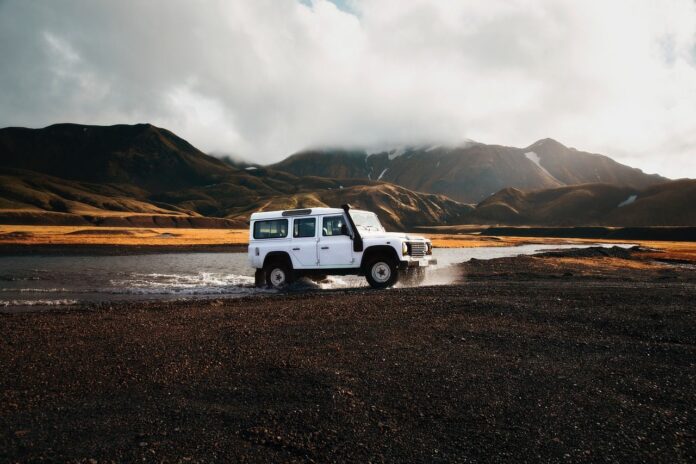 The watchdog launched an investigation after receiving complaints from members of the public following the ads’ appearance on TV screens in February of this year.

According to the authority, the first showed several Land Rovers driving in difficult terrain on an island. The ad ended with a Land Rover reverse parking on the cliff’s edge, using the vehicle’s parking sensor to guide them.

Furthermore, the second was a shortened clip of this ad. However, it also featured the same scene of the Land Rover parking on the edge of a cliff.

In a statement, a spokesperson for the agency explained that two viewers, who understood that parking sensors warned of objects behind the vehicle but not empty space, challenged whether the ads were misleading about what the parking sensor could provide.

The statement adds that Jaguar Land Rover Ltd agreed that parking sensors would not warn of empty space behind the vehicle.

They believed, however, that the side shots of the vehicle “clearly showed” that it was reversing towards a boulder, the size and height of which would have been picked up by the parking sensors.

Clearcast said they had advised that all sequences shown needed to be accurate demonstrations of how the vehicle and the features worked.

They noted that rocks were shown behind the vehicle and that the technology alerted the driver to them.

The ASA considered viewers would recognise that some of the scenes in the ads showed the vehicles driving in extreme off-road conditions, such as through waterfalls and across sand dunes.

However, the agency believes scenes were “more reminiscent” of driving in towns and cities. They included features such as roads, traffic lights, a roundabout, a car wash and a parking sign.

Why did the watchdog ban the ads?

Also, they noted the tag line was “wherever you find yourself”. Therefore, they believe that while the ads showed the vehicles using their features and manoeuvring in extreme conditions, it considered viewers would see them as illustrating how the vehicles would perform in all environments, including everyday settings.

A spokesperson explained: “We considered the ads focused on the reversing feature and included a scene with an in-car camera view.”

“The camera was shown in ‘on-road’ mode, and the sensor beeped as the vehicle approached the edge of the cliff over which the car would fall if the brakes were not applied.”

“Although some small rocks were visible as the vehicle reversed, they appeared to be incidental to the scene. We considered it was not obvious that the parking sensor was reacting to the rocks rather than the edge of the cliff.”

“We considered some viewers would, therefore, interpret that to mean that the car’s parking sensors could recognise when drivers might be reversing near a drop, which might include a smaller hill edge or a drop before water found in ‘on-road’ areas, both in urban and more rural settings.”

“Because we understood the car’s parking sensors reacted to objects behind the vehicle, rather than to empty space such as a drop. The rocks were not sufficiently prominent to counter that interpretation; we concluded that the ads misleadingly represented the parking sensor feature.”

Therefore, it ordered that the ads must not appear again in the forms complained of.

The authority instructed Jaguar Land Rover Ltd. to ensure their ads did not mislead about their parking sensor feature’s functionality.