Krone had added two new V12 forage harvester machines to its range in the form of the Big X 980 and Big X 1080.

The German giant says it has introduced the new models in response to an “increasing” global demand in the 900-1100hp segment.

The two latest models in the 680 – 1180 XXL range of harvesters are available as of now.

According to the firm, the most powerful agricultural machine in the world is currently the 1156hp Big X 1180, which has performed “exceptionally well since its introduction to the market in 2018.

This and the two new Big X 980 and 1080 models are powered by the “hugely” impressive Liebherr V12 engine.

All models in the range are naturally compliant with Stage V and Tier 4f emission standards (the latter requiring only SCR emission treatment).

Another strong selling point of these two new Krone foragers is the modified PowerSplit feature, the firm says.

PowerSplit stands for “customising the available engine power to current requirements just at the touch of a button”.

When the full engine power is not needed, PowerSplit allows operators to operate the Big X in the Eco-Power mode and in one of the various output ranges that are selected to suit various conditions.

The firm lists boosted efficiencies and a greater fuel economy as some advantages of this technology.

By comparison, in situations that require the full engine output, the operator selects X-Power.

This can also be activated automatically and continuously variably from the various output levels. The global giant believes this technology clearly increases operator comfort in daily operations.

Krone VariLOC – a gearbox inside the pulley that drives the chopping drum – makes the Big X “a versatile all-rounder”.

By easily reducing the drum speed from 1250 to 800 rpm, operators can increase the chop length by up to 50%. 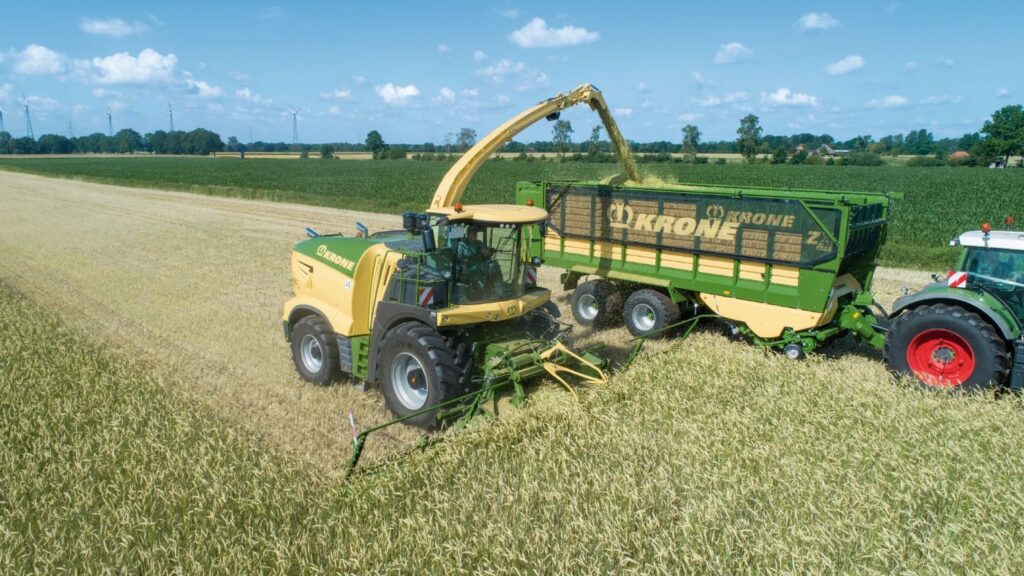 Meanwhile, new dual-purpose NIR Control sensor helps to measure and record nutrient levels in grass, maize and whole crop silage as these crops are being harvested.

This sensor, which secured numerous DLG awards, is suitable for use on a Big X and on a Zunhammer slurry applicator.

Last but not least, the new Big X 980 and Big X 1080 are equipped with SmartConnect – a standard telemetric unit that offers real-time collection and transmission of all machine data.

The data can then be communicated to Krone SmartTelematics and/or transferred to a farm management system via the agrirouter.

- Advertisement -
Previous article
Man (70s) dies in Tipperary farm accident
Next article
Blessington: Cattle to €1,460 over and ewes to €240 over