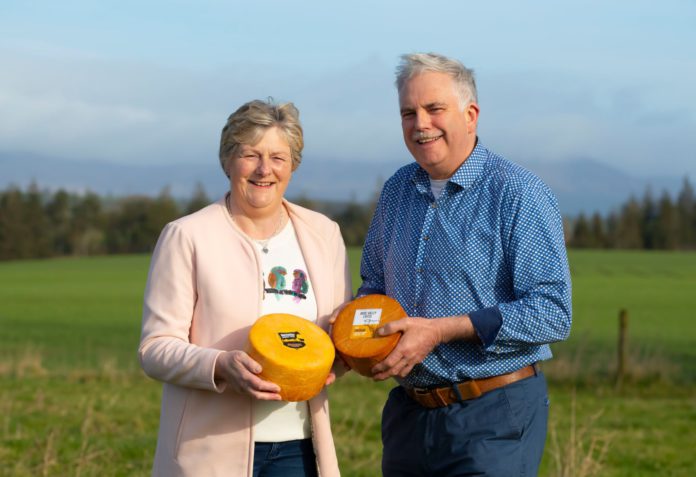 Knockanore Cheese: building a sustainable business for the next generation

What started as a passion for cheesemaking has grown into a formidable, diversified cheese business for Eamonn and Patricia Lonergan from Knockanore Farmhouse Cheese in Co. Waterford.

The Lonergan family, who has been farming in the Knockanore countryside for over 60 years, started making their handmade cheese in 1987.

Eamonn says they farm with a herd of about 180 pedigree Friesian cows. They do this on just shy of 200-acres on both their own land and rented property.

The farm started as a mixed farm operation with sheep, pigs, cattle, and cows. But in the 1970s, the focus increasingly shifted towards dairy.

According to Eamonn, the initial spark for his eventual love of cheesemaking stretches way back to his younger years in the early 1970s.

“We did not go on holidays often when I was a young lad, but one of the few times we did go was down to Wexford,” he told That’s Farming.

“I had an uncle who was an inspector with the Department of Agriculture and based at Wexford Creamery. I still have the picture in my head of the milk vats and cheese being made there.”

He adds that Knockanore Cheese still makes cheese in the traditional way, more-or-less as it was done at Wexford Creamery many years ago.

Eamonn says a TV programme on cheesemaking from the early 1980s also inspired him.

It featured renowned cheesemakers, Veronica and Norman Steele, two academics that left Dublin for West Cork and started producing cheese from their own milk.

“There was also the Ferguson family’s Gubbeen Cheese that started around the same time. I thought it was all amazing.”

“So when the credits came up at the end of the TV programme, it mentioned people from the University College Cork (UCC). I took note of this and contacted the university to find out about the external courses they offered.”

“This was in the time when you could arrive at UCC with your milk on a trailer pulled behind a car. That is where I started dabbling with different recipes and learned the basics of making cheese.”

This followed courses a few years later at Moorepark Technology in Fermoy. 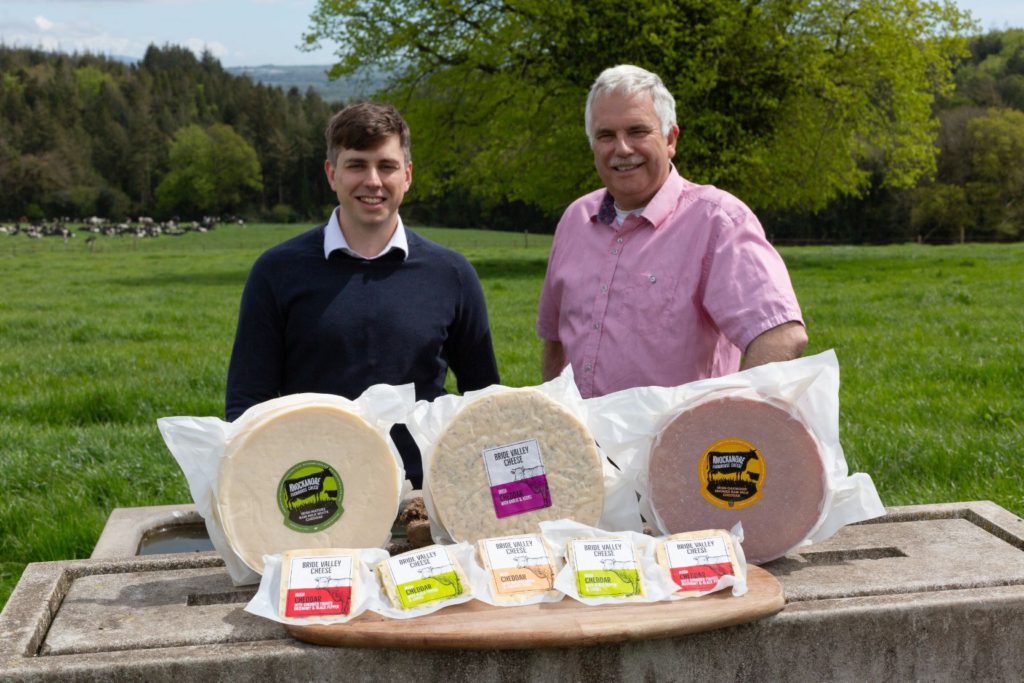 He says their premium cheese is still made from raw milk, as taught from the courses in those earlier years.

“Our aim when we started was to make a unique and subtle style of cheese and to maximise the depth of flavour by using raw milk.

“We very much attribute the richness of the cheese to the quality of grass on which our cows graze and the traditional techniques we use.”

Knockanore’s cheese is a hard-pressed, mature farmhouse cheese made in the cheddar style. It has a complex, creamy flavour, earthy tones, and a nutty aroma.

“I often say I went into cheesemaking not for the money but for the passion. When you do something that specialised and which is so different, you do it more for the passion than for making money.”

Eamonn says the enterprise grew from there and his passion for cheesemaking more and more had to make way for the business side of things.

3 legs to the business

Today, the business consists of 3 parts:

The farm’s cows calf in February, and the cheese is made from March to November.

“We make the cheese when they are on grass and finish off when they go off grass and come in for the winter.”

The whole cheesemaking process is completed on the farm.

As part of its commitment to sustainability, Knockanore Farmhouse Cheese joined the Bord Bia Origin Green program in 2015. It became a verified member in 2017.

According to Eamonn, the business has shown good annual growth, accelerating in the last ten years. 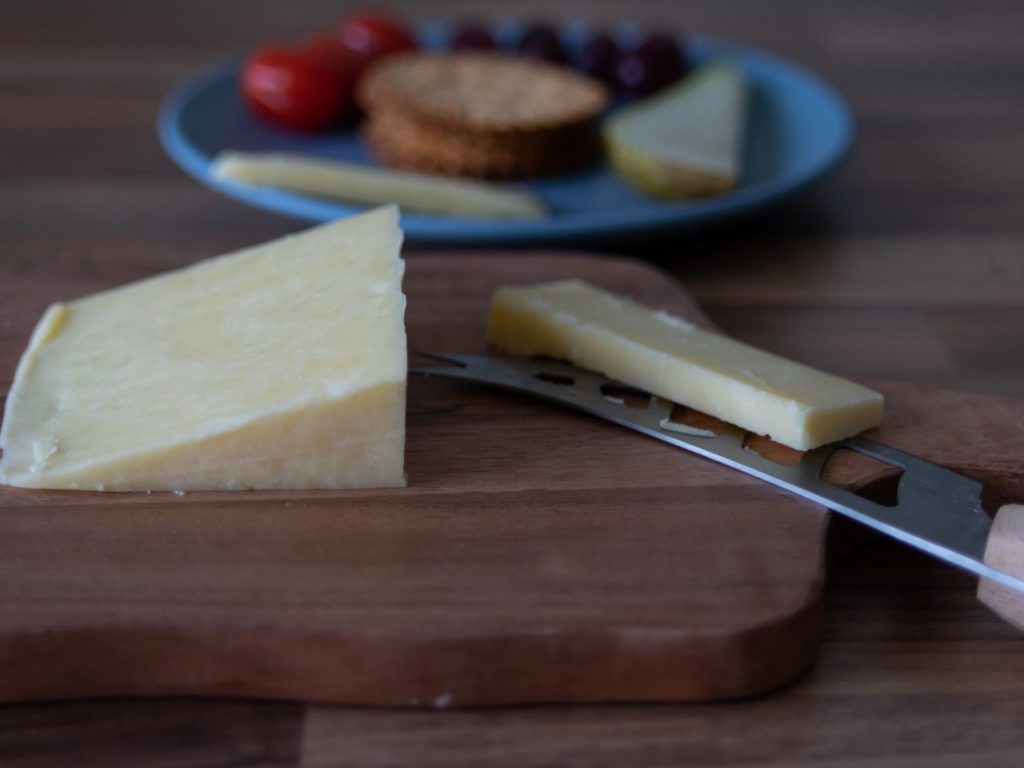 Much of the turnover growth has come from Knockanore Cheese’s diversification into cheese blending, as well as the contract cheese cutting and packing.

Eamonn says the diversification allows them to continue selling their top-tier cheese at the higher price points to interested clients.

At the same time, they offer their blended cheese with a wider selection to those who prefer a more affordable cheese. The blended line comes in at about €2 per kg cheaper than the premium Knockanore Cheese.

They sell cheeses via a range of distributors, including Pallas Foods, La Rousse Foods, Glenealy, and Sheridans Cheesemongers.

Furthermore, it is stocked by SuperValu, Dunnes, and a range of independent retailers.

They also export cheese to the UK, USA, and France. 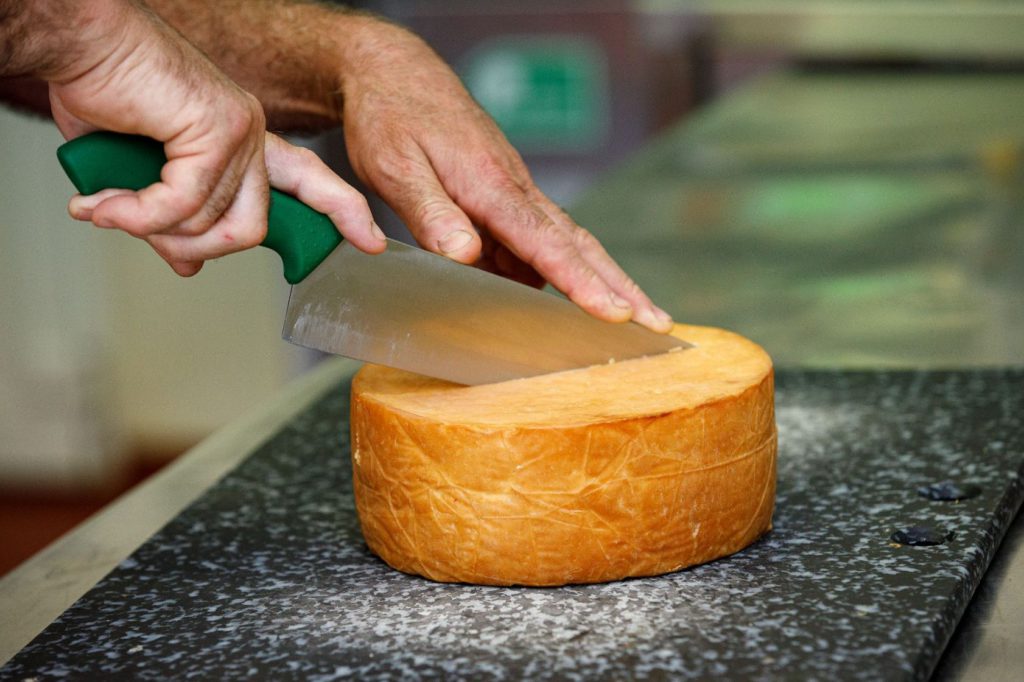 Regarding its success, Eamonn says much of it is down to hard work and not willing to give up. “I am a fairly determined individual.”

“You must also be willing and prepared to change and to adapt accordingly. That’s where the cheese blending and the cutting and packaging have come in.”

“I am happy to buy in cheese and cut and pack it, for example, Dunnes Stores. I could have stuck with only making and selling Knockanore Cheese but knew that people will only buy so much of it. They want variety on the shelf to choose from.”

He says being open-minded and thinking outside of the box has been crucial in growing the business. 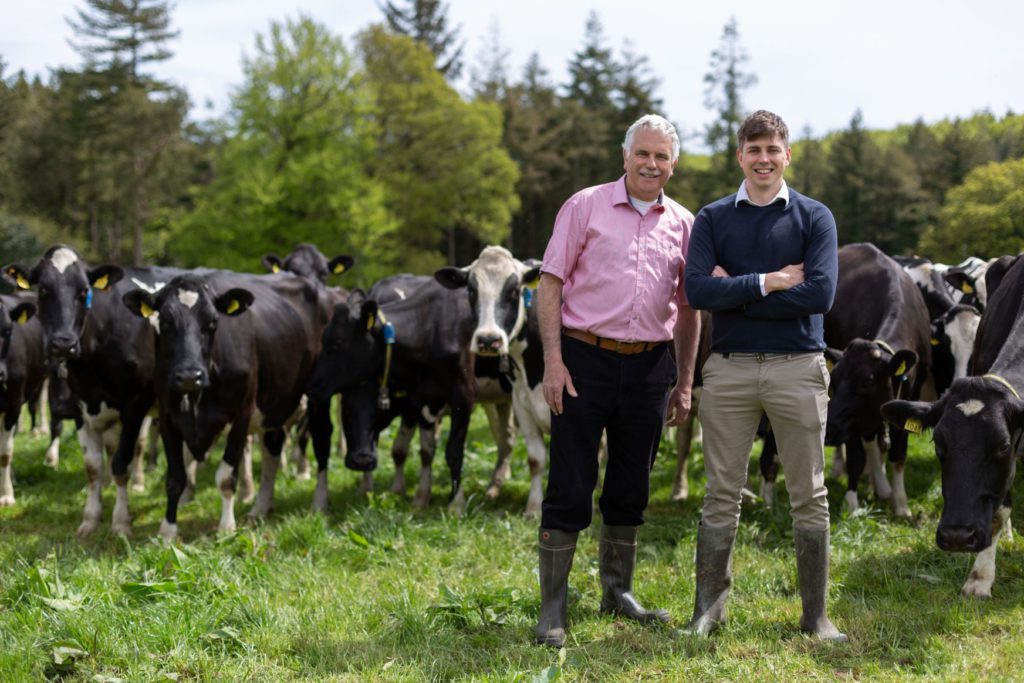 Challenges for the business

In the same vein, there are also many challenges the family business faces. For one, Eamonn notes, it is essential to stay on top of quality control consistently.

“Working and cooperating with the authorities has also been a challenge, especially since we work with unpasteurized (raw) milk.”

Looking to the future, Eamonn says his son, Edward, will come into the business full-time in the next 12 months. He currently works as an accountant in Cork and comes in part-time at the moment.

“Edward is coming in from a more business angle where I started out doing this because of my passion for cheesemaking.”

“Hopefully, with Edward coming into the business, I will be able to take a step back so that he can drive the business on further. The aim is to hand the enterprise over to him eventually.”

Also, Eamonn says his son has already completed his Green Certificate and completed all the necessary training needed.

“He has experienced a bit of life at this stage and is not going into this with his eyes closed.”

Moreover, Eamonn says that he has worked towards establishing a sustainable business for future generations over the past five years.

“You don’t want to leave something to your family that has no real future. You want to build an operation that delivers continued turnover and income to support the family,” he concluded.

**All images supplied by interviewee**