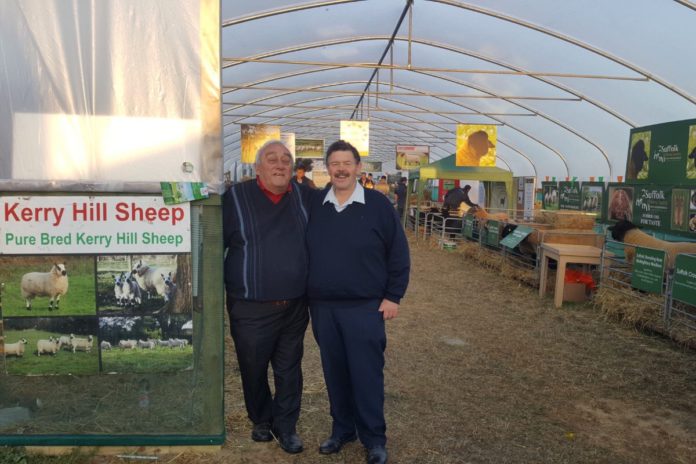 In this week’s sheep farmer segment, That’s Farming, speaks to Kerry native, Michael Neenan. He discusses inheriting his father’s farm and building up his Drumkeera cattle herds and flock.

In 1992, Michael Neenan and his wife, Mary, from Tralee, County Kerry, established Kilflynn Texels with the acquisition of seven pedigree Texel ewes from Frank Sheridan in Cavan.

He currently farms up to ten to fifteen pedigree Texel ewes and up to fifteen to twenty Belclare sheep under the Kilflynn prefix on a grass-based system.

The farm, which he inherited from his father, is 9-acres in size and he leases an additional 60-acres.

In 1988, Michael began farming a commercial flock with Mountain Blackface sheep which he crossed with Texels.

The County Kerry native expanded his flock by retaining females and carefully selecting bloodlines from other flocks.

“I will always remember the first ram called Cush Fancy Free, from a breeder, John Madden from Monaghan bred him,” he told That’s Farming.

“My father, Brendan, was a small dairy farmer and milked between twelve and fourteen cows.”

“I remember milking cows with a milking machine, taking milk to the creamery and selling turnips. We had a 9-acre out-farm, and I inherited that enterprise.”

Michael outlined why he selected Texel and later Belclare sheep, along with the characteristics he seeks in his breeding females.

“The reason I chose Texel sheep over other breeds is for hardy lambs at birth, good worm resistance and good conformation.”

“I strive to breed a sheep with a nice small head for ease of lambing, good conformation and good feet. Texel and Belclare sheep are similar, but they are completely different.”

“Belclare sheep would be more of a maternal sire and be bred for breeding females, so I would not have any preference over the two sheep breeds.”

Michael moved his lambing period from January/February to mid-February to March. He houses his sheep indoors and uses a camera system during lambing season.

“I found when I was lambing in January that the weather would not be very suitable to leave out lambs.”

“I found that by moving lambing out to mid-February onwards, there seemed to be more grass, and it was more suitable to my enterprise.”

He uses sponges and the ram effect to achieve a compact lambing. Michael runs a pedigree Texel and Belclare ram in the flock and uses a small amount of AI if required.

“I do not use much AI as it did not seem to work for me, so I keep a stock ram.”

This year, he purchased a new ram from the Kilclammon flock as part of his two-year renewal policy for males. He bought Kilclammon Exceptional privately from Liam Dillon, Newross.

Michael turns his ewes and lambs out to pasture immediately after lambing and weans them at three months. He further explained the system for his male and female progeny on the farm.

“I keep females as replacements and sell males to commercial farmers, mostly all by means of on-farm sales.” 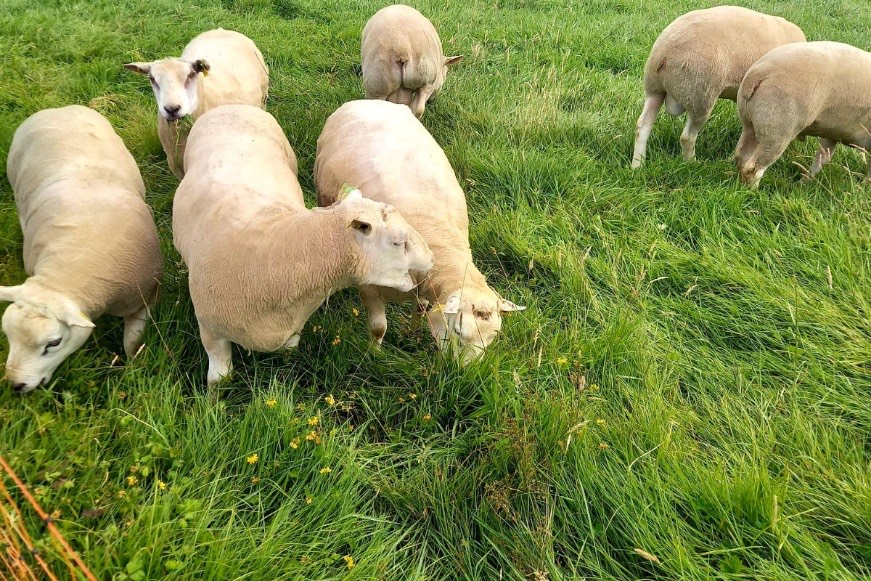 Michael explained why he gets great enjoyment and satisfaction from sheep farming.

“It is a change from agricultural contracting. I like animals, and I am dealing with farmers.”

“There is great banter. I enjoyed going to agricultural shows when they were on and meeting people. You have to be dedicated and constantly watching out.”

“Our biggest challenge up until now were lamb prices. My worry going forward is the fertiliser and meal prices going up; that will take a big chunk out of our money.”

Michael believes that to be successful in the pedigree sheep breeding circles, “it takes good hardy lambs, a lot of hard work, good sheep, and good worm resistance”.

“If I was starting my pedigree sheep journey again, I might go for a better sheep, but things have changed since I joined the society in 1992.”

Michael’s achievements at agricultural shows include having the overall champion in the Ballyvourney Show with a Texel ram lamb in the early 2000s.

“I did not compete in as many agricultural shows, now, as there is a bit of work involved. Moreover, I had eased back before the Covid-19 pandemic.”

“I do a bit of judging and have been called upon on a few occasions to do that at agricultural shows.”

Michael’s other involvement with sheep includes representing the Irish Texel Sheep Society’s southwest region on the council for six years and sitting as chair of the southwest area for over fifteen years. 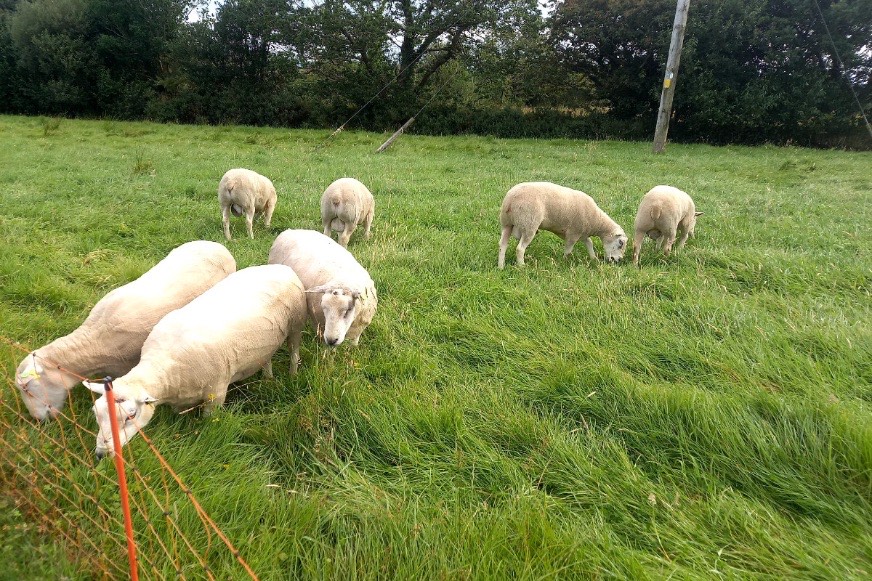 Besides his interest in sheep, Michael also owns twenty pedigree Aberdeen Angus/Hereford cows and is an agricultural contractor by day.

In 2002, he formed his pedigree Angus herd, acquiring Gortatlea Tess and Gortatlea Tessy, from Pat Landers. He expanded the herd by retaining heifers each year.

“I got into Hereford cattle by purchasing two maiden heifers at a sale in Castleisland Mart, and I built the herd up from that.”

Calving occurs from September to June on the Kerry-based farm.

“I try to calf Angus cows in a way where bulls would be 12-14 months of age when I sell them, and the Hereford bulls are two years before I sell them.”

“I use as many AI sires as I can, and I mop up with Angus and Hereford stock bulls. So, I would very much be for ease of calving and double five stars. Ease of calving will be a big issue going forward.” 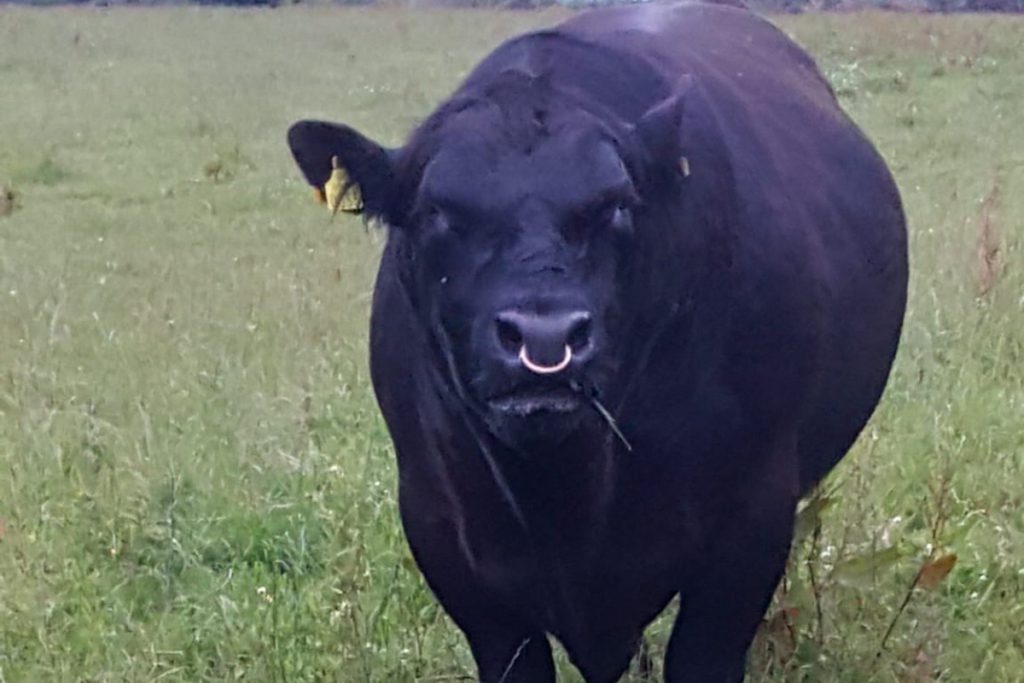 Next CAP and future

Michael plans to introduce new bloodlines, expand to 40 ewes and increase cow numbers to 25, whilst continue to focus on high-end sires.

“I am a member of Sheep Ireland and in the BDGP scheme. Therefore, I use top five-star AI sires and the same with rams; they are all double five stars.”

“If sheep prices do not hold, I cannot see sheep farming keeping going.”

“This year, sheep farming is a viable business, but there are a lot of hidden costs and feed/fuel prices that have gone up. At the end of the day, it will be all the same.”

“We will have to get at least €30/head in the next CAP under the Sheep Welfare Scheme,” the Belclare Sheep Society secretary concluded.

- Advertisement -
Previous article
Budget 2022: How it will impact your pocket as a farmer
Next article
25 renowned speakers for BioFarm 2021