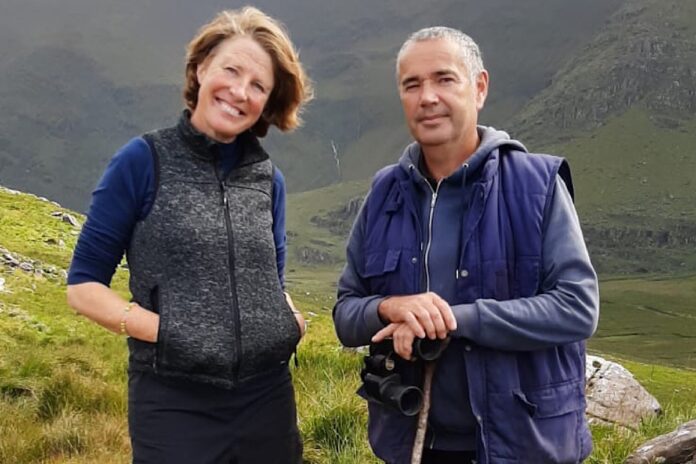 In this week’s sheep farming segment, That’s Farming, speaks to John Joe Fitzgerald, a Kerry hill farmer. He discusses his journey from carpentry to farming, wool prices, why he is becoming an organic farmer and the future of Irish sheep farming.

He spent fifteen years in London as a carpenter and, in 2002, returned home, married his now-wife, Karen, and moved back to the west of Dingle.

John Joe also trained as a joiner and completed the first year of his apprenticeship in Letterkenny, Donegal, in 1984 and then, from 1987 to 2002, he worked as a builder in England.

One of his main reasons for emigrating was that there was no work available locally, and he could not afford to stay in Ireland.

However, when he returned, he worked as a self-employed builder with the notion of running a small sheep flock.

This vision soon became his reality when the crash came in 2008 and pushed him back to the land, and following this, he decided to farm full-time.

He could not stay working as there was no work in Dingle, and everything came to a standstill.

In 2005, he began farming with a mixture of 25 Hilltex and Scotch ewes (and later some Belclare) on land he leased to other farmers while away in the UK.

Joining the BETTER Farm Sheep Programme was a key part of John Joe’s journey as he changed sheep breed and is in his third year with Dingle Scotch hill ewes. 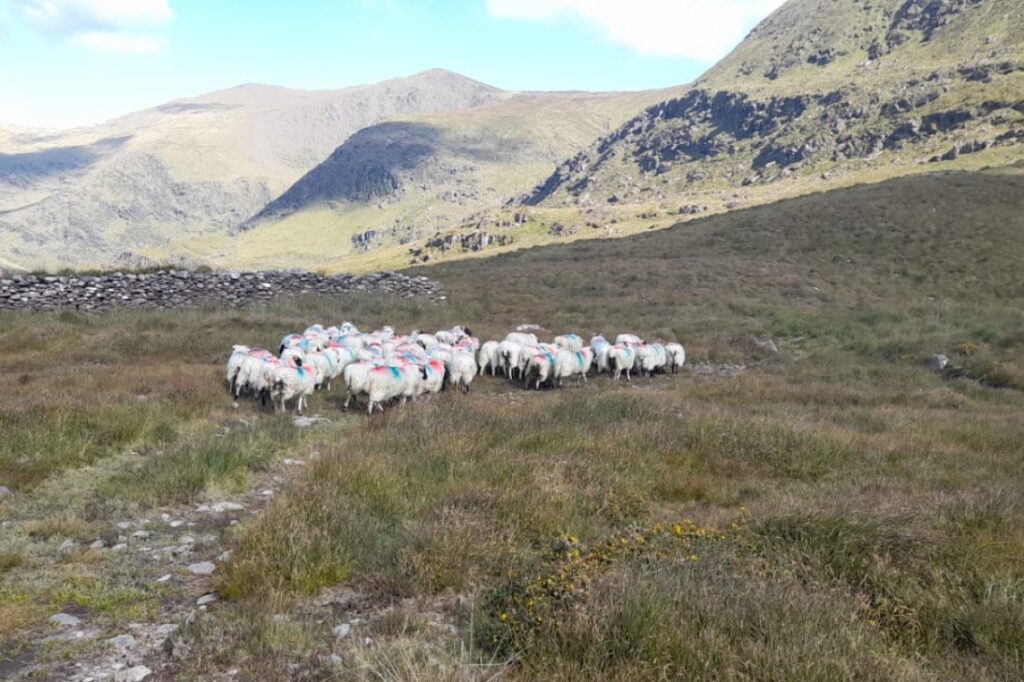 He felt the breed’s advantage of being low maintenance suited his land type. The farm aims to have a complete hill flock and get better utilisation from hill ground.

The farm consists of 200-acres of owned commonage and 25-acres of improved lowland. In addition, John Joe has a half share on 54-acres of rented course field for the winter, and other farmers use it in the summer.

He chooses Dingle Scotch because of its hardiness, and in addition, he invested in a Mayo hill ram two years ago at Maam Cross Mart.

His experience with the Dingle Scotch ewe is that they lose their hardiness, and by crossing this with the Mayo Hill ram, he breeds a hardier sheep.

He crosses this back again to the Dingle Scotch for a bigger frame, which gives him a better carcass.

John Joe buys his rams at Dingle Mart or local farmers and uses stock rams due to the cost associated with an AI programme.

Between November 10th and 20th, he introduces his replacements with the Dingle Scotch ram and a Suffolk ram to the poor-performing sheep, to produce saleable lambs.

It also allows him to outwinter ewes on the hill as they do not come off it until mid-March, three weeks before lambing, which gives him a “good” grass cover for grazing.

He lambs ewes outdoors, housing them in a shed with around 25 mothering pens for 24 hours after lambing, which allows him to identify how lambs perform in unfavourable weather conditions. 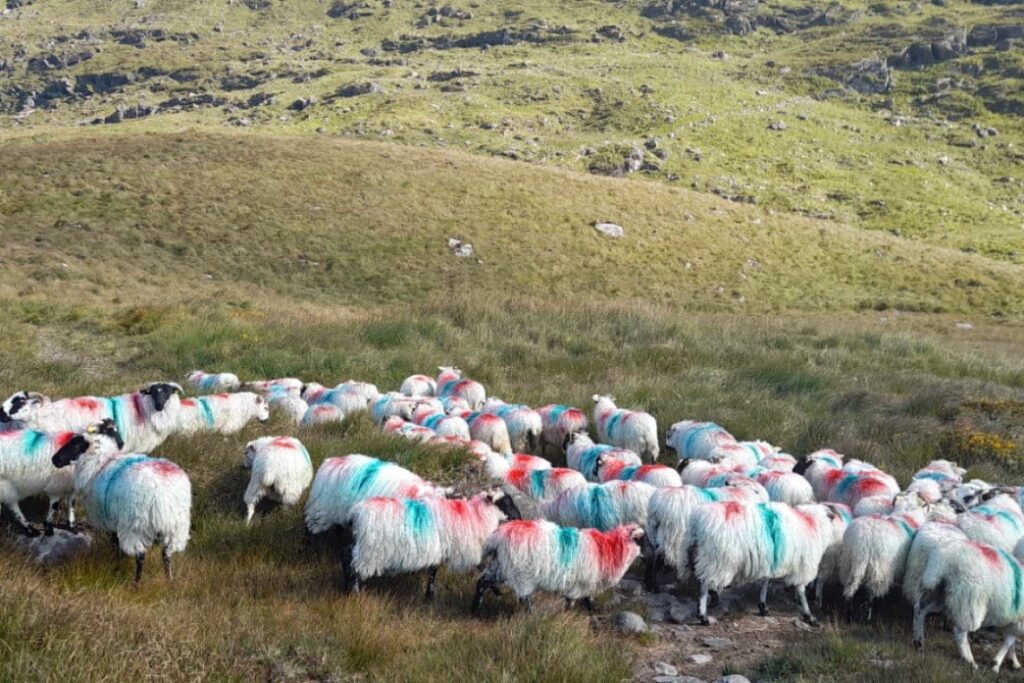 Lambing commences on April 10th, with 95% taking place in three weeks, concluding on May 1st, which allows him to have grass available on the hills and on the lowland.

He achieves a compact lambing season by culling ewes not within a body condition score of 3 before breeding and by introducing the ram to ewes for five weeks, which results in most being served within four weeks.

John Joe scans in the first week of February, with this year’s results showing everything in-lamb except six ewes out of 160.

He plans to retain 40-50 ewe replacement ewe lambs annually. Moreover, he only keeps ewes for five years, and culls old ewes as “they do not perform well on the hills, which causes a lot of issues at lambing time”.

He sells his male progeny at stores in Dingle Mart and cull ewes in the local mart or through Dingle Lamb Co-op.

“I feel we are not getting the returns at the market that we deserve,” John Joe told That’s Farming.

“Hill farmers get very little return out of sheep farming, and that is a big drawback. It is hard to encourage the youth to come into farming unless they are born into it.”

“I feel we are doing a good service to the environment and are one of the only types of farming that is carbon neutral, and our state agencies should do more to promote our lamb and mutton more.”

John Joe feels wool prices were “poor this year, and for the Dingle Scotch hill ewe’s wool, you get 5c/kg and 10c/kg and 20c/kg if you had a half-bred ewe”.

“You are only getting 30c/kg for a fleece of the back of a sheep, and you are paying anything up to €3 to get the ewe shorn, so you are at a loss straight away.”

He feels farmers “put a lot of effort into it and keep ewes in good condition”.

“It would be a great move to see some action on wool prices and the establishment of the wool council.”

“If you look at wool for organic farmers, there is nine or ten per cent nitrogen in sheep’s wool, and if this were shredded and pelletised, it would give organic farmers the opportunity to have their own local fertiliser to use throughout the year and also use the wool for insulation of houses.”

“At the moment, if you retrofit a house in Wales and pull a government grant to do it, you have to use homegrown Welsh wool; why cannot we do the same in this country? It is a disgrace that we cannot do something with it.” 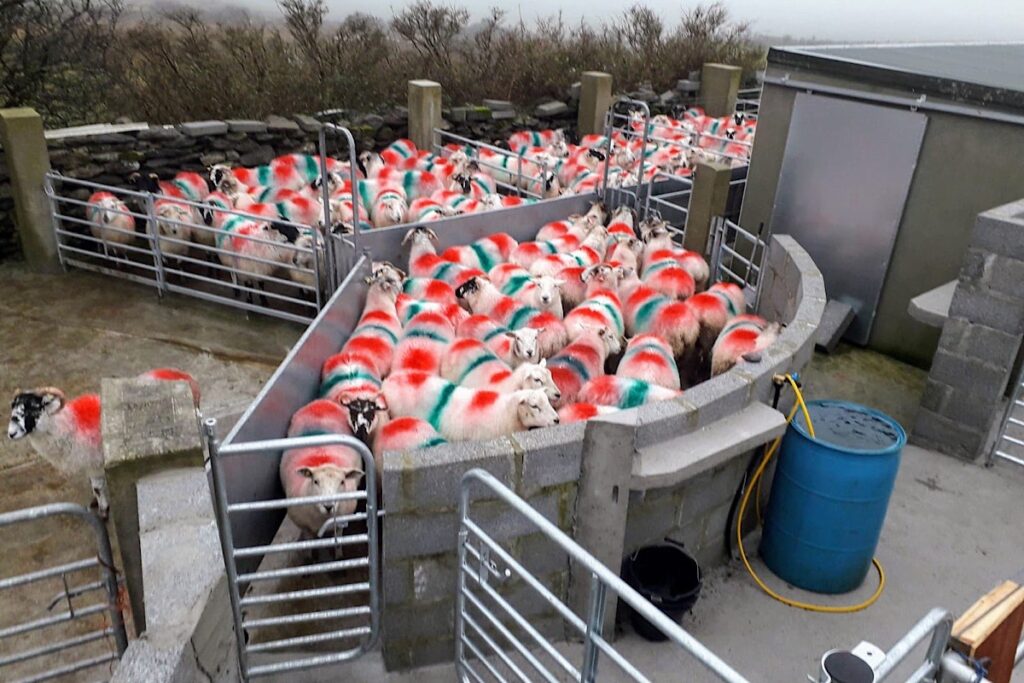 As a previous participant of the BETTER Farm Sheep Programme, he manages his grassland in a paddock-based system and measures grass.

Next year will be a learning curve for John Joe, as he will become an organic farmer from January 1st.

He has recently become certified and will have to research what alternative fertiliser he can use to manage the land.

“It is something I am looking forward to because that is the way we are going as farmers, and we are semi-organic at the moment.”

“I suppose this year was a wake-up call for us as we could not buy fertiliser as it was too expensive. So, going forward, if there was local organic fertiliser, why not use it and cut down on our fertiliser and things like that? So, I think it would be a good idea going forward.”

“One of the reasons I got involved in farming associations is to make sure there is a future for the next generation of hill farmers. I know we will not be rich doing the farming, but if you had an off-farm income, your farm set up and developed properly, you would earn a small income out of it.”

“We are becoming an endangered species, and everyone is on about the birds and the bees, but the way to look at it is at the moment, as hill farmers, we are becoming extinct.”

“I will keep fighting the battle for hill farmers and try to encourage the youth into it. It is a hard life, but money is not everything at the end of the day. If you are happy with what you are doing, why not stick with it,” the sheep farmer concluded.