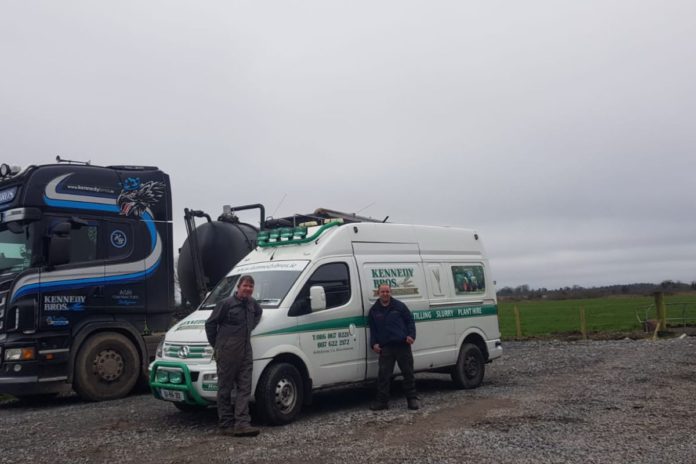 As part of this week’s Contractor of the Week segment, That’s Farming, speaks to John Kennedy from Kennedy Bros who runs a contracting business with his brother, Tom.

“A busy contractor cannot keep a tractor past 6,000 hours.” Those are the words of 43-year-old John Kennedy, who runs Kennedy Bros in partnership with his brother, Tom.

The Coolatubber, Ballyforan, Co. Roscommon, native carried an interest in contracting from a young age and helps his dad on his 80-acre farm, who purchases up to 60 heifers each year.

“I went to secondary school, completed the Junior Certificate and then straight to work; I have never stopped working since. It was always contracting; I was going to go at, even If I went to school or college, I was still coming back to it,” he told That’s Farming.

“I was just born and bred into it and had a great interest in it. Even though it is the most challenging life, I have a young family and do not get much time to spend with them,” added John, who is married to Cathriona with their three children Cathal (13), Caoimhe (7), and Diarmuid (10). 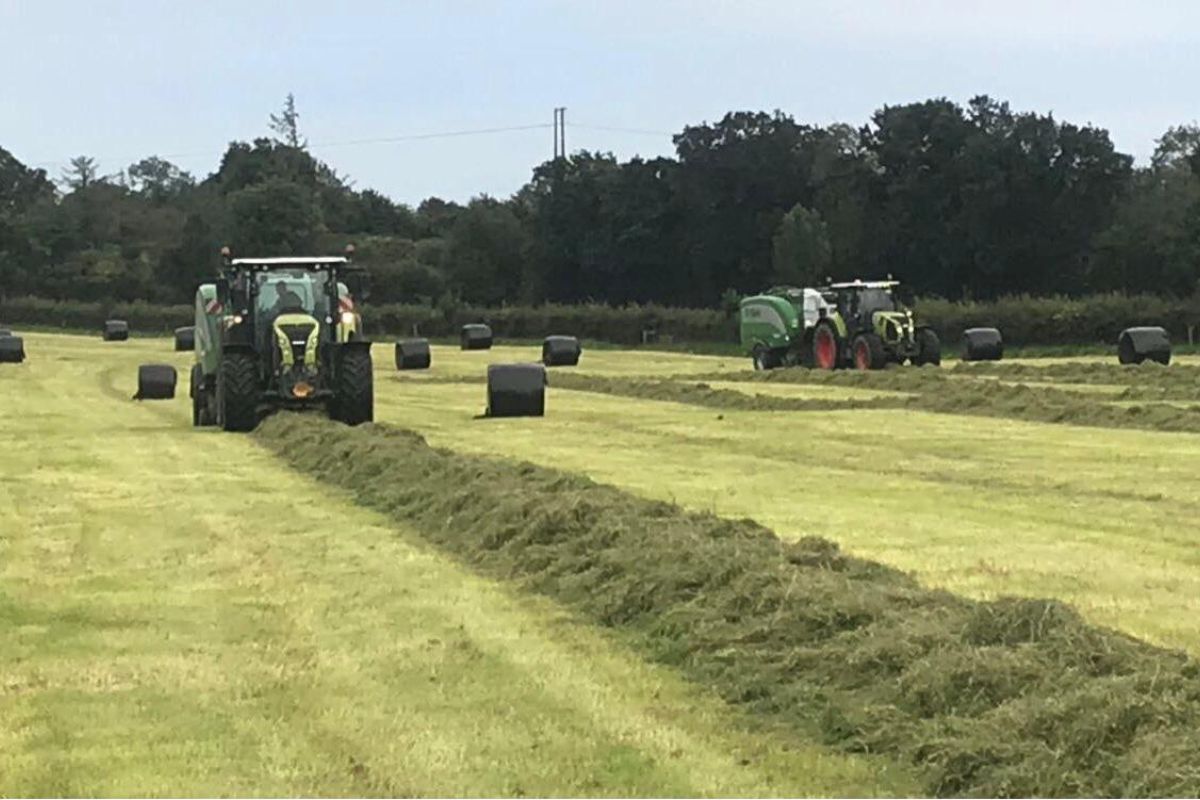 Today, they employ six staff for the slurry season and a further thirteen people for summer work. The business operates within a 15-mile-radius of Roscommon, Galway, and parts of Athlone.

“My grandfather has nine in the family, and three of his sons were contractors. The business was always there; my grandfather handed it down to my father, and we formed the company; the expenses are extremely high in running a business.” 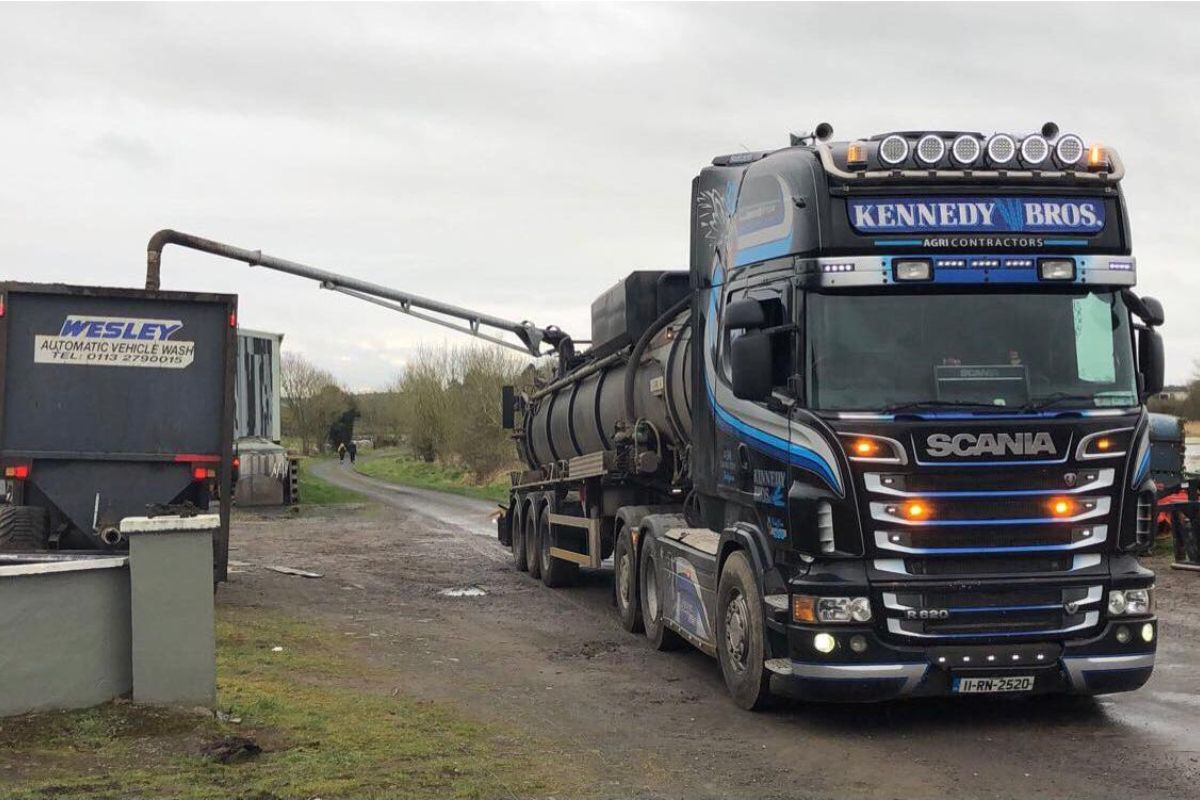 “Machinery is getting too costly; the problem is the rates are not moving as the farmer cannot afford it.  We are taking the hit for the machinery.” 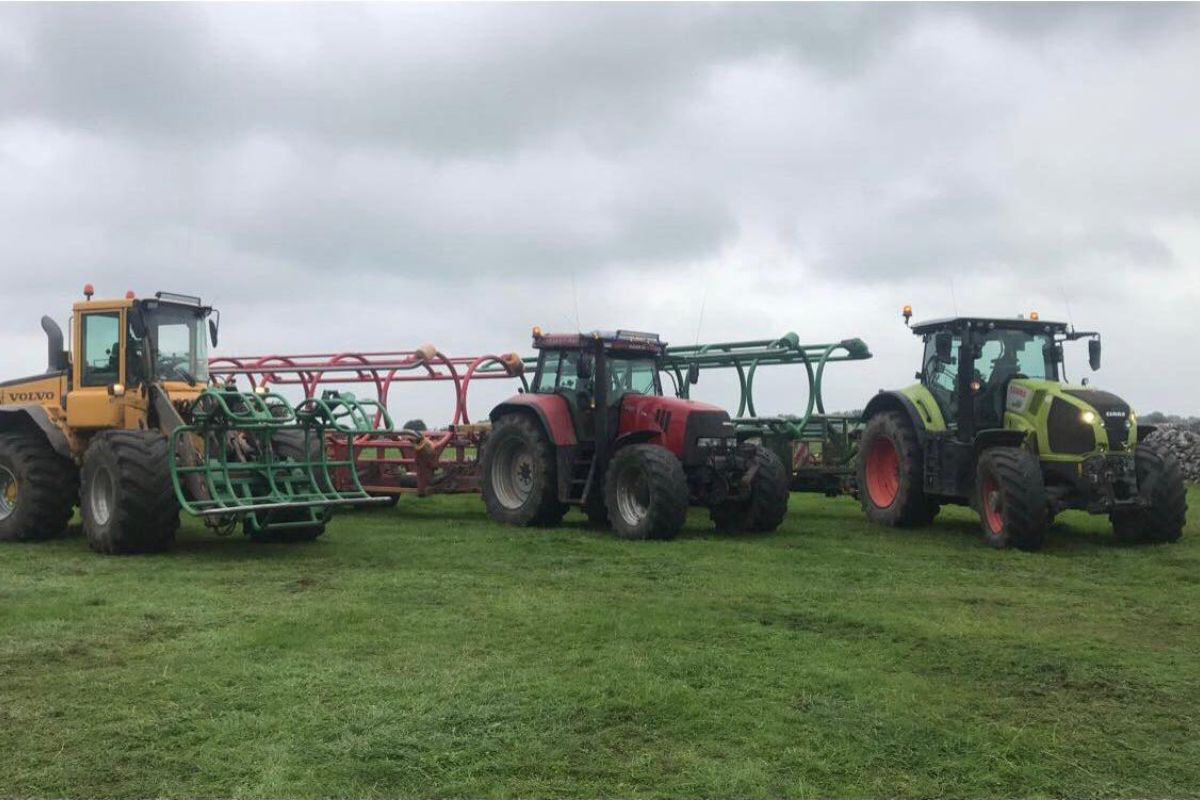 The Kennedy Brothers deal with Quigley’s Garage a CLAAS  dealership, in Ahascragh County Galway, 7km from their yard.

“In 2011, we bought our first CLAAS tractor, and we kept buying CLAAS. We bought a new John Deere in 1999, which still runs in the fleet.

Quigley’s Garage is very important; we try to do the work ourselves, but time goes against us. They are outstanding in keeping things going, we are going strong with them since, and we have kept the tractors changed.”

“We are putting up big hours on the tractors and working them hard; the biggest problem is they get worn out. We traded two 2015 CLAAS tractors with 9,000 and 10,000 hours on them. A busy contractor cannot keep a tractor past 6,000 hours because we are so busy; we cannot afford downtime.” 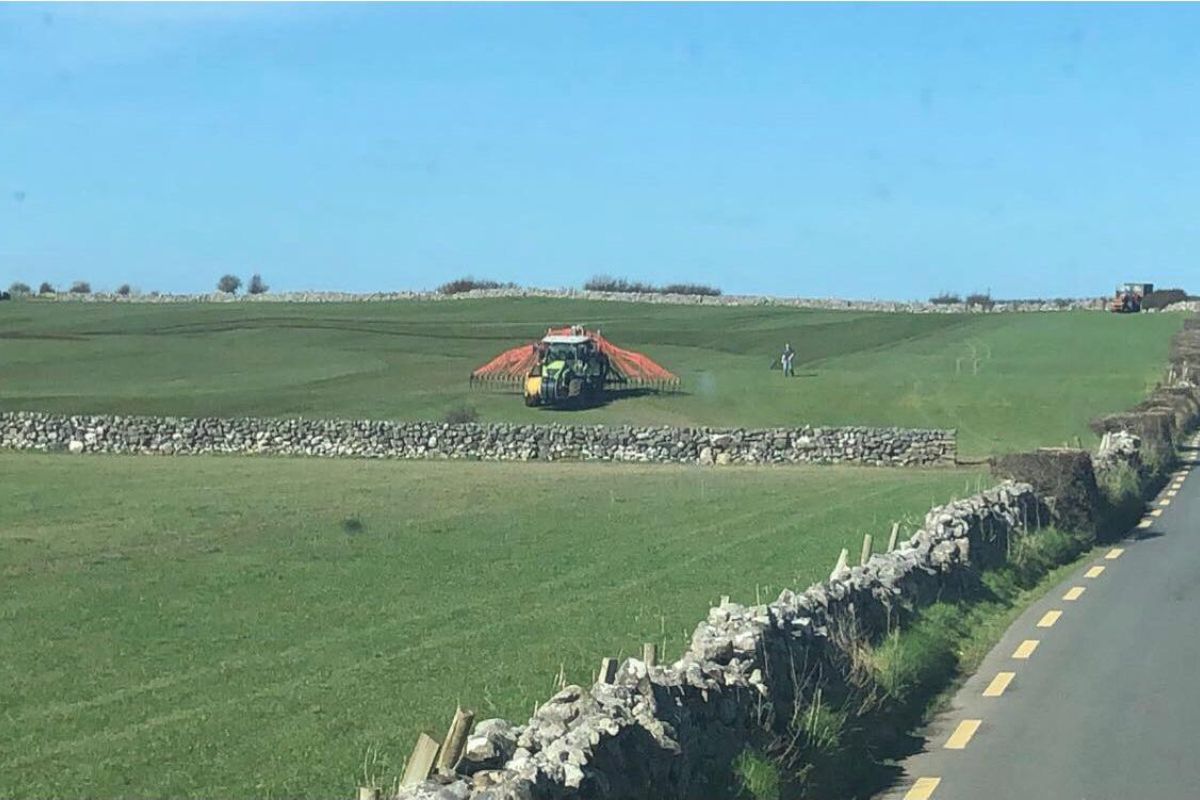 According to John, piping slurry through an umbilical system is a big business, which helped him expand their customer base and explore new avenues.

“We started on January 15th and it was mayhem with tankers because of terrible weather. When we got the pipes, it made is easier as we are starting straight away and getting huge volumes of slurry out.”

Looking ahead, John can see getting drivers a challenge. Still, he is happy enough to continue with the workload and hopes his sons, who will be the fourth generation, can follow in his footsteps.

“In the summertime, the baling is extremely hard; peak times, we work day and night to get over the volume of work.”

You can find out more information about Kennedy Bros, by visiting here