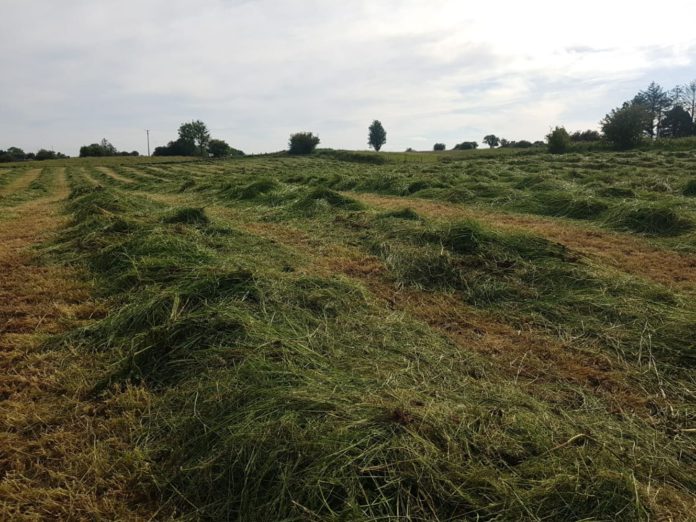 According to Met Éireann, temperatures are set to soar to 27 degrees this weekend.

As a result, The Marie Keating Foundation urges the public to be ‘SunSmart’ this week.

The national forecaster predicts that there will be warm spells of sunshine this afternoon (Friday, July 16th, with cloudier conditions near north-western coasts.

Temperatures are set to reach between 21 to 25 degrees with lows of 11 to 16 degrees tonight.

It will be humid and mild tonight, with mist and fog to form in parts due to northerly winds or near calm conditions.

Again, warm conditions will prevail tomorrow with highs of 27 degrees. It will be cloudier near north-western and northern coasts.

The national forecaster has warned that there is a chance of a light shower in the south-west later in the day.

Meanwhile, it will be mild tomorrow night, with temperatures remaining above 14 degrees across much of Leinster and east Munster.

According to the national forecaster, values will not fall below 11 to 13 degrees elsewhere. There will be clear skies in most areas, with mist and fog to form in light, northerly or variable breezes.

It will be dry with sunny spells for most on Sunday, with cloudy conditions possible across the country’s north.

The national forecaster has outlined that light, isolated showers are likely to develop in the south-east from the afternoon.

It will remain warm with highs of 23 to 27 degrees, with slightly lower values of 19 to 22 degrees further north.

Sunday night will see a mix of clear spells with some mist and fog to form in light, easterly breezes.

It will be mild, with temperatures to remain above 14 to 16 degrees over the island’s southern half. On the other hand, values will be slowly lower, 11 to 14 degrees, further north.

Current indications from Met Éireann suggest that it will be mostly dry with sunny spells and light, easterly breezes on Monday.

There will be some light showers, although temperatures will remain high from 22 to 26 degrees.

Again, Tuesday will be another mostly dry and sunny day with light, easterly winds. It will remain very warm, with values to hit 22 to 26 degrees.

Met Éireann stated that current indications suggest that it will continue to be warm, dry, and sunny, with a change possible from Thursday.