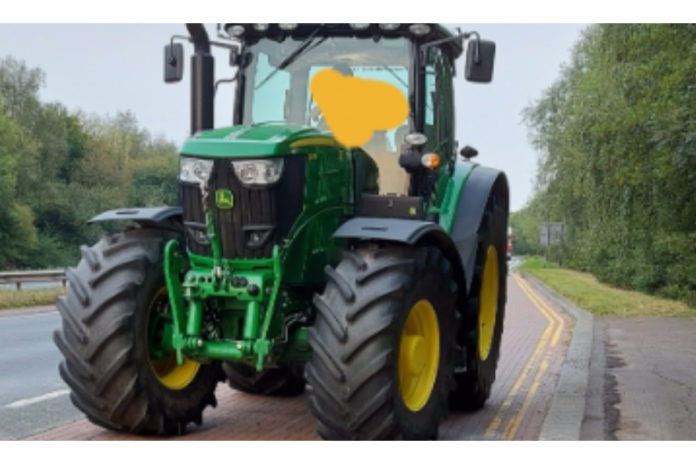 A tractor driver in UK was landed in hot water after they caught using a mobile whilst behind the wheel.

The discovery was made as part of Project Edward and Operation Lightning, which aim to detect drivers breaking the law.

The John Deere tractor was travelling along the “busy” A50 at Foston when they were spotted by police.

In a tweet, a spokesperson for Staffs Police Road Policing Unit said that this is what they refer to as one of the ‘fatal four’ offences.

These offences are identified as inappropriate speed, using a mobile phone while driving, not wearing a seatbelt and drink driving.

Offenders who use a mobile phone when driving face a fixed penalty notice, if caught, with six points add to their licence and a £200 fine.