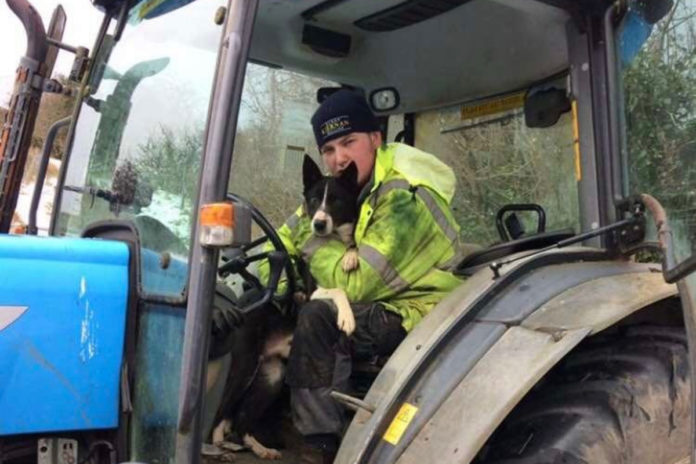 The inaugural James Cull tractor run has raised over €36,000 for charity.

Friends and family of the late Roscommon farmer organised a tractor run in his memory in December 2020 in aid of North West STOP.

According to organisers, €36,963 has been raised for the charity, which will allow it to provide some 924 hours of free counselling sessions.

North West STOP is a non-profitable suicide prevention organisation that offers up to 8 free counselling sessions for all ages that cover counties such as Sligo, Longford, Leitrim, Donegal, Roscommon, Cavan, and Mayo.

“Over the past year, North West STOP has been beyond good to his friends and family, leaving the organisation very close to their hearts.”

“STOP receives no government funding, so they rely entirely on donations and the generosity of the public to continue their services.”

“The most important thing about STOP is that there are no waiting lists, so anyone who is needing help will be seen immediately.”

“They are also the only organisation in the North West that provide an out-of-hours service, which basically means if you want to see a counsellor in the evening or at the weekends, then they can do that!”

“A lot of people don’t prioritise their mental health because of work or family commitments, but with STOP, they make it more accessible.”

Statement from organisers of the James Cull Tractor Run

In a statement on social media on May 2nd, 2021, Kevin, and Leah, said:  “Only nearly 5 months late, but we finally have our final tally – €36,963. This will provide 924 hours of free counselling sessions with North West STOP-Suicide Prevention.”

So sorry for the delay, the restrictions got in the way, and we were still getting donations until April. Again, we would like to thank each and every one of you that donated and helped out. We are still so overwhelmed.”

The organisers issued a special word of thanks to:

Organisers confirmed they hope to host another tractor run this year.