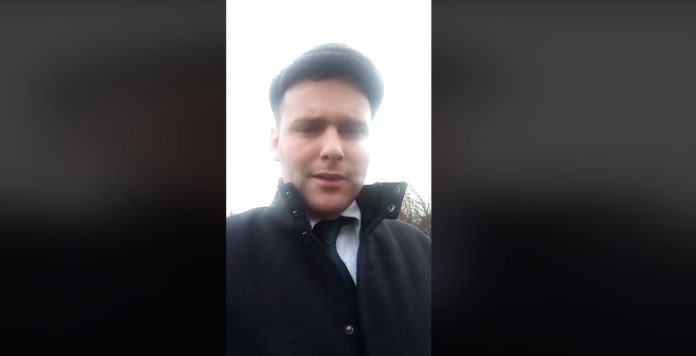 26-year-old farmer, James Conway, will contest the upcoming general election as an independent candidate in the Sligo-Leitrim constituency.

He lives on a farm in Ballinacarrow, Co. Sligo with his mother Annie, father Christie, partner Roisin and their two children; Jayden and Celia May.

Conway also runs a sheep shearing business during the summer months, covering Mayo, Sligo and Leitrim and also works in the construction sector during the autumn and winter.

“I am running in this election because I believe the rural Irish population is declining quickly and receiving little to no help from central government to stem the tide of depopulation,” Conway told Catherina Cunnane – That’s Farming.

“I do not want to see a day where the countryside, I love so much, covered in trees and the characters, I grew up with, are all dead and gone, with no one to take their place.”

He is of the belief that rural Irish dwellers have been forgotten about by successive governments.

If elected, Conway said he will speak up against the government’s “continuing ostracism and down-right disregard” for rural dwellers. “We pay the same taxes as urban dwellers and receive little to nothing in return.”

“Little to no public transport, water, that in most other countries, would be considered undrinkable.”

The Sligo native said he is concerned about the “constant” closure of Garda stations, post offices, pubs and rural schools.

“The social fabric of rural Ireland is being actively destroyed in an effort, as outlined in the Government’s 40-year plan, to drive us into centralised urban centres. This must stop now.”

Speaking about his agricultural-related concerns, Conway said: “We live in one of the most fertile and idyllic farming landscapes in the world and yet, our TDs describe us farmers as environmental criminals and economic villains.”

“If elected, I will actively attempt to break-up the monopoly that meat processing companies have on price manipulation in this country. It is quite clear to me what is going on.”

He said that a concerted effort is being made to drive small farmers off their land and put it in the hands of business under the “guise” of economic and environmental progress.

“Nothing could be further from the truth. How dare a bunch of bureaucrats to try to drive us off the land that our forefathers ploughed, harrowed, sweated and bled for.”

It is not correct that a shop, pub, or restaurant in a rural part of the west of Ireland, should be subject to the same tax and rates as if it was positioned in O’ Connell Street in Dublin, according to the election candidate.

“Large corporations pay a tiny percentage of their income worldwide in Ireland as their accountants and lawyers are well paid and fully aware of the tax loopholes our country provides.”

“If we can actively support the Apples, Intels, and Facebooks of this world, then the same supports should be in place for small family businesses.” Conway outlined.

He said that if politicians had shown the same regard for the homeless, evicted tenants and sick children of this country as they have for “straws and reusable cups, we would be a far better people”.

“We account for 0.13 % of the world’s carbon output why are the government shouting so loud? We’re not a pinprick in the ozone layer.”

“If China, India and America do not move to lower their emissions, then all our attempts are an excuse for people to clap each other on the back and pretend we’re doing our bit.”

“We have not even had what would be considered one century of industrial output in any other country.”

He stressed that the last recession was worldwide and “threw” Irish children to the “corners” of the world.

“If history shows us anything, it’s that recessions occur in 12-18-year cycles, we’re soon due one and if our house is not in order, we will suffer an economic collapse, not a recession.”

“The Fine Gael-Fianna Fáil Government has shown an underlying concern to save Ireland’s face internationally to the markets and bankers of the world and ignore the massive domestic problems we are facing.”

“The truth of the matter is we are not in recovery, we are in massive debt. If it wasn’t for the reckless lending practices of this government’s predecessors, the complete lack of action and creative monetary policies by this current bunch of highly educated imbeciles, we wouldn’t be.”

James said that when he returned from his work abroad, he was “only welcomed home” by his family and friends.

He revealed that Government policy and legislation made him feel as if he wasn’t welcome back. He said his no-claims history from abroad was “thrown away”, despite it being in a country that would recognise Irish no-claims.

“Attempts to apply for planning permission for a house had a set of hoops to jump through that Duffy’s circus would have been proud of.”

“To add insult to injury, VRT had to be paid on all vehicles coming back, despite this tax being completely illegal.”

Conway said he does not want to see an Ireland where poverty is “again rampant”. If we do not address the corruption, monopolies, business cartels, and legislative roadblock, our collapse is not likely, it is certain.”

“The times of looking at other people’s troubles and saying, ‘damn them, I’m alright’ has come to an end,” Conway concluded.