ROI-bred females with Belgian Blue influence were among some of the highest-priced cattle at Jalex’s Winter Wonders Sale on Wednesday, December 28th, 2022.

Over 125 in-calf Simmental, Blue, Charolais, Angus and Limousin-crosses came under the hammer at the sale, alongside a selection of hybrid bulls.

In this news article, That’s Farming previews some of the highest-priced lots on the day.

At 6,800gns was this Gaskbeg Royal Producer R234 daughter out of a Limousin-cross-Belgian Blue dam.

Ahead of the sale, James described her as a “very special heifer, as good of an Angus as I have seen, with the conformation and muscle of any continental”.

She was the champion native in Thainstone the day the herd purchased her, and Blair Duffton described her as “one of the best animals” he had ever brought to Thainstone. 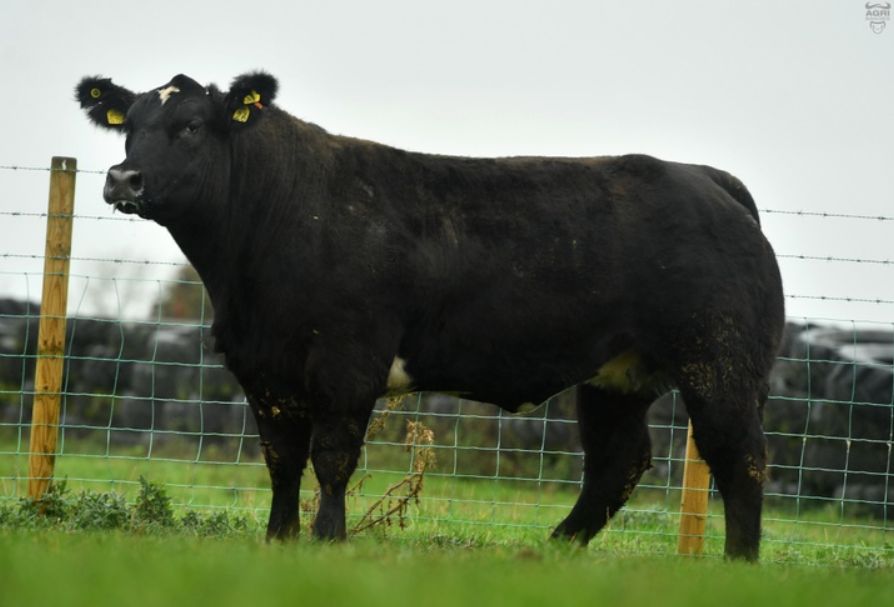 This former show heifer was tapped out as the senior heifer champion at Carrick Winter Fair 2021.

The Jalex herd purchased her when shown in Donegal last December. 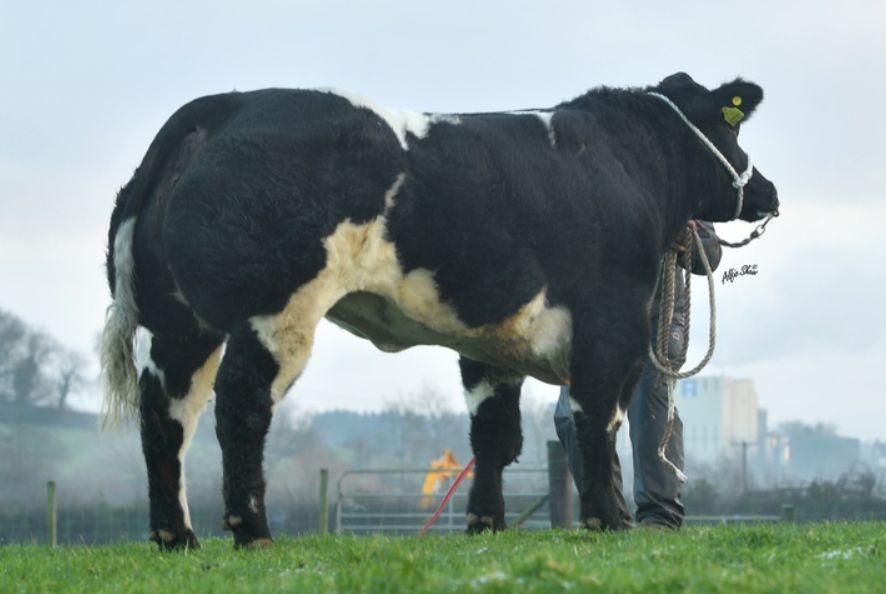 At 5,000gns was this 740kg February-2020-born DBZ daughter out of an HCA dam, which the catalogue states is “definitely one well capable of breeding a show-quality calf one day”.

She is also ROI-bred, like the previous lot, and was “a real one from the day we saw and bought her in the field last year”, James commented. 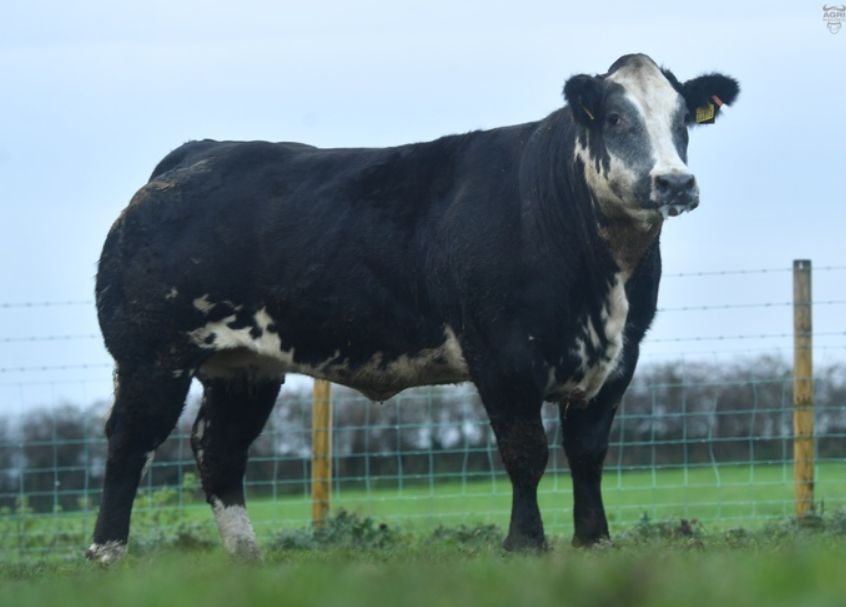 Hitting the 5,200gns mark was a Boroside Jagerbomb (AI BB bull) daughter out of an NHL dam.

The December-2019-born heifer is a half-bred Blue, with 25% LM and 25% Simmental blood, the catalogue states.

Another ROI-bred heifer, the Jalex herd purchased her when she was 290kgs and she now crosses the scales at 830kgs. 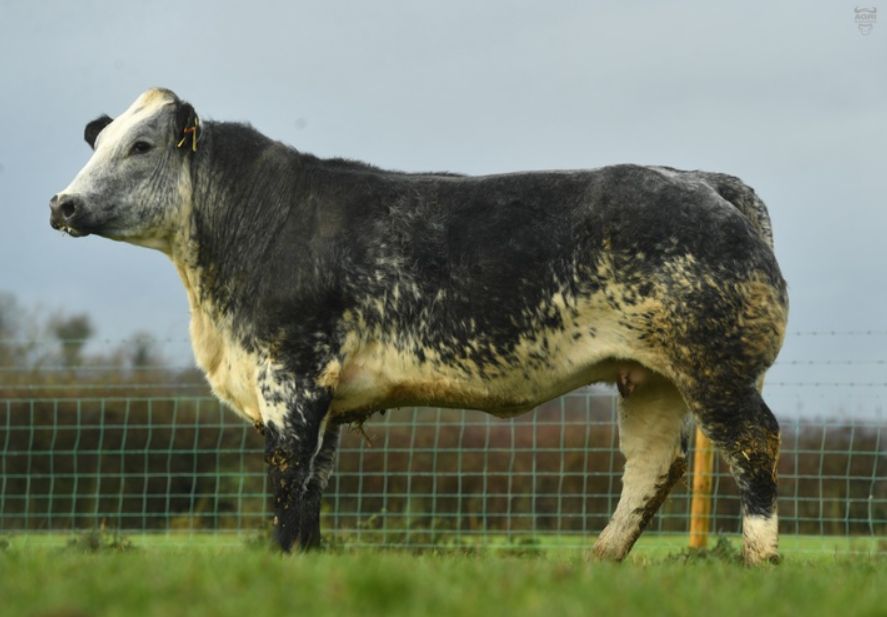 Bred by the Dunlops from Holehouse Farm, this March-2020-born ¾-bred British Blue heifer is out of Bedgebury Kent and Netherhall Extra Special. 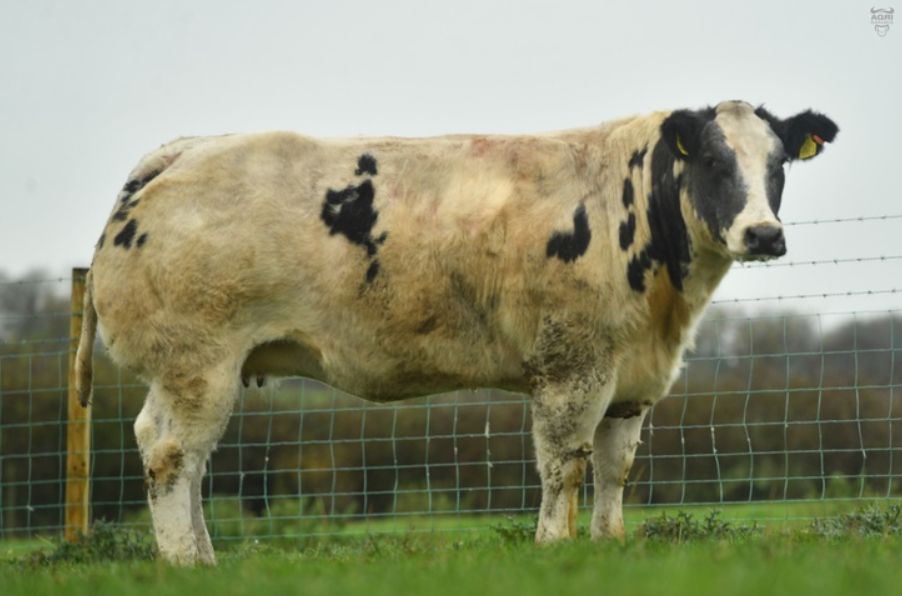 Changing hands at 4,500gns was a TFH daughter out of a Charolais-cross-Belgian Blue-dam, which is due on 16-03-2023 with a heifer calf by Corcamore Romeo.

She was born in June 2019, weighed 740kgs, was also bred in the ROI and is a female to “breed both quality and colour”. 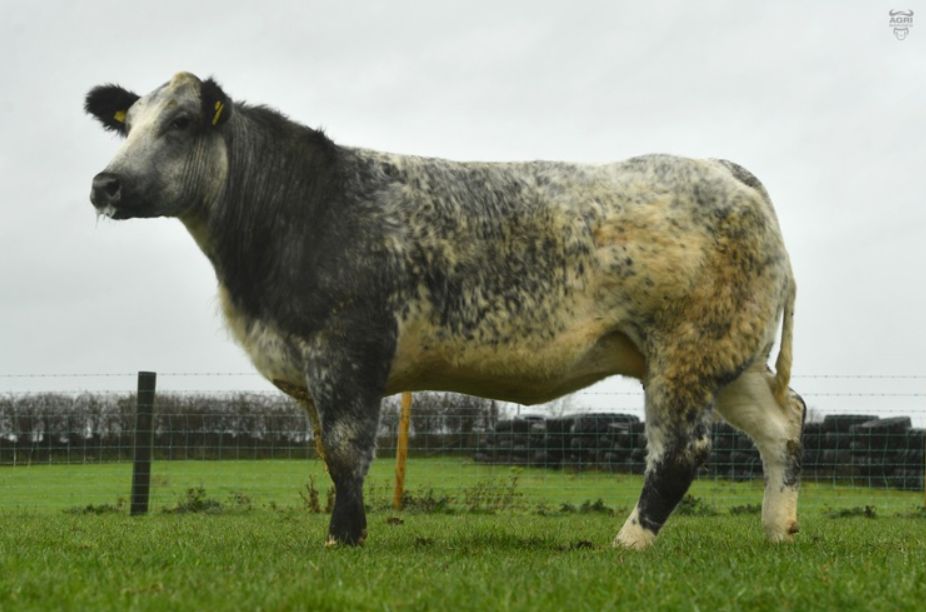 At this four-figure sum was a roan hybrid bull by the easy-calving Lodge Hamlet out of a Ballyfin Borat ET dam.

The ROI-bred Limousin-cross-Belgian Blue weighed in at 780kgs and is ideal to produce nicely coloured, sellable calves, the catalogue states. 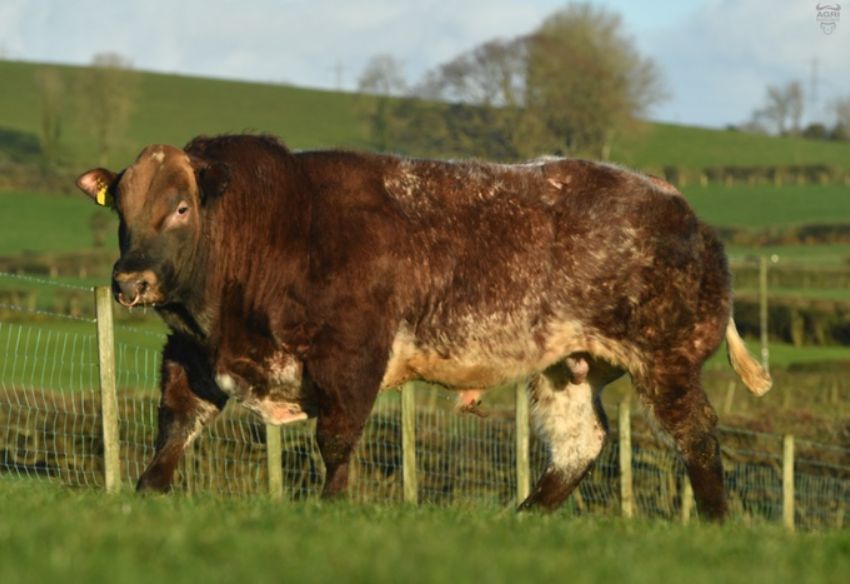 And lastly, at 4,000gns was a Boroside Jagerbomb ET daughter out of a Charolais-cross-Angus cow due on 14-03-2023 to Brookland Poet with a heifer calf.

Another ROI heifer, she was born in March 2020 and crossed the scales at 700kgs at this week’s sale. 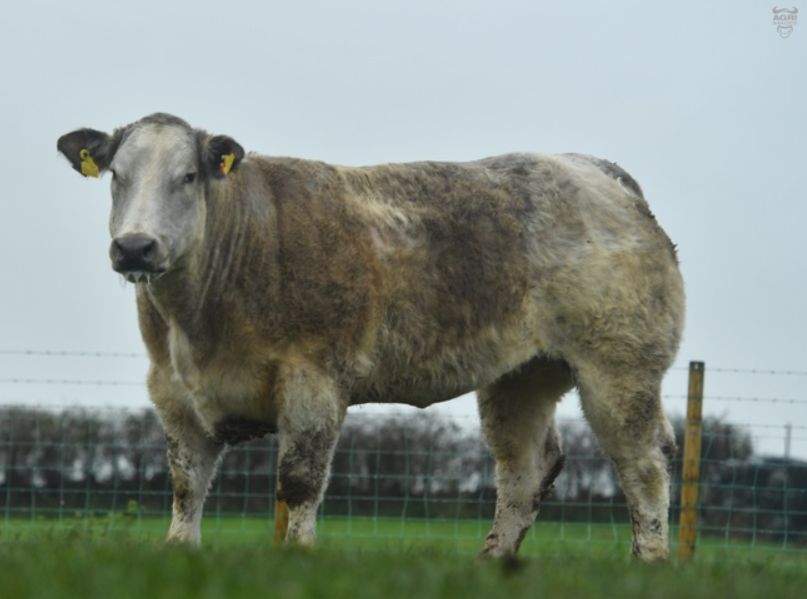 - Advertisement -
Previous article
Quiz: How well do you know Cloonradoon Ricky?
Next article
‘There is a disconnect between farming and what we eat these days’