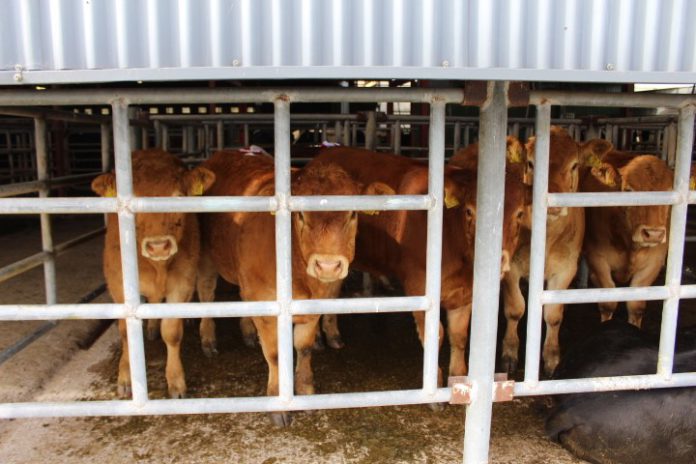 “Level 5 restrictions at marts are having a very serious and significant impact on farming families and rural communities.”

Those were the words of Independent TD, Carol Nolan, as she addressed An Taoiseach, Micheál Martin, during Leaders’ Questions yesterday (Tuesday).

The deputy said she has been inundated with calls to her offices about the matter.

“It does not make sense, given that food production is deemed to be an essential activity, that farmers are not allowed to go in along the ringside given the absence of broadband.”

“It is also affecting the prices farmers are getting and I have been told it is having a significant impact on the prices received. This is unfair and unjust for farming families.”

She said marts in this state have been managed “very efficiently” and have been compliant with Covid-19 protocols. Nolan has called on the Taoiseach to intervene as it is “unfair, and this situation is simply not good enough”.

“In May this year, Facebook announced that it is to build a 37,000 km undersea cable around Africa to provide it with better internet access.”

“The cable will connect 23 countries in Africa, the Middle East and Europe. At37,000 km in length, Facebook claims that the cable will be nearly equal to the circumference of the earth.”

“Compare this to our own dire situation where, almost a decade on from 2011, we still have to raise basic issues about the lack of a vital service such as rural broadband, which is putting many counties and regions on the back foot.”

In its recent report, the National Competitiveness Council, she said, makes it “absolutely clear” that the shift to remote working by a significant proportion of the workforce has highlighted the absence of quality, high-speed broadband across this state.

“Indeed, recent events have reinforced the view that the challenges and frustrations for individuals and businesses working in areas of very low or non-existent connectivity remain stubbornly high.”

“Despite almost a decade of talk about a national broadband plan, there has been relatively no action. this issue has generated significant concern in rural Ireland in particular.”

“Over the past two weeks, 19 of the 68 marts across this state have been affected by almost total broadband failure.”

“Edenderry and Birr marts continue to operate with speeds of less than 30 Mbps. Ballinakill Livestock Mart in County Laois is operating with speeds barely above 30 Mbps.”

Nolan is awaiting a “substantive” reply to a letter she wrote to the Minister for Agriculture, Food and the Marine, Deputy McConalogue, on October 21st about the issue.

Martin said restrictions in marts “mirror exactly” what happened between April and June 8th during the first phase of restrictions.

“While it posed challenges, people managed to get through that. We are saying that for the six weeks of level 5 restrictions, it is important that we work to try to get through them, notwithstanding the challenges that they present.”

“I do not understate those challenges. I think it is important that we work collectively to get the case numbers down. This is the most effective way to do it across the board in terms of a societal response to this.”

“We can concede to each sector as we go along, and before we know it, we are back at some other level that will not be effective. That is the issue for us as a society.”

“I know the Ministers, deputies Ryan and McConalogue, have been talking to deputies from all parties who have engaged with them, especially on issues relating to rural Ireland.”

“Our own TDs and senators have been very strong and assertive on these issues.” He has “no doubt” that the ministers will come before the house and talk to deputies from all parties.

- Advertisement -
Previous articleFarmers should budget for at least a six-month winter – Teagasc
Next articleVIDEO: Dáil suspended after row between Michael Healy-Rae and Taoiseach over pheasant shooting