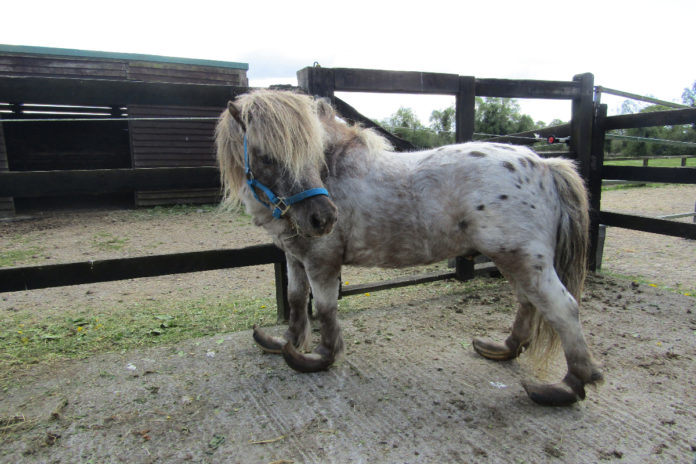 The ISPCA recently rescued an abandoned Shetland pony, who was unable to walk due to his hooves being “horrifically overgrown”.

The pony was discovered in Co. Offaly after a concerned member of the public contacted the National Animal Cruelty Helpline.

Frontline Inspector Deirdre Scally investigated the call and said: “When I discovered the pony and saw the level of neglect he had endured, it was one of the most distressing and worst cases I have ever seen.”

The pony was taken to the National Animal Centre in Longford for urgent farrier treatment. The horse was named ‘Apache’ and an investigation is ongoing to locate the owner as he was not microchipped.

Inspector Scally added: “Apache is now doing really well in ISPCA care, however, he has a long slow road ahead of him requiring ongoing and extensive farrier treatment.”

“He will need to remain in our care for some time before we can begin to prepare him for a new loving home.”

“It would have taken a very long time for Apache’s hooves to grow to this horrific state and this case highlights the importance of regular hoof care, a crucial component of responsible pet ownership.”

The ISCPCA has reported that their inspectors have already seized over 51 equine animals this year, 35 in the past 9 weeks during the COVID-19 crisis.

If you wish to donate to the ISPCA, click here.