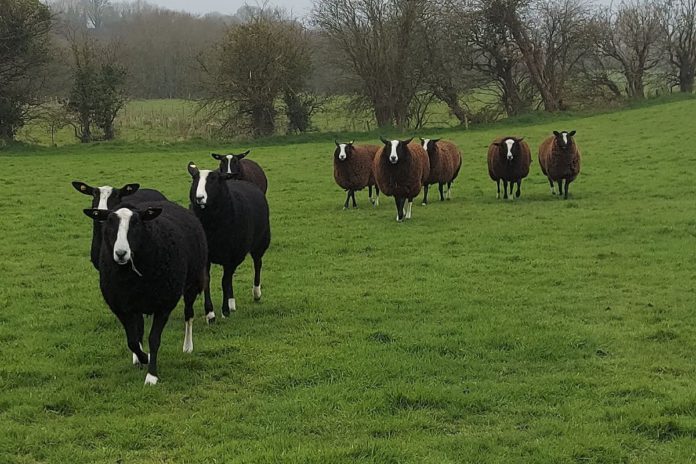 The Irish Zwartbles Sheep Association (IZSA) was formed in 2021 as a result of Brexit.

The group is formally known as the Zwartbles Sheep Association – Southern Ireland Branch (ZSA-SIB), which Ray Sweeney, along with like-minded breeders, formed in 2010.

According to the group, Ray was the first person to bring Zwartbles into Ireland and is now its honorary president.

“We aim to promote and develop the Zwartbles breed as a pedigree sheep across Ireland while highlighting the benefits of the Zwartbles ram as a terminal sire in commercial breeding.”

“Since January 1st, the Zwartbles breed in Ireland no longer has pedigree status in the eyes of the Department of Agriculture.”

“Sheep imported from Northern Ireland and the UK are not eligible to enter an EU flock book. Up to now, Grassroots UK hosted the Zwartbles database. This was not an issue as the UK was part of the European Union.”

“With Brexit looming, the IZSA secured a flock book with Sheep Ireland. It now has established a database for the breed in Ireland.”

“The IZSA intends to host a flock book that will welcome and incorporate all breeders of Zwartbles sheep across the island of Ireland.”

The IZSA revealed to this publication that it has applied for pedigree and zootechnical recognition for the breed in Ireland with the Department of Agriculture, Food and the Marine.

“In the meantime, we will continue to breed top-class Zwartbles with proven genetics with the help of Sheep Ireland and through the breed development programme that we have designed.”

If you would like more information about the sale, the breed, or the Irish Zwartbles Sheep Association, please the society’s website.

Alternatively, you can contact the society’s secretary, Pauline – zsaireland@gmail.com

We interviewed Pauline earlier this year.

Have you a news story? Email – info@thatsfarming.com

- Advertisement -
Previous articleSacrificing holidays and working long hours to fulfill a farming dream
Next articleBullocks to €1,195 over at Roscommon Mart