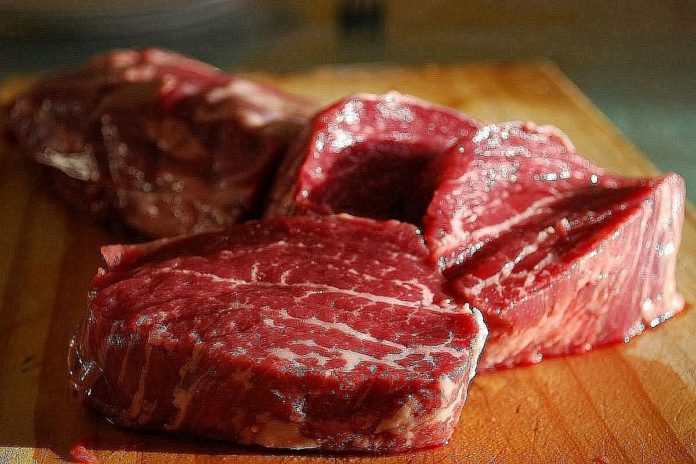 The Independent Farmers of Ireland (IFoI) is calling on consumers to purchase their food from reliable sources, including local farmers’ markets and local butcher shops.

It has said that it will continue its “surveillance” of all retail outlets for incidents of mislabelling and misrepresentation.

The IFoI made the point as it reacted to the recent discovery of beef, labelled as being from Azerbaijan, on a shelf in a SuperValu store, as reported by us here.

A spokesperson for the supermarket chain said the “mistake” occurred in one store on a limited number of packets and was amended to display the correct label.

“Bord Bia does not allow the use of their Bord Bia approved logo on Irish meat wrapped in-store at the butcher counter.”

“All our Irish beef wrapped at our butcher counters is 100% Irish and Bord Bia-approved.” the spokesperson concluded.

In a statement, the IFoI said: “This Azerbaijan beef revelation comes on the back of a recent revelation where chicken sourced from China was being sold in Laois.”

“It comes as no surprise to the independent Farmers of Ireland (IFoI) that beef sourced from Azerbaijan has been offered for sale in a Supervalu store in Ireland.”

“Supervalu / Musgraves, have for many years, marketed their produce as locally sourced Irish produce and on the back of their commitments to local producers, have enjoyed great community support.”

The group said Supervalu prides itself on its market share and reward their customers loyalty through its real reward points.

“We feel they have been disloyal to their customers some of whom have historically supplied their outlets.”

“IFoI calls on all farming families to ‘boycott your local Supervalu store forthwith’, return your real rewards card to the store, and to instead source your food from reliable sources including local farmers markets and your local butcher shop.”

“Irish farm representative organisations are being constantly told by processors and government that global demand for their produce is falling and that falling prices merely reflect this reality.”

IFoI said it does not accept this and the “overwhelming evidence” supports its view.

“IFoI firmly believe that cheaper foreign imports are being regularly used by processors, facilitated by Bord Bia and the retail sector, to supress any potential price increase that would normally occur when produce becomes scarce.”

The group said it also raised these, and other concerns, at a recent presentation in Kilkenny to officials from the CCPC, calling on them to initiate an investigation into these anti-competitive practices.

“Irish producers are not the only losers in this deception. Irish supermarket customers are being sold third-world produce for first-world prices.”

“Much of this third-world produce is produced without any standards for consumer safety.” the spokesperson added.