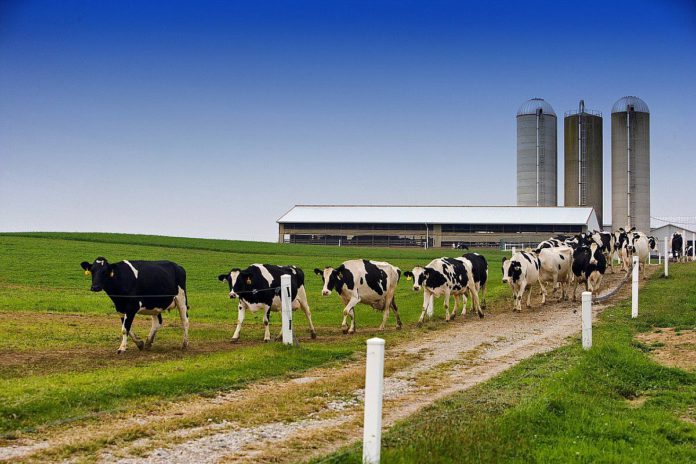 A new report on the Irish dairy industry and its position relative to a number of leading EU countries as well as New Zealand has been launched.

An Analysis of the Irish Dairy Sector Post Quota is a collaboration between Teagasc and Cork Institute of Technology.

It begins by charting the growth in the dairy sector post-quota removal. The research then positions Ireland relative to the Netherlands, Denmark, Germany, France, and New Zealand in relation to the milk prices farmers receive.

The profitability of milk production in these EU countries along with the UK is then presented.

The report goes on to critically evaluate the Irish dairy industry with reference to the investments in processing capacity and seasonality. Finally, the report considers funding models for processing investment around the world.

Commenting on the report Dr Declan O’Connor, lecturer in Cork Institute of Technology, said: “Across the five-year period studied, from 2014 to 2019,  when milk prices are compared using the LTO (Monthly Milk Price comparison for milk), the Irish milk price was lowest of the EU countries considered, with the Dutch milk price the highest.”

“An average difference over the period of 5.2 cent per litre was reported between the Irish and Dutch, with the other EU countries falling between these two.”

“The Irish milk prices, however, followed the commodity market returns for skim milk powder and butter during this period.”

Dr Laurence Shalloo, Teagasc researcher, said: “When the profitability of milk production was compared across the countries, even though the Irish farmers received the lowest milk price, their cost base was substantially lower, resulting in the highest profitability.”

The report evaluates the impact of the seasonal nature of Irish pasture-based systems on milk price and the impact of expansion investment on money available to pay a higher a milk price, the researcher added.

The research found that Irish dairy farmers enjoyed the best net profit margins from milk production among Europe’s dairy farmers by a considerable distance, the period 2014 to 2017.

The higher milk prices paid across Europe only partly compensate for the higher costs of production incurred by dairy farmers in those countries.

The Irish net margin was the biggest, despite a perception that returns from milk production in Ireland are lower, due to the milk price paid in Europe. This is achieved substantially because of lower production costs.

The research found that dairy processing capacity utilisation in Ireland stands at approximately 62% when averaged over the full year, which compares utilisation levels of over 90% in the other EU countries.

This under-utilisation of processing capacity results in higher processing costs, which combined with Ireland’s product mix, is the major factor in determining the lower milk price paid in Ireland.

Notwithstanding, the study illustrated that seasonal milk production in Ireland has generated additional advantages beyond lower costs.

The research team found that it is substantially more profitable for the Irish dairy industry to invest in additional processing capacity for expansion rather than trying to flatten the milk supply curve.

The report suggests that care needs to be taken when benchmarking industry performance based solely on milk price.

Comparisons should reflect farmer profitability, investment in processing capacity relative to who has made the investment and seasonality to ensure that the comparisons reflect the ultimate impact on industry profitability.

- Advertisement -
Previous article
20.5-acre residential holding with ‘hobby farming’ potential
Next article
Farmer’s Diary: When one ram kills the other