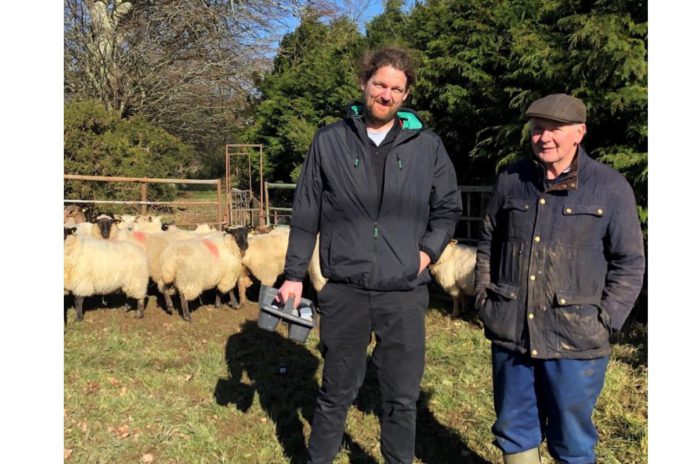 Austin Donnelly graduated from University College Dublin in 2009 having studied veterinary medicine and has extensive experience from practising both at home and abroad over the last decade.

He grew up on the shores on Lough Neagh, Co. Armagh where his family own a 100-acre mixed enterprise with apples, cattle, sheep, fruit as well as many pets such as donkeys and poultry.

“In my teenage years, I was breeding a lot of poultry. I used to have incubators and I would breed the more rare-breed poultry,” he told That’s Farming.

“Growing up in that farming environment, we were never too far from having a vet around and I was inspired by them from a young age. I really wanted to do what they could do.”

The ‘Orchard County’ man decided to follow his passion by studying veterinary medicine in UCD; he worked in Ireland for three years, initially in the west before eventually moving to Wicklow.

On New Year’s Day in 2013, Austin headed off to Australia, initially for one year; however, that ended up turning into seven.

He worked as a locum vet, offering services to practices in need of temporary vets. He spent his time travelling around between different clinics and seeing the country while doing so.

“I mostly worked with small animals, but I did work on some farms as well. In some areas, like in rural Tasmania, it’s a lot like working at home.”

“I never spent much time in the big cities, I always aimed to be out in the country because that’s what I love. I’d pick regional places with small towns and lots of countryside to explore.”

“There are a few main differences. When it comes to animals, I had to treat a few horses, cattle, even some pet goats and sheep for snakebite, which you wouldn’t see in Ireland. Sometimes there would be bushfires and you’d be treating animals for their burns on a large scale.”

“In summer there’s a tick over there that causes paralysis. That’s completely exotic to Ireland and you’d have to treat them for that. The last thing would be heatstroke, because it’s so hot and dry, the animals that are suffering from excessive heat and that would become very critical, very quickly.”

Despite having spent most of his career in Australia, Austin still prefers being back at home and working in rural Ireland. He now works in Roundwood Veterinary Clinic in County Wicklow.

“Personally, I’m from a small farming background and I love rural Ireland. I love getting out and meeting farmers on the road. The fun and the craic is a hugely rewarding part for me. In Australia, it felt a lot more like economics.”

“I reckon in Ireland, we have much higher welfare standards and we should be very proud of that, whereas in Australia, there are farms with a couple of thousand cattle and they can’t get the treatment that they need, like they do here.”

“I love Ireland – I’ve always wanted to come back home. I only left for one year but kind of got distracted and ended up staying for seven years. I want to work at home and it’s the Irish farms, Irish people and Irish countryside that I’m passionate about.”

Donnelly was inspired by his dad from a young age, saying he was a great storyteller and he loved listening to him and his friends share stories through the years. ”As the years went on and I became a vet, some of these amazing stories were happening to me and I felt that it would be really nice to put some of them on paper.”

He takes great inspiration from James Herriot, a British veterinary surgeon and writer who wrote a series of books, consisting of stories about animals and their owners.

“Underlying all of this, veterinary can be quite a stressful profession to work in and sometimes we can lose sight of the wonder and magic as well. When writing them I hoped that someone reading them could get a sense of joy and wonder.”

The entire process of writing his book, Whiskers Feather and Fur – Veterinary Tales, took three years, mainly while he was travelling. He wrote the entire book on his iPhone.

The Armagh native has thoroughly enjoyed his time as a vet and would encourage anyone to do the same, but he feels a lot of people venture into the profession without knowing fully what it entails.

“My advice to anyone thinking about doing veterinary is to get yourself into a vet clinic and hang around with the vets in those years before you apply. Some people come into the profession and learn the hard way that it is very hard work.”

“I have a lot of honest chats with students that come to me and I would encourage anyone that wants to be a vet, but I feel it’s important that they know what’s involved.”

Whiskers Feather and Fur – Veterinary Tales is available to order through bookshops and Amazon – to find your nearest stockist, see here.