That's FarmingThat\'s Farming Irelands Largest Farming News, Properties and Classifieds Network
HomeBeefVIDEO: ‘We have over 1,000 head of cattle on the farm’ 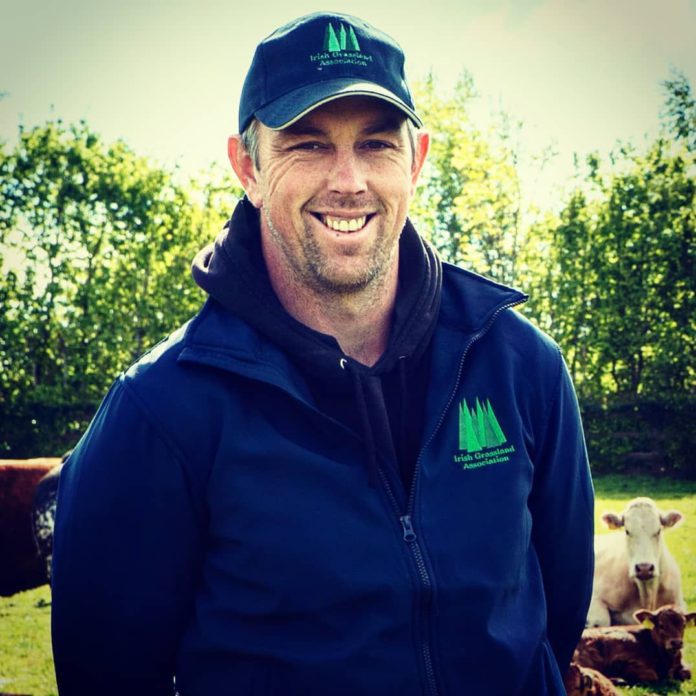 John and his team took operation’s reins in Louth and Meath in September 2017. They have grown the herd size to 500 cows – consisting of Simmental, Limousin and Belgian Blue genetics.

The suckler herd spans across 1,000-ac, with calving split between spring and autumn.

While they keep some heifers as replacements on the farm, the backbone of the enterprise is the sale of these replacement heifers for breeding.

They have completed two very successful sales completed to-date. Furthermore, they sell most of the bull weanlings direct off-farm for the export market, with a proportion of these destined for southern Europe.

During the breeding season, a large team of sires are introduced by way of AI and using stock bulls. The main breeds used are: Charolais; Limousin; Simmental; Red Angus; and Shorthorn.

In addition to this – to produce as many heifers as possible – they deploy a synchronisation programme on several cows and heifers each spring and use sexed semen on these females.

Split calving system on one of Ireland’s largest suckler farms

The autumn-calving herd (200) normally commences calving during the last week of September or the first week of October.

On the other hand, spring-calving herd (300) starts calving in January.

Splitting the calving across spring and autumn eases the workload and provides buyers with more choice when choosing stock.

Before John took over the farm and grew the herd, existing stock could graze in large fields for long periods.

This system has since changed, and they introduced a paddock system. In the height of the grazing season, large groups graze paddocks for three days before being moved onto the next paddock, with a rotation length of 18-20 days.

Regular weighing complements the production system, and a state-of-the-art cattle handling facility was recently constructed on-farm, along with improved wintering facilities for the large numbers present on the holding.

This follows its latest virtual sheep event, which featured: