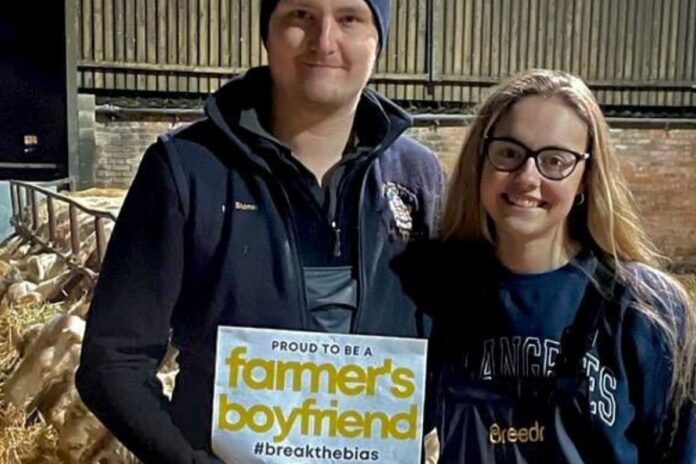 As part of International Women’s Day on Tuesday, March 8th, Breedr has launched a photo-sharing initiative to highlight the role of women in agriculture.

The precision livestock network urges women to “stand up and be counted for their roles in farming”.

The aim of its latest activity is to help “dispel the myth that it [agriculture] is a male-only industry”.

It calls all farmers to share a photo of themselves “proudly celebrating the female farmers in their life”  on social media – using one of the printable posters – with the hashtag #BreakTheBias.

In a statement, Suzy Wheal, co-founder of Breedr, said:

“As a forward-thinking company in an industry where women have quite a limited voice, we want to use our network to share positive messages about the amazing role women play in British agriculture.”

“So many women work both as sole traders and alongside their partners and families. It is time to celebrate them as farmers and farmworkers in their own right.”

The company has produced a series of ‘Proud to Be’ posters which farmers can download for free via its website.

“We would love as many women to take part as possible. This is a great opportunity to highlight the impact female farmers have on the agricultural industry and hopefully inspire a new generation of girls to step up and get farming.”

In the latest segment of our popular women in ag series, we profiled Megan Searson from Sheehils Farm.

The family invested in further females from Cottage Charolais and at other dispersal sales.

You can read this interview in full.