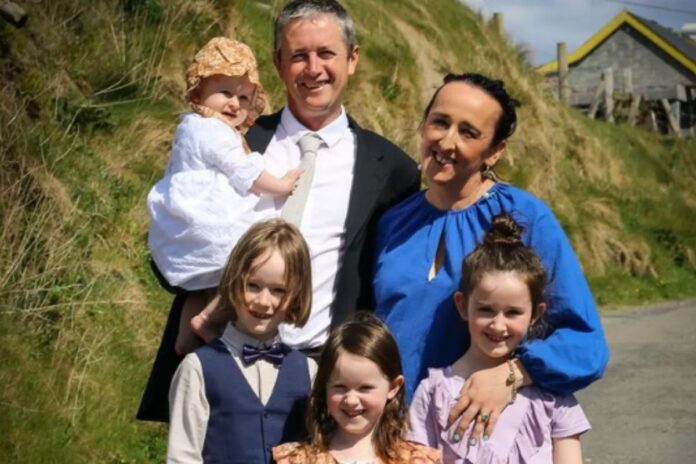 Inishbofin: ‘You cannot nip to the shop at 10 pm for milk’

Inishbofin island: Life as a resident

That’s Farming editor, Catherina Cunnane, in conversation with Tara McMahon (39). We discuss leaving the mainland for Inishbofin island, raising a family there, journeys to the mainland and services.

“I am from Fermanagh originally, but I am living on Inishbofin Island, Co. Galway, with my husband, Hugh, son, Kilty, and daughters; Nancy, Nell, and Connie.

Inishbofin is 5km x 3km and 12km off the coast of Connemara. You get catch the ferry from Cleggan, just outside of Clifden.

After meeting Hugh while at the University of Limerick, we moved to Dublin, where we spent a couple of years living and working. Then when we got engaged and started to think about hopefully having children.

We started to look outside of the city for work as we both liked the idea of living in the countryside. What we did not imagine was quite how far from the city we would end up!

That was 2012, so we have been on the island for ten years this year.

There are 165 residents on the island, and we are a small, tight-knit community. The Beach Bar and Restaurant is open all year round, but there are two other hotels, a hostel, and other restaurants and B&Bs that open seasonally.

We have a great local shop that is open six days a week, as well as a Community Centre and health centre with a resident PHN and a GP that visits the island fortnightly from the mainland. Inishbofin has a national school and a playgroup but no secondary school – yet!!

This is a significant challenge and one that, hopefully, we will not have to face for much longer.

A campaign is underway to establish a secondary school on the island so that finally island children will have the same entitlements in terms of education that their mainland peers have.

Meanwhile, if we need to go to the hairdresser, or dentist, you will visit Clifden or Galway. Hospital appointments require a trip to the mainland also!

Currently, I am the Tourism and Marketing Officer for Inishbofin. I have a creative background (my MA is in the history of art and architecture) and a love for the visual arts.

With four small kids, I am busy, but I have been putting a renewed effort into setting aside time to create and be creative. This is something that I would like to work more on in the future. 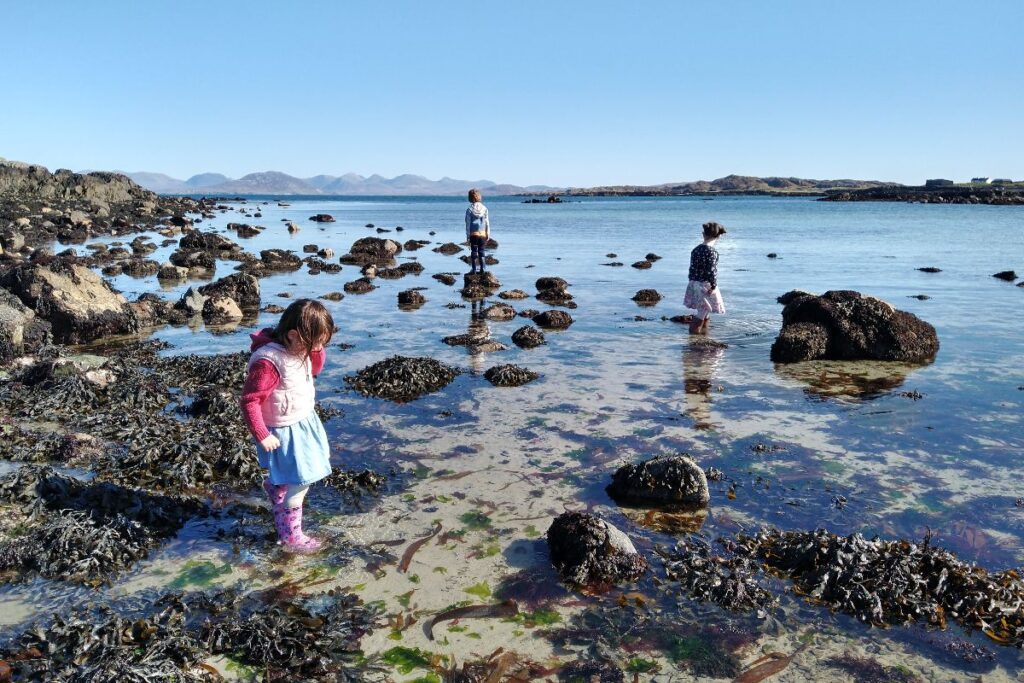 Anybody that is familiar with Inishbofin will know how special it is – the people, the scenery, the craic. It is just a magical place to live, and we feel very privileged to call it home.

Winters are milder because we are insulated by the sea (we are a degree or two above mean mainland temperatures), and rainfall is roughly ten per cent less – but it can be windy.

Because of the slightly higher temperatures and the salt in the air, we do not get any frost in winter, but the downside is we do not get any snow either. Summer is much like the rest of the country but with a little less rain and a little more wind!

The island feels very safe, and we have a very close-knit community. On the downside, you have to plan more than on the mainland – you cannot nip to the shop at 10 pm for milk, and I miss the cinema and an occasional Chinese takeaway!

Getting to the mainland

My highlight has been having our kids and watching them grow here; it feels free and safe. The small community means they know everyone, and they can chat as easily with other kids as they can to 80-year-olds – it is a lovely thing.

Going somewhere – to visit family or friends, for example – is one of the things I have found very different.

Then we make the crossing (35 minutes), unpack everything from the ferry in Cleggan and load it into the mainland car and only then are we on the way – on a whim, trips with four kids simply do not happen.

It also means that once we have gone to the mainland, we tend to take at least three nights to make it worth all that effort.

Honestly, it is not difficult to raise a family here; it is a privilege, and it is something we are very grateful to have had the opportunity to do. 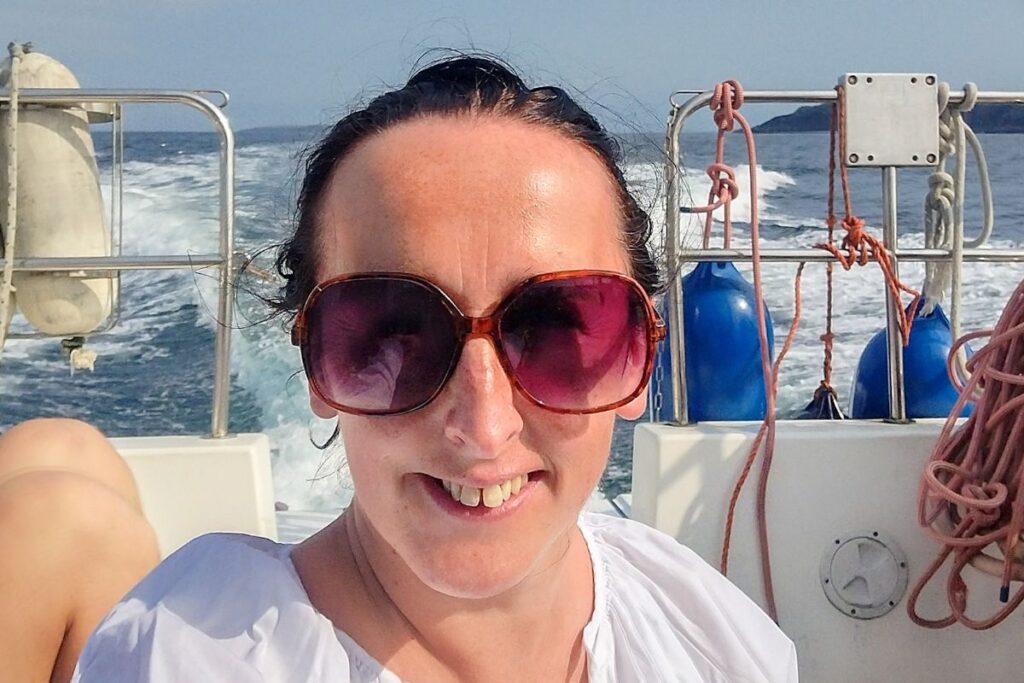 The main activities on the island are tourism, farming, and fishing. Farming methods are still quite traditional, with many farmers participating in the GLAS scheme and adopting specific farming practices to protect the Corncrake, Lapwing, and the Barnacle Goose on the island (which is both a SAC and a SPA).

One of the most significant challenges on the island is housing. Property tends to be expensive as the demand for holiday homes means even the smallest dwelling will fetch premium prices.

This, added to the fact that land is a finite resource, makes it difficult for a person of average means to own a home here.

However, we have no desire to return to the mainland.

From the north strand to the north beach, from a family of two to a family of six, our future is on Inishbofin: One island – endless adventures!” 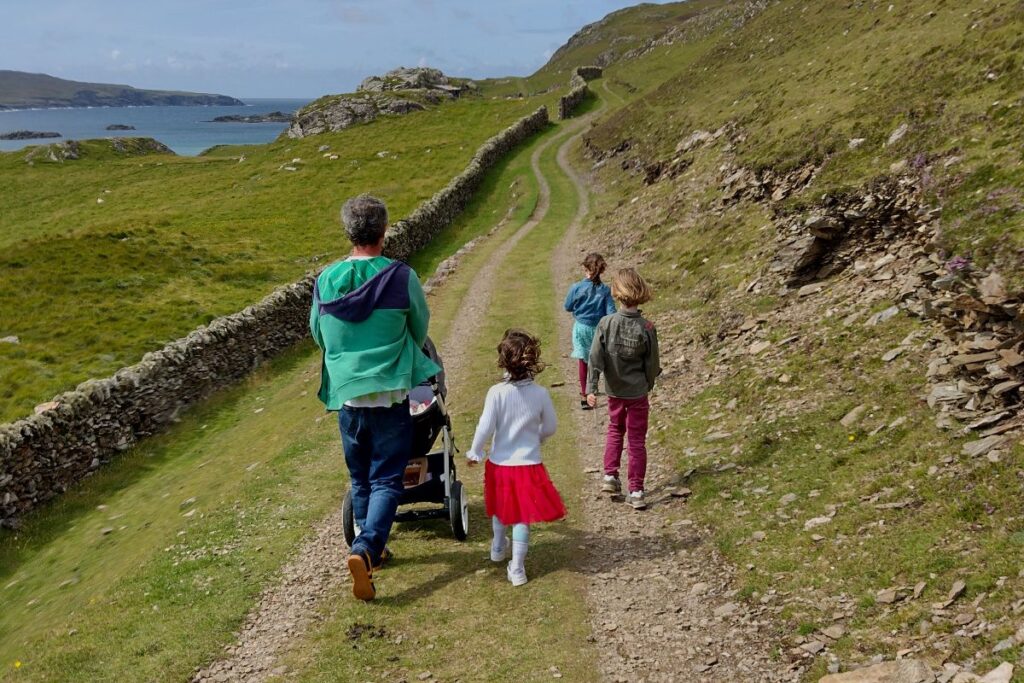