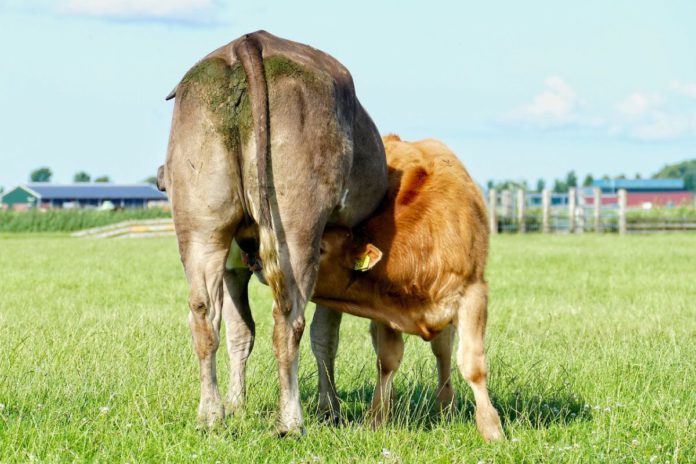 SAC Consulting, part of Scotland’s Rural College, has advised farmers to increase magnesium levels in minerals given to suckler cows prior to calving.

New research from the USA has discovered the absorption levels of magnesium are only half of what was previously estimated.

Magnesium is critical for both the prevention of staggers and to help cows mobilise calcium reserves and minimise the risk of slow calvings.

The National Research Council (NRC) in the United States released the 8th edition of Nutrient Requirements of Beef Cattle in 2017. In this book, Professor Bill Weiss has indicated that changes will be made to availability for magnesium. They suggest that magnesium from rock sources has around half the absorption levels than was previously thought.

Karen Stewart, a livestock nutritionist at SAC Consulting, has advised an increase in magnesium in suckler cow pre-calving minerals in response to this recent information.

“The current guidelines are 10% magnesium in a pre-calving mineral for normal silage rations and I think the revised absorption coefficients would justify an increase to 15 per cent magnesium, to take account of the reduced absorption,” she said.

“Magnesium plays a vital role in helping cows mobilise their own reserves of calcium to help with muscle contractions. Low magnesium is associated with slow calvings.

“If staggers is considered a particular risk or the silage has particularly high potassium levels as a result of slurry applications, further supplementation may be considered.”

“This spring the risk of slow calvings will be higher as a result of cows being a high body condition score. Getting a full silage analysis including minerals, and planning pre-calving rations with nutritional advice will be particularly important ahead of spring calving 2020,” she concluded.