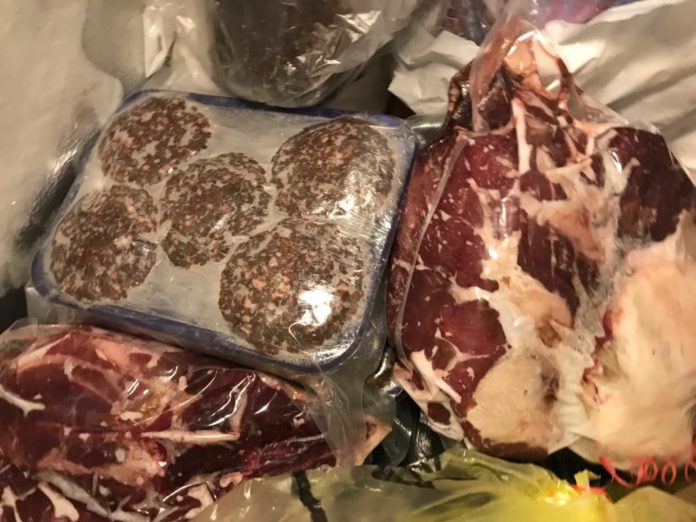 The Food Safety Authority of Ireland issued two closure orders to food businesses, including an illegal deer processing business, during the month of January.

It took action for breaches of food safety legislation, pursuant to the FSAI Act, 1998 and the European Union (Official Controls in Relation to Food Legislation) Regulations, 2020.

Also, one closure order was served under the FSAI Act, 1998 on:

The establishment, being used by the food business operator, has not been registered or approved by a competent authority for the operations taking place specifically the handling of wild game and the production of meat preparations and meat products from wild game meat

Krummel was operating with no food safety management system or associated monitoring records available for inspection.

Also, officers discovered that meat preparations and meat products being produced from wild game meat where the carcasses had not undergone post-mortem inspection. This meant that the meat used was not “demonstrably fit for human consumption”, according to the authority.

Furthermore, there were inadequate procedures in place to control pests as evidenced by the presence of mouse droppings.

According to officers, the business owners also failed to implement and maintain HACCP-based procedures.

The internal surfaces of the smoking cabinet were constructed of wood and were not in such good order, repair or condition as to enable them to be kept and to be disinfected so as to minimise any risk of food contamination, a letter from the authorised FSAI officer stated in the close order documentation.