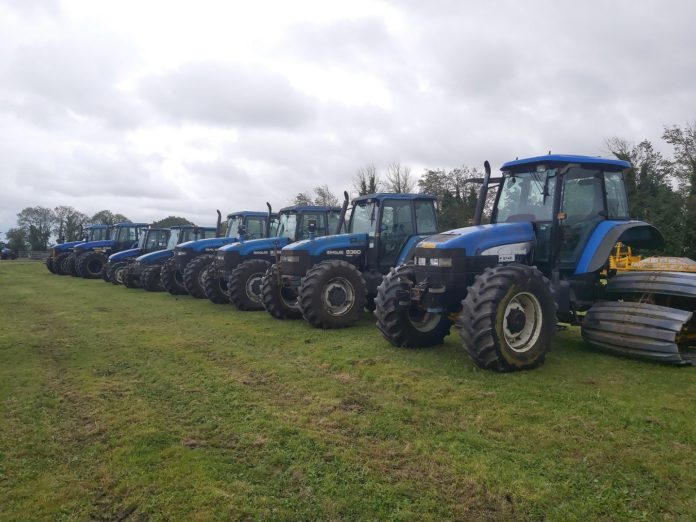 FCI warns the future of ag contracting ‘is on the line’

The FCI has voiced its support for the IFA’s planned regional rallies this Friday (October 8th, 2021)

The association has urged its members to row in behind the rallies, which are taking place in four different locations.

The farm group will stage a series of rallies in:

In a statement on Wednesday, October 6th, 2021, a spokesperson for the FCI said:

“In the weeks and months ahead, Irish farming and farm & forestry contracting faces one of its biggest challenges.”

“Every policy pursued by this government is now designed to reduce output and hit our most productive farmers and contractors.”

“This will have huge consequences for Irish farming and farm & forestry contracting. Therefore, we are asking FCI members for support for these rallies.”

The spokesperson stressed that the “future of Irish farming is on the line, and so is the future of farm and forestry contracting.”

“We are asking FCI members to support the rallies, if possible, with tractors or on foot.”

Wipe-out of the agricultural sector

The events will highlight how the current government is pursuing a path that will “wipe out Ireland’s largest indigenous sector”.

In a statement earlier this week, Cullinan said: “For the last two years, IFA has tried to engage with government on the sector’s future.”

“Despite this, it continues to treat us as low-hanging fruit that it can target without impunity.”

“At the same time, it is rolling out the red carpet for energy-guzzling multinationals and allowing food, peat, and timber to be imported from less efficient countries in Europe and further afield.”

“IFA will not allow farmers to be sacrificial lambs so the government can give the appearance of doing the right thing.”

He said the farm group is sounding an alarm. Cullinan believes that without proper negotiation with farmers and a coherent plan, farming and food production in this country will be unrecognisable.

“We want the government to get serious and sit down to develop a workable farm-level plan,” concluded the IFA president.”