That's FarmingThat\'s Farming Irelands Largest Farming News, Properties and Classifieds Network
HomeBeef‘If Tesco want to sell steaks at a discount, then they can... 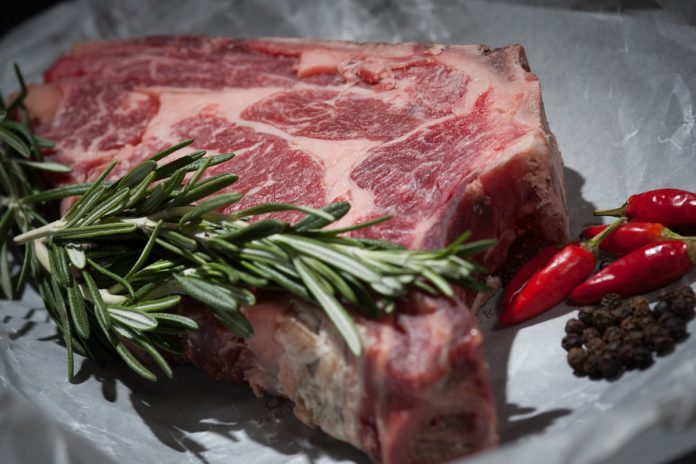 ‘If Tesco want to sell steaks at a discount, then they can take the discount out of their margin’

The president of ICMSA has said that the announcement by Tesco that the sales of steaks in their outlets had “rocketed” by 40% during the COVID lockdown was very interesting but not for the reason that the retailer imagined.

Pat McCormack said that no single piece of data illustrated the disfunction of the Irish beef system so vividly as the data released by Tesco on June 30th which showed that a massive demand surge for steaks.

He said that the figures presented the corporate retailer as, according to Mr. McCormack, “riding to the rescue” of farmers when the food-services side of the trade collapsed.

“Farmers will be fascinated to read of how Tesco – after they became aware of our dilemma – ‘offered to help suppliers’ by putting those steaks on discount discounted sale.”

“With all due respect to the Tesco spokesperson and translated back from corporate-speak, what actually happened here is that Tesco purchased the cuts that were going to the food-service at prices that there were able to sell the steaks onto their customers at a low price and still make a margin.”

“There’s nothing wrong with that, but the idea that this was some kind of rescue mission for the beef sector is a little flimsy.”

“Has the price farmers receive for their beef surged by 40%?  Or 20%? Absolutely not,” said McCormack.

“The fact is that we farmers have been subsidising the price of top-quality food for decades and if Tesco’s analysis is that we can go on doing that – or even subsidise it more – then ‘thanks, but no thanks’.”

“If Tesco want to sell steaks at a discount then they can go right ahead and take the discount out of their margin but we are absolutely not going to fall for this one anymore, where we are told that the way to build demand is by the farmers – and the farmers alone – subsidising the discounted retail price.”

“I’m afraid that Tesco and anyone else who likes that idea is going to have to think again.” added McCormack.

Noting that food retail sales had rocketed by €629m to the three months to June 14th, the farm leader said that if retailers are serious about supporting the primary producer, then a bigger proportion of the increased margin made during the Covid-19 should be passed back through the supply chain.

“Such a move would be real support for primary producers.” he concluded.