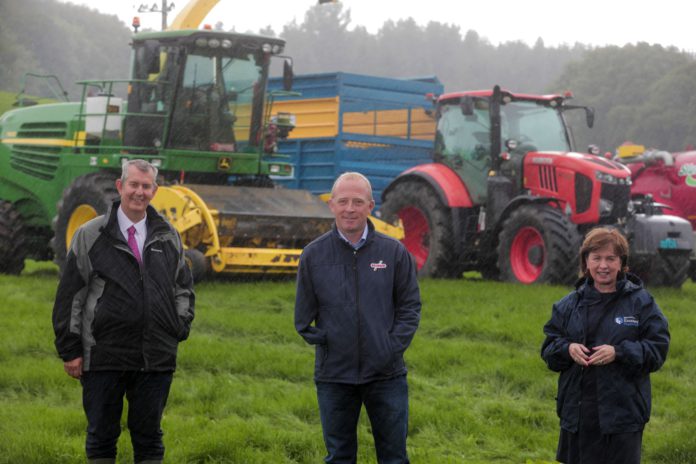 William Sayers came close to losing his life as a 12-year-old boy when he lost his arm as he helped to spread slurry on family land.

Speaking about his life-changing accident, Sayers said: “I think the accident was caused by my coat not being zipped up that night because it would have been closer to my body and there would have been less loose clothing flapping about.

“If there had been a guard on that shaft that night, no matter what the weather was like, whether my coat was zipped up or not there was absolutely no chance of my coat getting caught in it.”

“Looking back to the mistakes I made, I would emphasise that if you take a bit more time to think about what you’re about to do so the same thing doesn’t happen to you that happened to me.”

“You sometimes think why me, or it’ll never happen to me, but the other side of the coin is that it could happen to you. I’m just thankful ‘I’m alive and here to tell this story.”

‘It can turn into a nightmare if you aren’t careful’

Poots and Dodds have urged the farming community to be hyper-vigilant about the very real dangers of working on the farm, as this year’s Farm Safety Week draws to a close.

Urging farmers and their families to be safe, Minister Poots said: “This year’s campaign focussed heavily on the impact of Covid-19 on the farming industry and the support that is available.”

“It also highlighted the positive moves to improving the health and safety record and looked at the technological innovations out there to help everyone farm more safely.

“As someone who has spent a lifetime working in the farming industry, I am well aware of the satisfaction and joy working on the farm can bring, but I also know that all too quickly, it can turn into a nightmare if you aren’t careful with your equipment and your surroundings.

Throughout Covid-19, he added, many in the farming community were shielding and about as much, and it is possible that the same level of checks has not been carried out.

“I would ask everyone to take the time now, to be extra careful and vigilant. It is vital that farmers pause and think about what they are doing before beginning work with temperamental livestock, high-powered machinery or slurry.”

Economy minister, Diane Dodds, whose Department is responsible for the Health and Safety Executive, said: “William Sayers’ story is just one example among many dreadful incidents on our farms in Northern Ireland.”

“Farm Safety Week is supported by the Health and Safety Executive for Northern Ireland and this week of events reminds all of us that safety must remain a key priority on all farms.”

“I would like to take this opportunity to encourage farm workers to always give time and consideration to the four key dangers on farms – slurry, animals, falls and equipment. It is essential to work safely to prevent accidents which can kill or lead to serious injuries.” Dodds concluded.