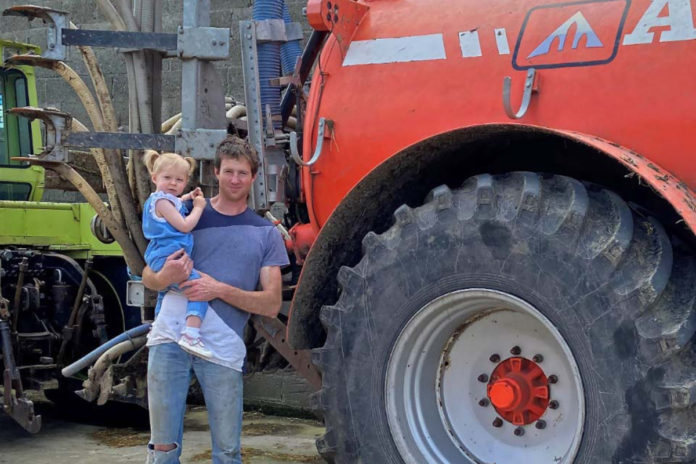 Research has indicated that grass yields can be increased up to 25% by the use of a trailing shoe as opposed to the use of splash plates when spreading slurry and is, therefore, definitely worth investigating as an effective method of reducing the use of chemical fertilisers.

Brian Finch, an environmental adviser at the College of Agriculture, Food and Rural Enterprise (CAFRE) spoke to Robert Martin, a dairy farmer from Kilkeel in Co Down about the process.

Martin said: “I have been using a trailing shoe system for five years on my 160-cow dairy unit.”

“I am getting better nutrient uptake using the system with the result that I can reduce chemical fertiliser use in my three-cut silage system. The other big advantage found is the reduction in odour after spreading. My neighbours really appreciate that.”

“All LESSE systems place the slurry or digestate onto or into the ground, thereby, reducing risk of nutrient runoff to waterways and nitrogen loss to the air as ammonia by up to 60 per cent compared to the splash plate.”

“LESSE systems can play an important role in reducing ammonia emissions and improving water quality in Northern Ireland. This is especially important with water and air quality a key environmental issue for farming.”

The big advantage of the trailing shoe over the trailing hose is being able to spread on higher grass covers, as the system works by parting the grass and applying the slurry at ground level, he added. “This reduces the risk of grass contamination, especially in later cuts during dry weather.”

Martin spreads all his slurry with a 2,500-gallon tanker which came fitted with the trailing shoe system.

“During the five years, he has been using the system, he hasn’t experienced any problems such as the macerator clogging or replacing worn parts.”

“He does find some drag when spreading and the tanker is slightly slower to empty compared to the splash plate.”

Martin continued: “These issues do not outweigh the many advantages. My only advice to any farmer considering using it, is to have the slurry well diluted and mixed before spreading to get an even flow rate.”

Finch concluded: “Using LESSE has many benefits such as increasing slurry nutrient value, reducing ammonia emissions, nutrient runoff and the smell. A win-win for the environment, your pocket and your neighbours.”

- Advertisement -
Previous articleDroimeann recognised as a native rare Irish breed
Next articleVIDEO: €17,000 for heifer at Elphin