That's FarmingThat\'s Farming Irelands Largest Farming News, Properties and Classifieds Network
HomeFarming News‘I have a herd of Limousin cattle to be proud of’ -... 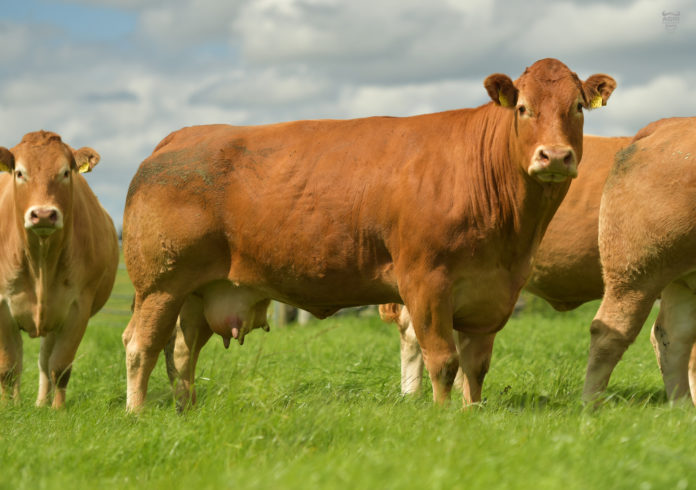 Females from the Millburn Limousin herd, which was established in the early 1990s, will be dispersed tomorrow (Saturday, August 29th).

The sale will be held in conjunction with the dispersal of the Royal County Limousin Herd on Saturday, August 29th at Elphin Mart at 2pm.

A range of females, embryos and semen will go under the hammer, with Denis Barrett set to officiate as auctioneer.

Speaking about the sale, which will attract both ringside and online bidders, pedigree breeder, Richard O’Beirne, said: “My main aim over the years was to develop a herd that would produce a consistent bunch of bulls to meet the needs of today’s market and to produce functional females that can produce and rear quality calves.”

“Today, I have a herd of Limousin cattle to be proud of and I look forward to seeing them dispersed across the country and beyond, to continue to breed prize-winners for their new owners into the future.”

The herd, based in Ardour, Cloghans Hill, Tuam, Co. Galway, was founded with the purchase of Benbulben Lola, with her daughter, Sydney Rome, at foot. “She is one of the cows that provides the backbone to the herd, producing Limousins with extra length, quality and milk.”

“A very successful show heifer both as a junior and later as a senior winning 1st prize at Expo in Kilkenny and partnered her sister to 1st in the pairs class later that day. Bobby Dazzler has certainly made a name for herself in the past few years.”

Her daughters, Millburn Must Have and Millburn Nightingale, were very successful show heifers last year on the circuit — both were 1st prize-winners at Tullamore 2019 with Must-Have tapped forward for senior heifer champion and later reserve overall champion Limousin.

Millburn Nightingale won a number of inter-breed calf championships and was judged Limousin champion and overall Champion at a number of summer 2019 shows. “We can only dream of what her successes might have been in summer shows this year.”

In March 2014, their full brother, Millburn Loquacious, won junior champion at the premier sale in Roscrea and was the sale topper at €13,800.

“Other daughters of Bobby Dazzler go under the hammer at the sale. Other purchases to make an impact were Sleedagh May and Lovely.”

“They produced quality and milky females. May produced Millburn Vera, who produced three bulls in consecutive years by Alfy to average €6,000,” added Richard, who revealed that Vera’s daughter, Millburn Nibbles, sells as an in-calf heifer at the sale.

Later, Vern Blossom was added to the herd; she was flushed once and has produced Millburn Grace, a champion female reserve which sold for €6,600, also Millburn Herd Builder, 1st prize-winner at Roscrea October 2013, sold for €5,500. “One remaining embryo on offer at the end of the sale.”

The Millburn Limousin herd is a participant in the Limo Leader Herd Health, is Johnes level 1 and has been screening for over 10 years for BVD.

Calves has been vaccinated with Tribovax-T twice and Bovipast RSP.

Males from the herd will be sold next year at Roscrea Mart and privately from the farm.