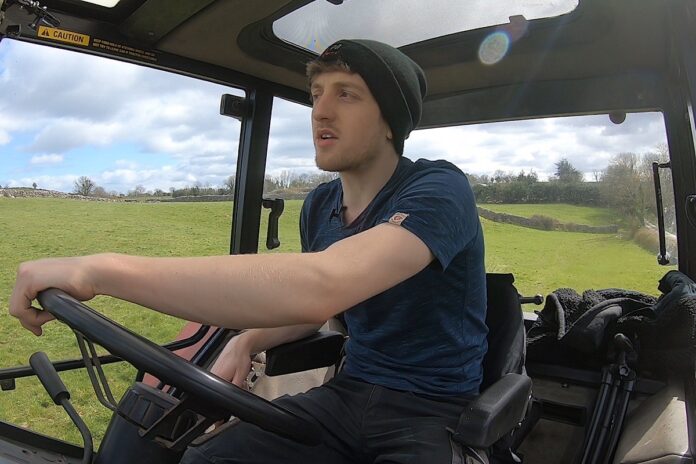 In this week’s Farmer Focus, That’s Farming, speaks to Declan Chahin, a suckler and sheep farmer and the man behind the popular YouTube channel, I Do Agri.

Declan Chahin and his grandad, Anthony Kelly, from Loughrea, County Galway, live on a small farm that “skipped one generation”.

Declan is a self-taught CAD designer and works as a product design engineer at Metaltech Engineering.

He has vast experience in the agricultural steel industry and said, “being involved in both industries has mutual benefits”.

His grandad immigrated from Ireland at the age of 19 and travelled to Australia, Alaska, Canada, and many other countries.

He drove heavy machinery, lorries, cranes, trains, buses, and trams before settling in San Francisco, where he met his wife, Mary, and started a family.

“He has a wealth of driving experience. After he retired from his job at BART in San Francisco, he purchased a farm down the road from where he grew up,” Declan Chahin told That’s Farming.

“This is a farm he worked on as a child. He has been here ever since. The man is 90 now, and he still has not truly retired.”

“He used to have a big flock of Texel sheep. I love sheep, but we got out of them five years ago.”

“So, I have been trying to get back into them the last couple years and to start my small flock of pedigree Herdwick sheep.”

“We have a site on the farm. I, my brother Jacques, and my sister, Caitrina, all grew up on the farm. We all put our fair share of time into it and loved every minute.”

Declan said his grandfather’s family embraced a “self-sufficient” lifestyle and produced most of their food from crops and animal produce. 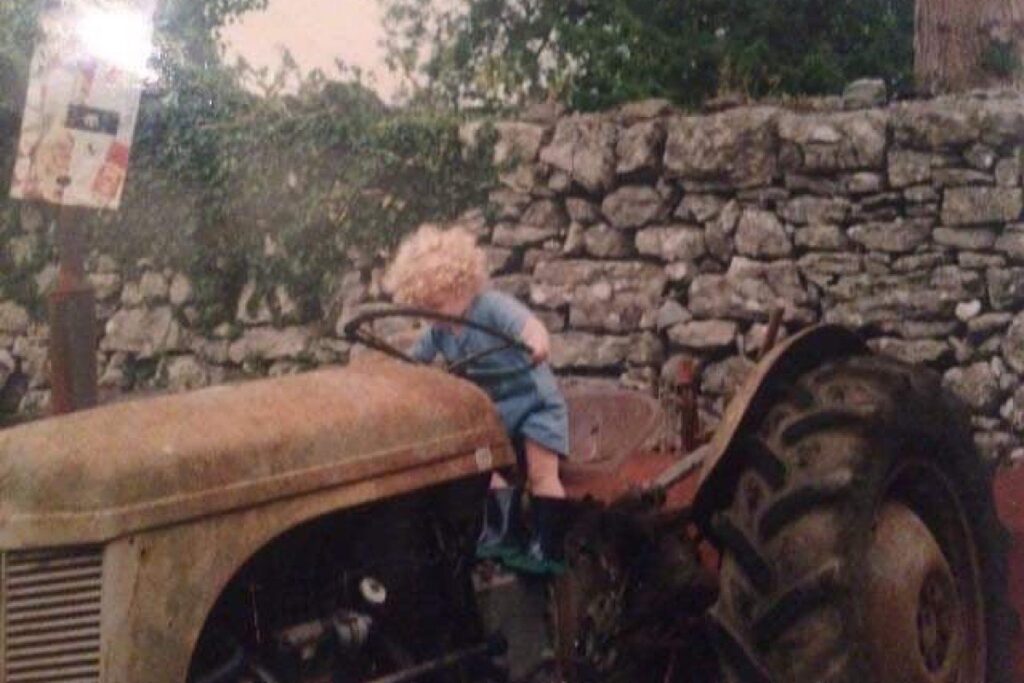 The family has focused on easy calving and producing “polled” Angus cattle.

“There was always a colourful bunch of cows on the farm. It is gone a lot more Angus over the last few years. I love Charolais cattle. They are gorgeous animals, always seem to do well at sales, and are my favourite breed.”

“We focus on Angus cattle because of their easy calving, and they are a docile breed. They have lovely calves and have done well for us. So, there is no reason to switch it up.”

Their Aberdeen Angus stock bull, Nightshade, “named by a viewer,” serves the herd. The family has been using a stock bull on the farm for about five years.

“It is a winter housing issue with the bull. I was going to build a small single-bay shed for the winter because we do not want to sell him.”

The family calf their cows in the spring. “If I were to change anything about calving, I would want calves coming later in the year in the middle of March and April when temperatures are higher.”

“The middle of February is too early with how the climate has gone in the last few years.”

They do not keep any replacements as part of a plan to reduce stock numbers to improve housing.

“In my opinion, it is hardship without the right infrastructure, so I am trying to build the farm before I build up stock numbers.”

“I could easily erect a shed tomorrow with my capabilities in design, welding and fabrication without labour costs, but sadly, with ever-rising prices of steel, concrete and timber, it is still nearly impossible to build anything at the moment.”

The family retain male progeny and castrate them. This year, they fed 10 Angus bullocks that weighed 600kgs on average, which they sold at Ballinasloe Mart in recent weeks.

“We will sell them as yearlings anymore instead of keeping them on for two years for beef.”

“We are moving away from the sucklers, but the last few years have been experimental to see what alternative works best for us on our farm.”

The family has a strict culling policy for cows that do not go in-calf or have a stillbirth calf.

In 2020, Declan started his YouTube channel, I Do Agri, to initially capture the spirit of his grandfather during his free time working on the farm.

“My grandfather does not fully understand the reason, but when he sees the cameras, he goes, you are taking pictures. So, he is fine with it and loves being on camera.”

“I did not know any vlogging for my first video. So, I just picked up the camera and did a few small jobs. I was moving a ring feeder, tagging calves, and feeding.”

“I used my phone first, and then I got a few cheap GoPro Cameras. They did not last long, and people were not too happy with the footage coming from them.”

“However, it allowed me to set up a few different shots and edit it into one scene. So, it was a bit different.”

“I did not think there was anyone in Ireland doing YouTube, but I soon found out there was a growing community.”

“For example, there were channels such as IFarmWeFarm, Farmer Phil and all the different YouTubers, big and small.”

Declan upgraded his recording equipment initially to his sister’s GoPro Hero 6 camera and has since invested in a GoPro Hero 7 alongside a Lavalier microphone to improve audio.

When he reached his first milestone of 1,000 subscribers, and some of his videos got monetised, it encouraged him to grow his channel.

“Monetisation does not mean much, but you get a few euros for videos here and there. So, it makes it more worthwhile knowing that you can grow towards something.”

Most of the channel’s viewers are from Ireland and the UK, with some in Australia, Romania, Poland, America, and Canada also making up his subscribers.

Declan says he plans to schedule his videos in the near future (which he believes will be a “defining” factor for channel growth) and reach 10,000 subscribers.

The channel has accumulated over 6,350 subscribers, with 205 uploads to date.

Declan noted the machinery videos “seem” to do well on the channel, and with the right amount of effort and creativity, you can gain views from any topic.

Some of his popular videos include the farm tour – a rural Irish farm, the first time lime was spread in 20 years on this land and an UNNECESSARY PROJECT – a fertiliser spreader restoration.

“I find it is all about the video’s thumbnail. You never know what video is going to do well. I always put a lot of effort into videos with the animals. They can be hit or miss.” 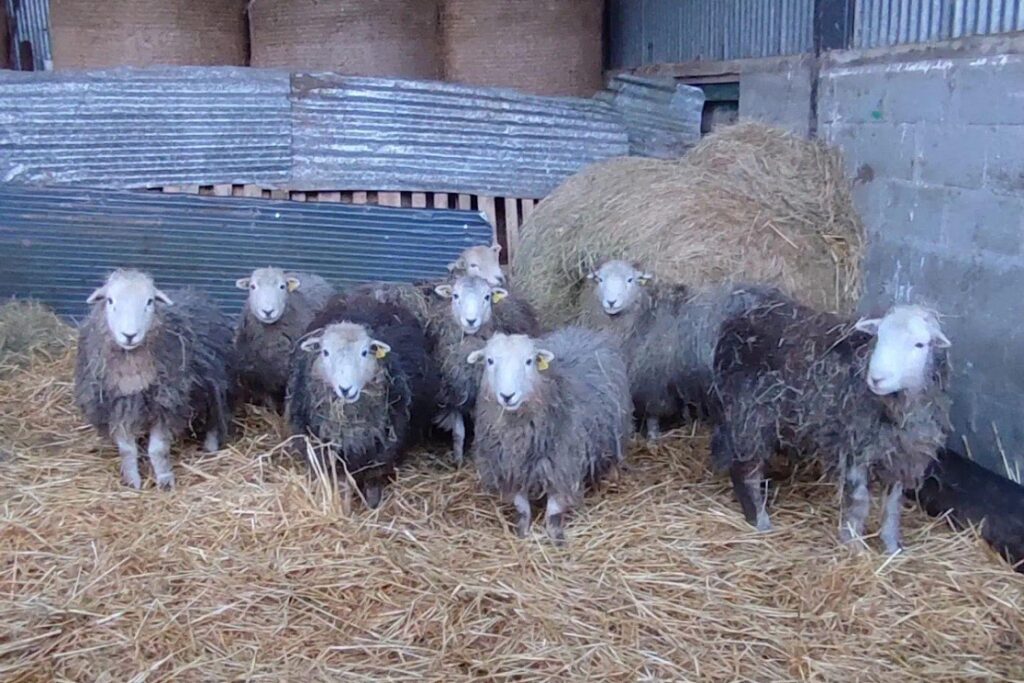 So, what is his advice for an aspiring YouTuber?

“If you have the time and are willing to put in a bit of work and stick with it, it is worth it. I am still questioning it myself every day, but there is a lot of opportunities even in the last six months.”

“It is about what you put in. If I were not looking for sponsors or different ways to improve myself, it would not stand for me either.”

“So, my advice is to build a bit of a channel first and then look into those things.”

Declan’s focus is on growing his YouTube channel and personal ventures. He is launching an agricultural product at Longford Ploughing on March 27th alongside his own branded merchandise.

“I believe it is manageable for me as a young person going forward. I aim to use YouTube to make farming more viable.”

“It is not something everyone can do, but we have a small farm here, and there is a limit to the amount of money that we can make with everything going right.”

“I see myself using my farming knowledge and communicating with a large audience of farmers that have a good voice, and that can tell you when you are going right and wrong and to not only produce products and ideas that help us all.”

“It is a slow process, but the future looks promising. Hopefully, we find gold at the end of that rainbow,” he laughed.

“With the evolution of the internet, the world is only getting smaller, and farmers that previously were isolated can now show people what they do, how they do it and why they do it.”

“This allows us to share knowledge, fuse our collective ideas and ultimately improve at the same rate.” 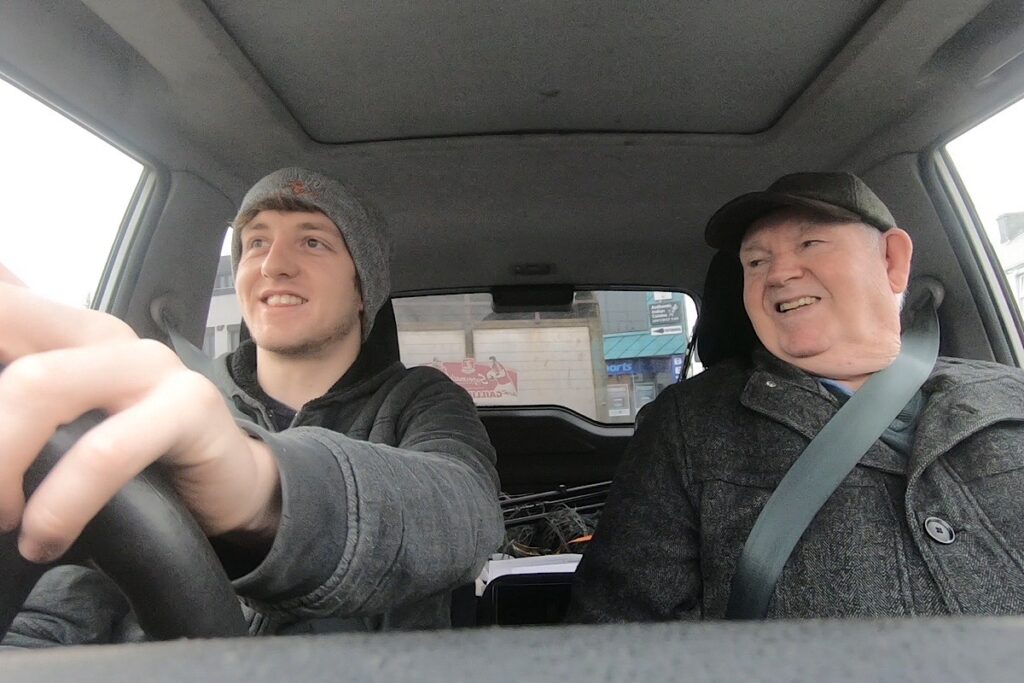 They intend to keep enough cattle to make use out of the slatted shed and grow their flock.

“I believe rearing young beef stock will be ideal for us. The smaller stock has a few benefits; firstly, they are more manageable, especially when you do jobs yourself like I often am.”

“Secondly, the level of danger when handling them is decreased compared to adult cows and bulls, and thirdly, they are also better on the land and are far less likely to cut it up.”

“In my view, suckler farming seems to be looking up, but then again, prices are only paying for the inflation of the costs that you are putting into them.”

“So, we are still earning the same amount of money, but things look better, and it is more positive.”

“In my opinion, it looks like the country is a bit understocked at the minute, so there will be lots of people looking to improve numbers in the next few years.”

“I believe suckler farming is different for every person, but it is a numbers game. If it is your sole source of income, I would imagine you will have to put a lot into it,” the YouTuber concluded.

More information on I Do Agri

To share your story like I Do Agri, email Catherina Cunnane, editor of That’s Farming, – [email protected]