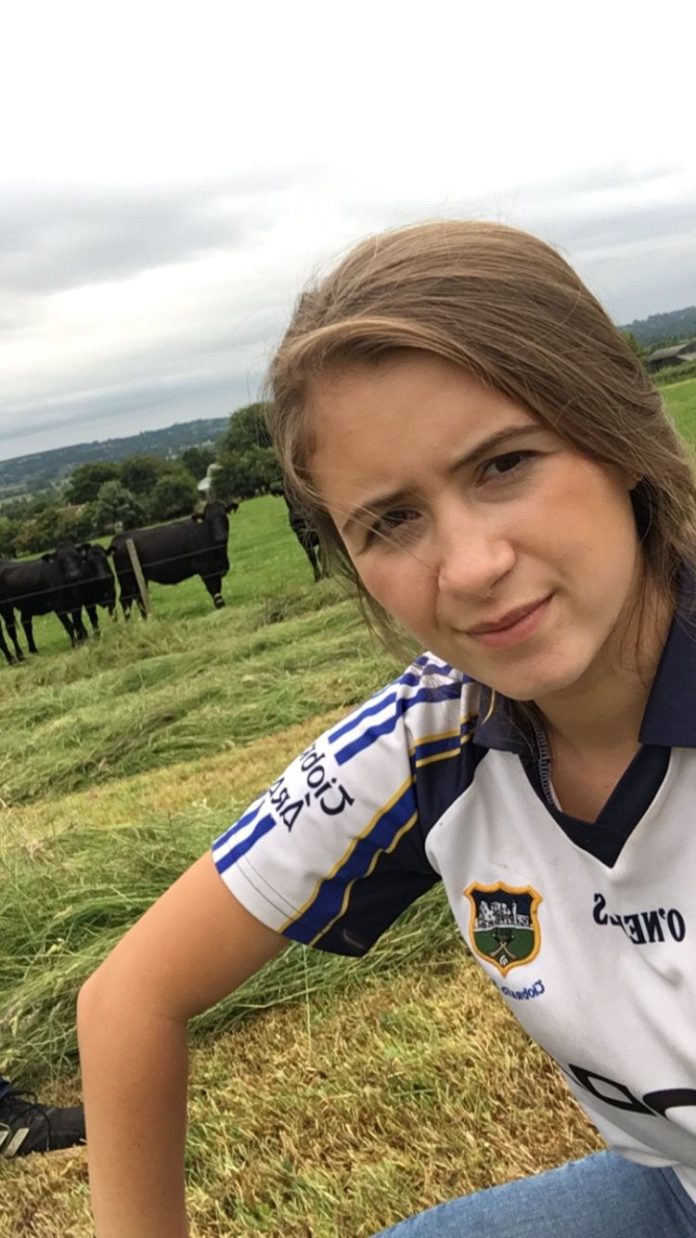 Louise Wallace, an animal and crop production student at University College Dublin, hopes to combine a career as an agricultural science teacher with part-time farming.

The Roscrea, Co. Tipperary native hails from a suckler enterprise while her parents both come from dairy farms.

“My father, Thomas, was left his granduncles, Billy’s, farm in Boulabane as well as land in Ballinakill on his home farm where we keep our pedigree Herefords.”

“Earliest farming memories include cycling up to the yard before school to check all cows near calving in spring and the weanling show sale in Templemore Mart on a Saturday morning every autumn.” 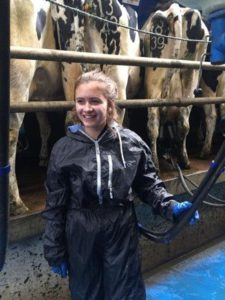 The family farm a herd of Hereford cows, a breed they believe “are an ideal suckler cow with a docile nature, high milk production and quality calves for slaughter”.

The Wallaces also have several Angus, Limousins, Shorthorn, a Kerry cow and two Speckle Parks which Louise bought at an organic sale in Templemore.

“We sell roughly 40-60% of our continental weanlings in autumn and keep the remainder for dry stock.”

They keep their dry stock herd until they are two-years-old when they are sold on as stock bulls.

Her grandfather, Robert Wallace, bred pedigree Herefords which he showed in sales when her father was young.

“We have since taken over the Inane herd and calve-down about 12-13 cows each year. Also, we retain heifers for replacements for either herd, depending on numbers born each year.”

“The real selling point of Hereford bulls for dairy farmers is the ease of calving, especially with young in-calf heifers. Bull calves can go for beef with heifers either being fattened or kept as replacement sucklers.”

During lockdown, Louise purchased Angus suck calves off her uncle, Trevor Cole, which she hopes to put in-calf eventually.

“My love has always been with animals. I couldn’t care less if I never saw a tractor as long as I have livestock.” 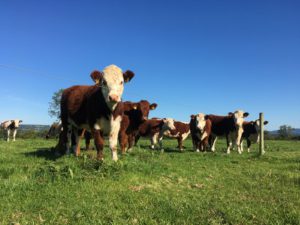 The 19-year-old is currently in her second year of this four-year level 8 degree which she commenced after her Leaving Certificate.

The highlight of her college experience so far is the people she has crossed paths with. “From housemates to classmates, I’ve made so many new friends. I have thoroughly enjoyed the social aspect and independence of college life.”

“The modules in first year are quite general. However, this semester they have started to link into agriculture more and I find them extremely interesting”.

Like many agricultural science students, veterinary medicine was always the dream for Louise.

“After I completed my work experience at Walsh & Fitzgerald veterinary practice with vet Pat Fitzgerald, I had my heart set on veterinary medicine. However, during sixth year, I changed my mind to agricultural science in UCD as I preferred the lifestyle and career opportunities.” 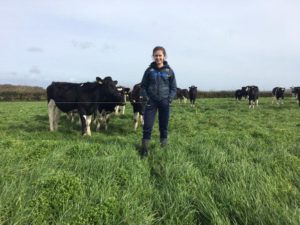 Louise does not feel she is treated any differently than her male counterparts in this “extremely varied sector”.

“There have been times I have been asked ‘is the boss man here?’. You have to remind them that you are as capable as anyone to help them out.”

Louise believes the development of innovation, such as robotics and artificial intelligence, positively influenced the sector.

“Time dedicated to tasks such as milking and scraping pens can now be spent with family, giving farmers the chance of having the best of both worlds.” 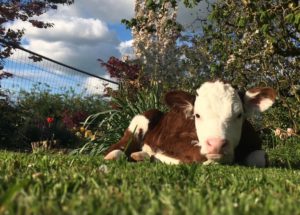 In the spring of her third year, Louise aims to complete her professional work experience in New Zealand or America.

Once she completes her undergraduate studies, she hopes to undertake a Master’s in Education.

“I hope to eventually teach agricultural science to secondary school students who, like me, have the interest and the love for farming,” Louise concluded.

In-lamb ewes ‘on fire’ in Cootehill