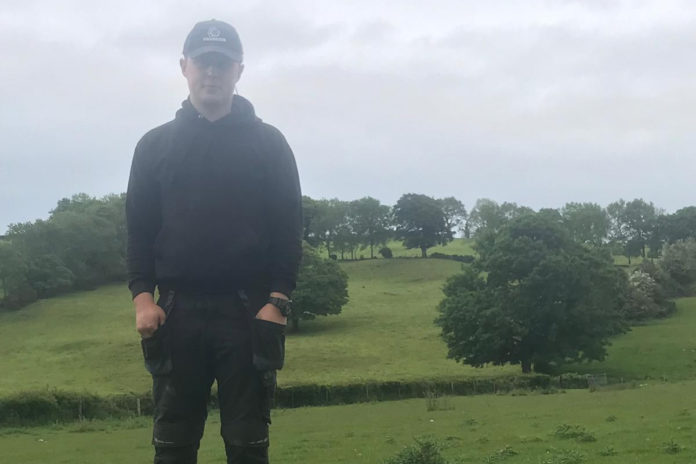 ‘I always wanted to be a farmer’

Graham Armitage developed a love for sheep from a young age and decided long ago that they were going to play a big role in the future of his farm.

Speaking to That’s Farming, Graham explained that the idea of sheep on his farm started out as a family joke, having grown up on a primarily beef farm.

“Ever since I was young, I just liked sheep. My mother says that she used to struggle to get me out of the sheep shed when I was a young lad.”

“I used to go over to my uncle during lambing and we started a running joke that we were going to go back to 600 sheep with my father.”

His father once farmed around 250 ewes many moons ago but decided to focus on cattle instead and got out of sheep. It wasn’t a simple task to get him on-board with the return to sheep.

“My plan was always to go sheep farming. I made that clear from day 1 when I came home that this is what I want to do.”

“It was a right struggle for me to get back into them, it took an awful lot of convincing. That’s why we bought store lambs first and breeding ewes after – because he didn’t want ewes around the place at all.”

Getting back into sheep began 6 years ago, starting with 20 stores and building on that for the years that followed until a flock of breeding ewes began to take shape.

“Last year was my first year buying hogget ewes. I bought 65 mules, 15 Suffolks and about 10 Leicester crosses. I keep a lot of mules – they’re great mothers and I don’t think you can compare their mothering ability to any other sheep.”

“I bought 2 new stock rams as well – a Beltex and a Chartex (Charollais x Beltex).”

Lambing began on the first week of February and the 22-year-old said that his preference is to lamb them as early as possible. The reasons for this are two-fold, firstly in order to take advantage of the early market and secondly the grazing conditions in early spring.

“It suits me here because around the first week in February you get nice dry weather and the cattle aren’t out, so the ewes have all the grass for the first week or two.”

He reported that lambing was a success this year, with less than a handful of lambs needing assistance, and the breeding strategy was also a triumph, as the return on investment in the 2 new rams was evident as lambs were finished.

The success of his finished lambs could also be attributed to the new grazing system and grassland management changes that the young farmer has implemented.

Having learned new skills and gained more practical experiences through college, he decided to apply them to his own farm in a bid to drive efficiency on their land.

“We have done an awful lot of paddock fencing and spread an awful lot of lime since I came home. We soil tested the whole farm and now we are getting our Ps and Ks up, getting the pH right and really pushing for soil fertility. We’re trying to do the best we can with what we have.”

“Since we started this system, the difference is night and day. We had a 15-acre field that I split into 3, and my father couldn’t believe the cattle after they came out of it. They are normally fed meal in the shed for 3 or 4 weeks before they’re finished whereas now, they’re fat off grass.”

Graham explained to That’s Farming that the number of sheep on the farm will grow as the years progress, as the success of recent years for sheep and the struggles with beef in the same period have had a huge bearing on future plans.

“I’m looking to up the numbers to 200 or 300 sheep if I can and establish a decent high-yielding flock, but we would have to sacrifice cattle for that.”

“We finish all our cattle and it’s been a disaster recently trying to offload them. In years like this, with the price of beef being so bad, the sheep are really coming into their own – they’re really helping balance the books.”

Even though he has seen the volatility of meat markets throughout the years and the struggles farmers have faced, the 22-year-old had his mind made up on his future long ago.

“It was always farming for me, I always wanted to be a farmer and that was it.”