That's FarmingThat\'s Farming Irelands Largest Farming News, Properties and Classifieds Network
Home Beef ‘I don’t think getting too busy is the answer to anything’ –... 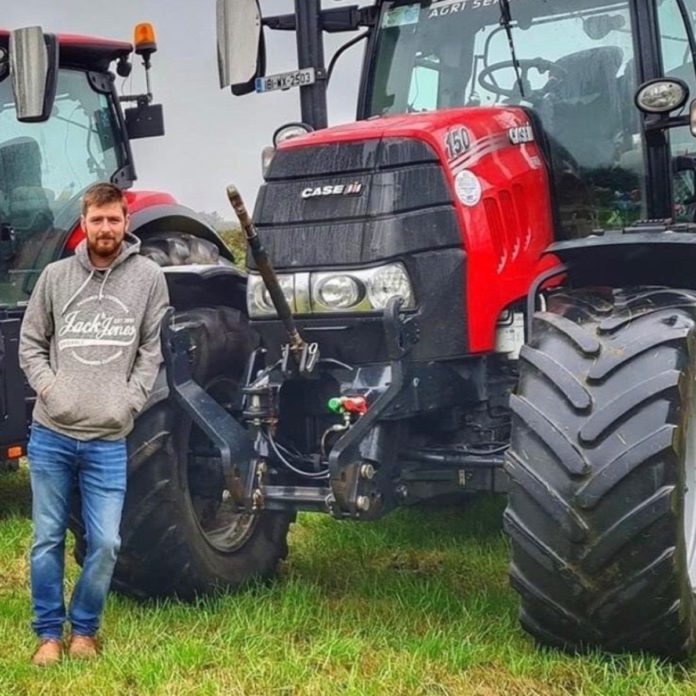 As part of this week’s Contractor of the Week segment, That’s Farming, speaks to Jamie Hurley of Hurley Agri Services about his contracting business, farming in partnership with his father James, and studying at Clonakilty Agricultural College.

Working in an office was never a job Jamie Hurley could connect with from a very young age.

The 27-year-old, third-generation farmer from Ardmore, Co Waterford, farms in partnership with his father whilst running an agricultural contracting business.

The duo farm 66-suckler-cows on 107-acres of owned and leased land, comprising of grassland, sowed by his grandfather.

“I have an interest in machinery for as long as I can remember. I wanted to be nowhere else than to come home from school, and drive the tractor,” he told That’s Farming.

In 2010, he completed his Green Certificate at Clonakilty Agriculture College Co. Cork. In the first year, he explored all farming areas, and he chose his dad’s farm for his college placement.

“The home farm placement was the best option for me; I prefer to be out working rather than inside in an office or a classroom.”

Then, for his second year, he selected a Level 6 Advanced Certificate in Drystock Management. 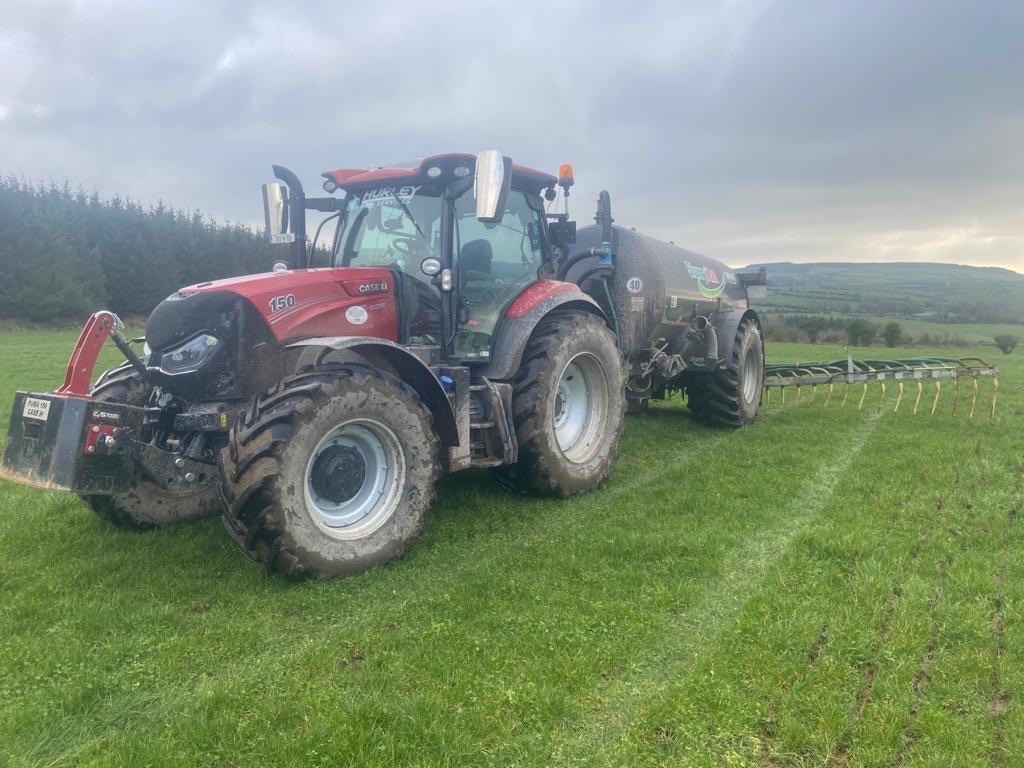 In 2019, Jamie established his contracting firm, Hurley Agri Services. The company operates within a 30-mile-radius of Cork, Waterford, and the surrounding areas.

From humble beginnings, he began with his father’s New Holland TS115 tractor, and with the bank loan, he broadened his fleet of machinery.

“I could not have done it without the help of my parents. I came with the idea of what I was doing, and they helped me to drive on. I took the leap and went into contracting, joining up and then went out on my own doing slurry and baling.”

“When I bought the baler, I used to get Ger to do my wrapping, and we are getting on very well working together. It is a great system we have going, the first year in contracting went quite well, with a lot of support from local farmers. They all gave me a bit of work, which was great to get started.”

“You really do have to love it; there would be nights there when you are out late, and you are only getting a couple of hours of sleep.” 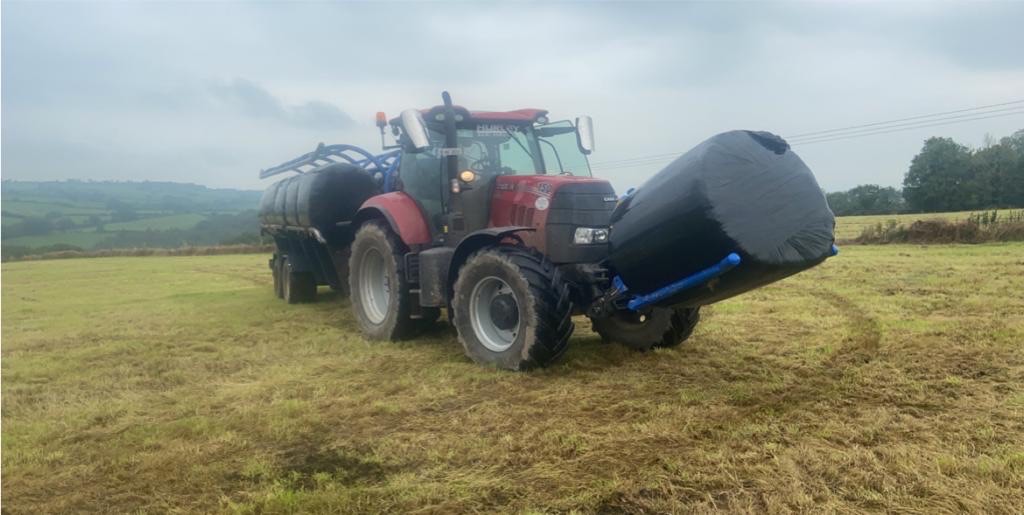 Today, his extensive fleet of tractors include a Case Maximum 150 and a Case Puma 150. He employs his brother Keith, his father, James, and his cousin, Evan Kennedy.

“I have a new baler coming or the upcoming season. I am trading in my McHale 5500 baler for a Kuhn FBP 3135 (with film). You have to keep following the new technology.”

“If you have something bought, and you think it is the next best thing, something else comes out. You are falling behind straight away.” 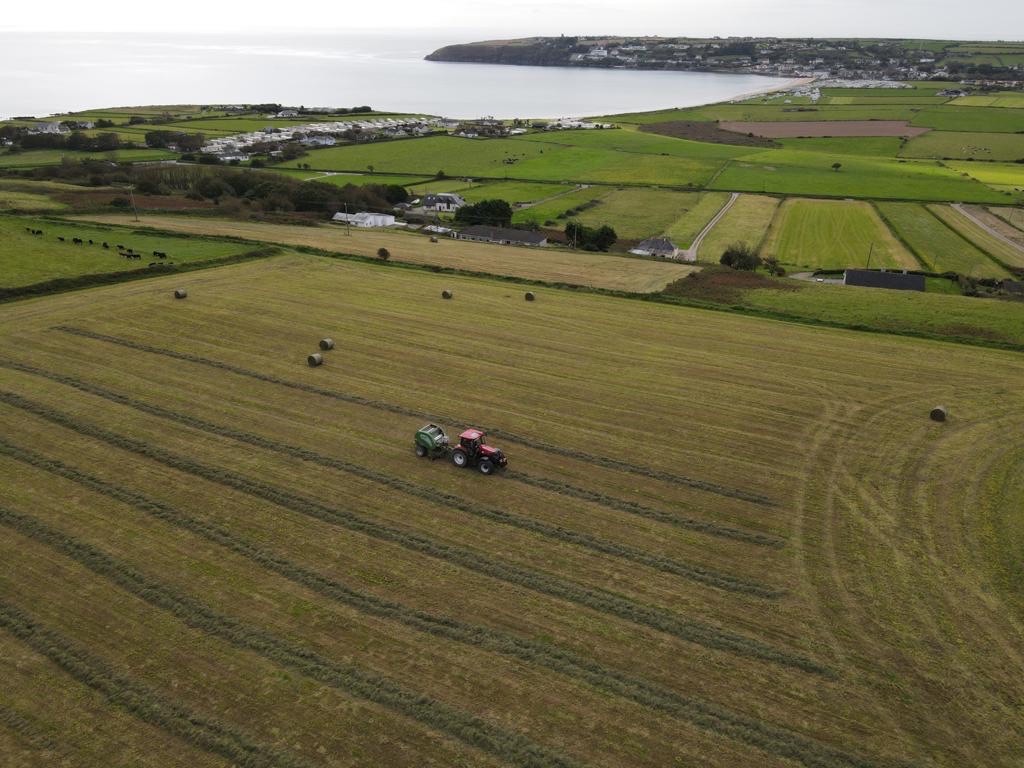 According to Jamie, the Slurry-Kat slurry tanker is an excellent system. He has considered purchasing another one or an umbilical pipe-system. He notes that the future of the contracting business will move in tandem with dairy expansion.

“There is a lot more contracting to be done because of the expansion in the dairy sector. Dairy farms have not got the time in the spring to do the work themselves. They need a good contracting service to come and get the work done.”

“I like to do a lot of the work myself; it is done professionally then, and I like to be always around when the work is going on. I don’t think getting too busy is the answer to anything.”

“You don’t know what is going on; there is bad work being done in places if you are not careful.” 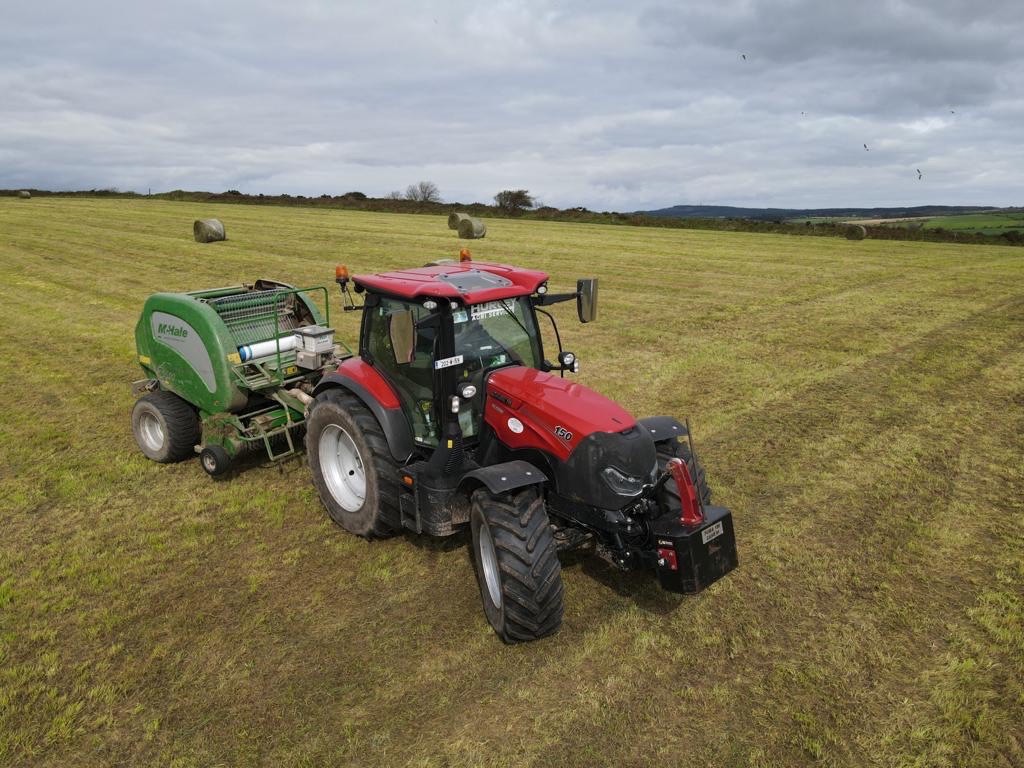 In the future, Jamie would like to expand his services and revealed machinery is getting expensive as a contractor. He believes his mechanical knowledge will be essential to reduce costs.

“I do most of the maintenance; you have to do it yourself; you won’t be too long contracting if you can’t. I am always pushing on and going with the flow of getting new machinery. You have to push on and try to make the machine worth getting.”

“I would be all about good time management; when I tell the farmer I am going to be on to him, I will be onto him. I could be there a couple of hours earlier; I will never be late. All work is carried out to the highest standard possible. If you do a bad job, the farmer is not going to be happy.”

“Weather is the biggest problem, and narrow windows to get the work done. It is great when things are going steady, and you get home at a reasonable hour. If you are out every night, it takes it n everyone, and things start going wrong and getting broke.” Jamie Hurley concluded.