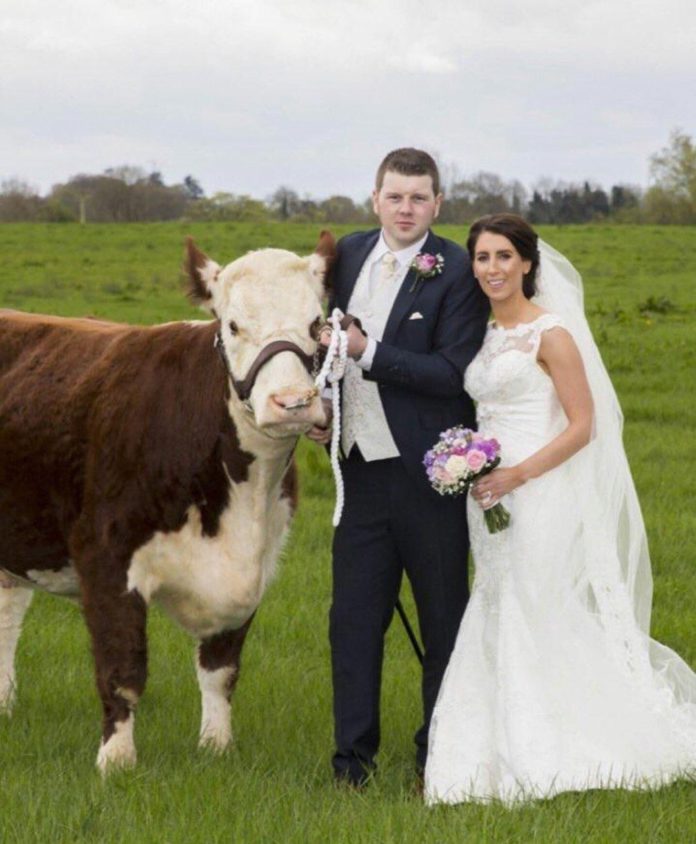 As part of this week’s Suckler Focus, Hugh P Murray of Newland Hereford, discusses his long-standing association with the breed and running a traditional craft butcher shop.

The family has a long-standing association with the Hereford breed, and is strongly involved with the Irish Hereford Breed Society.

Hugh started breeding pedigree Herefords when he was seventeen, an interest that came from his maternal side of the family. His grandfather bred them for years, and his two uncles have also carried on the tradition.

“I brought my first ever bull, Newland Steve, to a show and sale in Nenagh, and he was champion that day, so I was kind of bitten by the bug then.”

“I have five pedigree cows at the minute and three coming through. We have ten ordinary suckler cows left, and the rest of our farm is weanling-to-beef.” 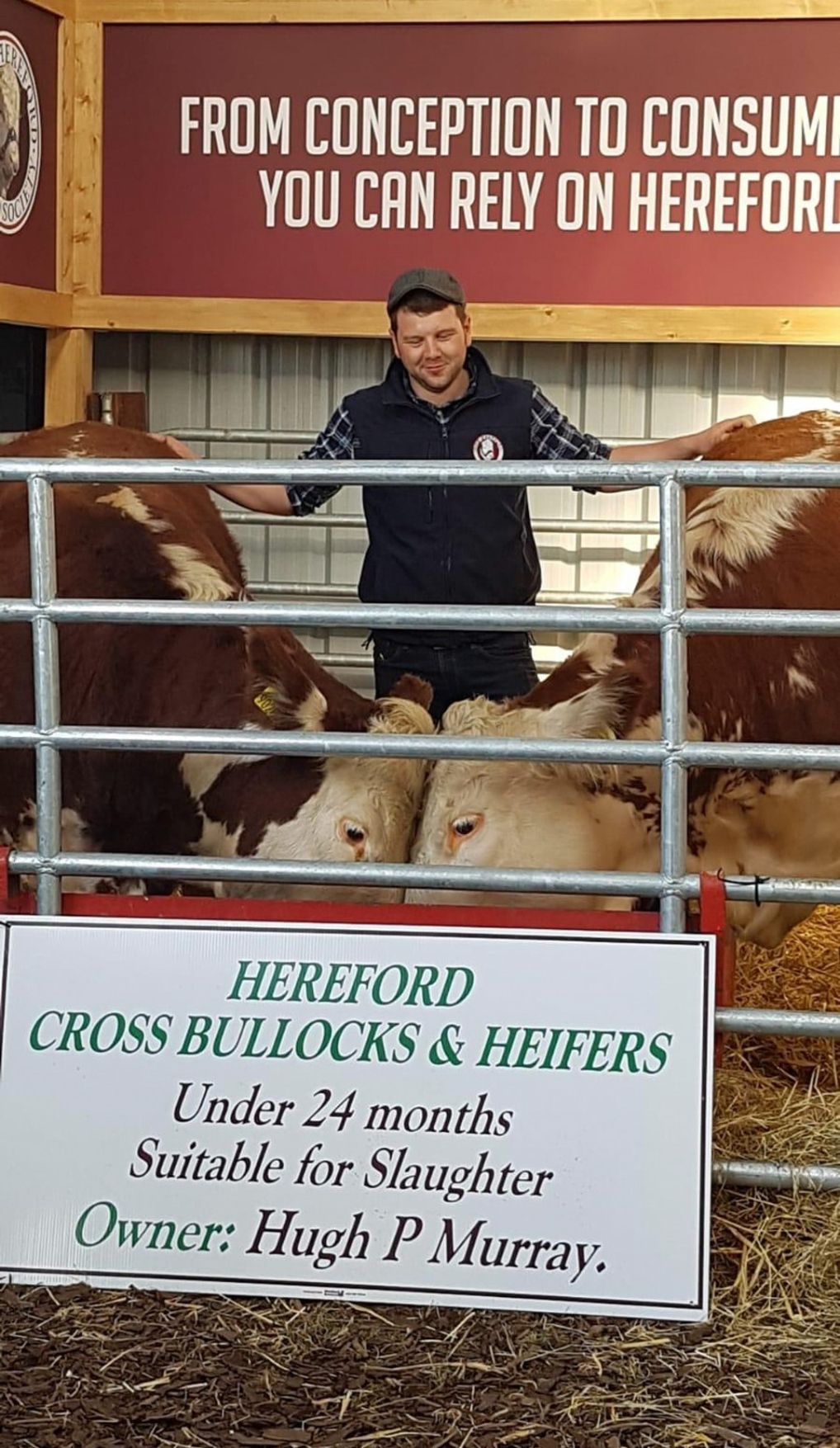 The family AI all their cows and calving takes place in July-November for the pedigrees, in line with show season. The commercial herd calves in the spring between February/March.

“The way farming is going, we will be utilising grass more than anything else. Herefords finish off grass at two-year-old with very little ration. I think for suckler farmers, as well as dairy farmers, it’s a no-brainer. If you cross a Hereford bull with a continental cow, you’re going to tick all the boxes with grading.”

“I strive to breed a nice, thick, docile cow, with correct legs and good markings. I sold two bulls to pedigree breeders and a bull to a Tullamore farmer for cross-breeding on Parthenaise heifers. However, dairy farmers would be our main target market.”

“I selected Herefords mainly to carry on the tradition from my grandad and also because they have great suitability for our shops. They put on a great fat cover for their weight, so you have nice sized steaks and roast that suit our trade.”

Hugh’s love for pedigree cattle and exhibiting at agricultural shows has undoubtedly left him with many achievements. He had the commercial calf champion at the National Hereford Calf Show in 2016 and 2019.

Newland Goss was All-Ireland Calf Champion Strokestown and went on to sell for €3750 in Nenagh.

Besides, Newland Val was a first-prize-winner at Tullamore show in 2014. Meanwhile, Newland Alfie was tapped out as junior champion and overall reserve champion at Ossary in 2018.

“I travel up and down the country; you could see me anywhere, but the main events in my calendar would be Hereford shows, Nenagh, Trim, Tullamore. In 2019, I had commercial cattle on the Hereford stand at the National Ploughing Championships.”

“I have made great friends through the Hereford Breed Society and look forward to the return of show season.” 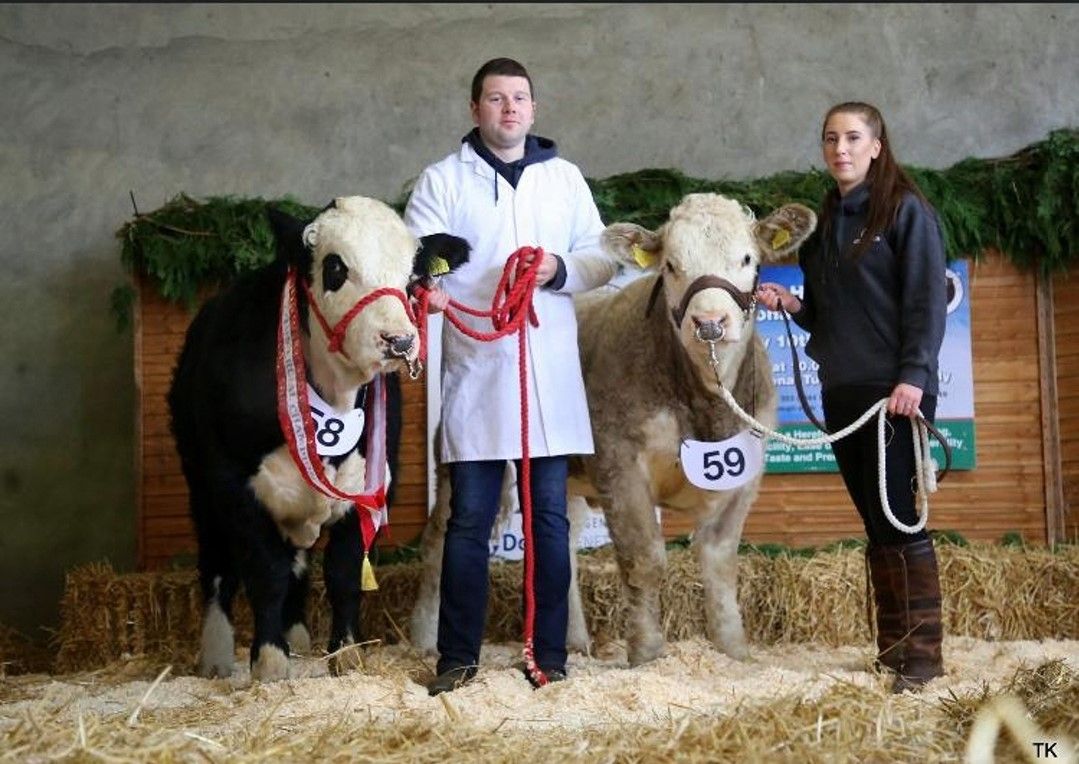 The Westmeath man runs a traditional craft butcher shop, H. Murray and Son Family Butchers, on the main street in Kilbeggan alongside his father who purchased their shop in 1973.

They have their own abattoir so Hugh can handpick cattle from their farm; therefore, traceability is guaranteed. They send any excess cattle that may be too heavy for their own market to the factory.

Hereford meat of excellent quality is predominately what is sold from their shop.

“I know no different. I am 30 years of age and am 15 years helping my father in the butcher shop. At the moment, things are going very well. We can put two heifers a week across the counter, around eight cattle a month.”

Hereford beef particularly suits their market because the heifers finish at an earlier age and their fat cover for their weight suits their trade in the shop.

Also, the breed’s ability to finish off grass is an excellent selling point to provide consumers with superb meat generated in a system that helps the animal and environment.

“We kill Hereford heifers predominantly all under 24 months. They are loaded on a Monday morning down in Moate, brought to the abattoir, our local vet inspects them, and they are killed. Then, the vet comes back in the afternoon to stamp them and make sure everything is above board.”

“We hang them in our cool storage for a minimum of 21 days. We dry age all our beef and my father and I then prepare it. We do all the boning and cutting ourselves so it is ready for the counter then.” 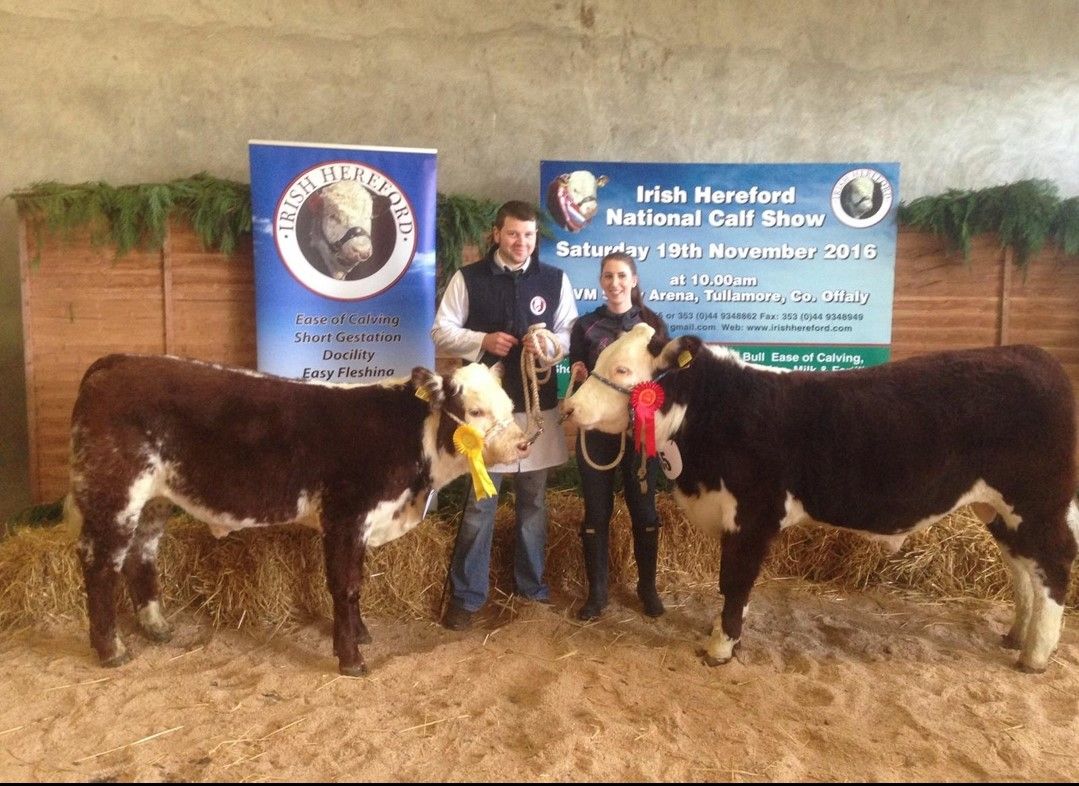 Luckily for Hugh, Covid-19 has benefited many local shops business-wise, with many people opting for local produce in their area.

“Without a doubt, people started buying more locally during Covid-19. With restaurants closed, they see the butcher as being slightly a step above the supermarket quality-wise for your Sunday roast and your steaks at the weekend.”

“It’s a good trade at the moment. It is gone full circle from a few months ago where small butcher shops were closing left, right and centre. Sixty-four butchers had closed in the space of twelve months up until last March, so it is a huge boost for the smaller shops.”

“I would love to expand my shop; we purchased the premise next door to us. Now, we have the option to expand if consumer trends continue. If they do, then the small butcher’s future is bright.”

Hugh would like to see suckler farmers being rewarded more for their quality product in the future and plans to rear calves alongside his sucklers.

“We are providing a superior product for beef production, which should be rewarded. I might go down the route of rearing calves along-side my suckler herd. I would like to bring them on the whole way from calf-to-beef, so I can really stand by them.”

“Besides, I would like to have 10 or 15 pedigree cows just for a hobby more than anything else and a bit of craic on the show circuit,” Hugh P Murray concluded.

To find out more about the Irish Hereford Breed Society, click here.

- Advertisement -
Previous article
Pictures: Heifer weanlings sell for up to €5.88/kg at Dowra
Next article
Quiz: How well do you know UCD School of Agriculture and Food Science?