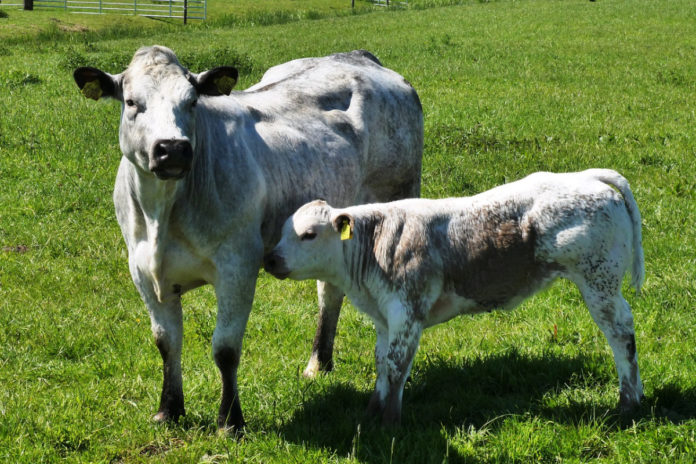 How to achieve ‘double-muscling’ in your herd

The majority of traits we select for in cattle are controlled by many different genes as opposed to individual genes, writes Nigel Gould, Beef and Sheep Adviser, College of Agriculture Food and Rural Enterprise (CAFRE)

These traits include fertility, growth and carcass traits. A smaller number of traits are controlled by individual genes. Polled-ness and double-muscling fall into this category.

These traits usually have dominant and recessive forms of the gene called alleles and it is the combination of these alleles which determines the phenotype of the animal (what the animal will look like). For example, in most cattle, the polled form of the gene is dominant, and the horned form is recessive.

However, if an animal is polled, we don’t know if it is homozygous (PP) or heterozygous (Pp) because both types express the polled trait.

Myostatin status is an additional piece of information which can be used to make informed breeding choices.

‘Double muscling’ as it is known is caused by the ‘myostatin gene’, which influences the production of a protein controlling muscle development.

Double muscling occurs in a similar way to the polled-ness trait, however, there are different variations of this myostatin gene (nine known variations in cattle).

The myostatin gene can be successfully used to improve carcass traits such as conformation, kill-out percentage and meat tenderness. However, depending on which of the myostatin types is present, the extent of this additional muscling and the possibility and extent of associated negative traits will vary.

Variant F94L, often called the ‘profit gene’, which is present in most frequency in the Limousin and Aubrac breeds and to a lesser extent in Charolais, has been found to increase muscle mass with no associated increase in calving difficulty or reduced fertility.

Variant Q204X is most common in the Charolais, and to a lesser extent in Limousin breed. Variant E226X is most frequent in the Beef Shorthorn breed.

Careful consideration when matching a bull to a particular cow can help maximise the benefits of the myostatin gene while reducing any possible negative associated traits.

In addition, only use these bulls on cows with a proven ability to calve unassisted but extra vigilance at calving time may be required. Also be aware that although the cow may not appear muscular, she may be a carrier of the gene.

For example, as most Belgian Blue bulls are homozygous (i.e. nt821/nt821), when mated to non-carrier females, the progeny will be heterozygous (nt821/+).

For example, a Belgian Blue X Friesian cow is likely to have one copy of the nt821 gene. Even though she may not appear very muscular herself, if crossed to a Belgian Blue bull (nt821/nt821), the resultant calf could potentially carry two copies of the gene which could potentially result in an extreme muscled calf which may increase the incidence of dystocia (difficult calving).

Table 1: Probability of a mating resulting in progeny carrying the myostatin gene:

With the current circumstances surrounding COVID-19, re-evaluate procedures on-farm where AI is being carried out.

Give careful consideration to the current expert advice and to ways you can reduce the risk to yourself and your AI technician.