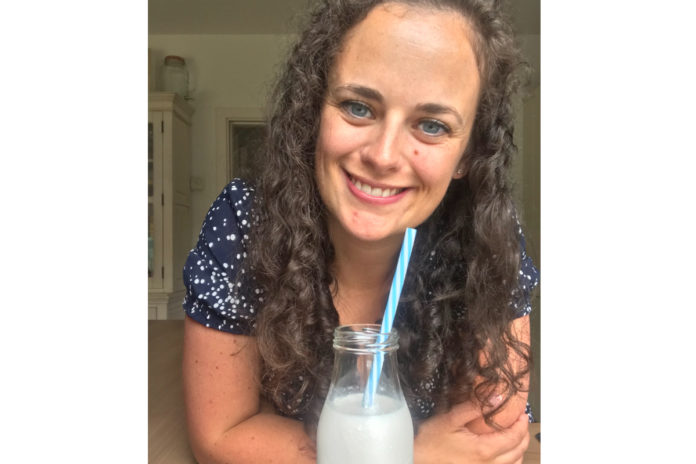 Having suffered from digestive issues for years, Mary-Thea Brosnan was prescribed tablets to be taken before every meal for the rest of her life.

She spent years looking to help her symptoms through diet until a nutritionist advocated milk keﬁr, a fermented milk beverage packed full of beneﬁcial bacteria and yeast for your gut health.

She sourced keﬁr grains and started making it herself. Within a week, the keﬁr had made a huge difference to her symptoms and she told everyone about the transformation. She noticed that none of the milk keﬁrs on the market were made in the traditional way using keﬁr grains but were instead using powdered, lab-manufactured cultures.

She decided to create a premium product using the living organisms to produce the most natural form of milk keﬁr as it was traditionally made. After 14 years living in Dublin, she moved home to Castleisland in Co. Kerry in October 2018 to start Kerry Keﬁr.

She continued to work part-time as an optometrist (she has a BSc in Optometry) before going full-time with Kerry Keﬁr in January 2020.

Starting the company in her parents’ kitchen, she soon moved to a converted truck container behind the house.

For the ﬁrst year, she sold directly to customers in Castleisland but is now stocked in ﬁve SuperValu stores in Kerry.

ACORNS provided Mary-Thea with a support network that was a massive advantage in the early stages of setting up a business.

She won the ‘One to Watch’ award in the Connect Kerry Women in Business Awards in July 2019 and her plans for the future include a larger production facility, increasing output and hiring staff.

The call is now open for women with new businesses or “well-developed” ideas to join the new cycle of the free programme — ACORNS 6, as reported by us here.

The initiative will also continue to support participants from previous cycles through further development phases.

A total of 50 new participants are being sought for ACORNS 6, a programme that will run over six months from October 2020 to April 2021.

Any woman with a new business based in rural Ireland — or an idea for a new venture they want to get off the ground — can get more information and download an application form at www.acorns.ie. There is no charge for participation.

The deadline for application for this year’s cycle is September 21st, 2020.