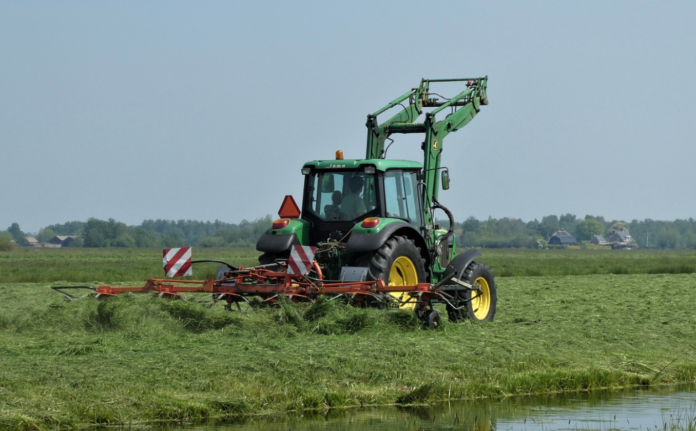 It said that since the introduction of the split registration year in 2013, July has become a significant month for the registration of new tractors and is regularly the month with the second-highest level of registrations after January.

That pattern has been repeated in 2020 with the registration of 304 new tractors during July, second only to January when there were 429 registrations.

The July figure is an increase of 8% on the same month last year and brings the total for the first seven months of the year to 1,512 units which is a 9% year-on-year decrease.

“Given the much-reduced levels of registration activity during the second quarter, when registrations of new tractors fell by 35% on last year’s numbers, the July numbers provide a positive indicator in relation to underlying customer confidence.”

“Cork, as always, remains the county with the highest level of registrations with 215 units registered to the end of July, followed by Wexford and Tipperary with 103 and 101 units respectively.”

“All counties have now reached double-digit levels of new tractor registrations with Monaghan the lowest on 10 machines.”

“The resumption of registration activity through the NCTS centre network saw a substantial increase in the number of used imported tractors registered with 328 such machines registered during July, a 46% increase on the 224 units registered in July of 2019.”

The total number of used imports registered to the end of July is 1,216 units, a considerable reduction on the 1,913 machines registered by the same time last year, according to the association.

It said that the lengthy closure of the NCTS centres impacted “heavily” on these registrations.

Teleporter registrations, after “many months in the doldrums”, also saw their second-highest level of monthly registrations in 2020 with 59 units registered, as against only 23 such machines registered in all of the second quarter.

Registrations of wheeled loaders “enjoyed a good July” with 14 machines registered, a substantial increase on the 6 machines in July 2019.

A total of 83 wheeled loaders have been registered to the end of July, a 6% year-on-year increase.

After a second-quarter that saw no backhoe loaders registered, July saw 4 registrations bringing the seven-month total for these machines to 23 units, down from 52 registrations at the same point last year.

There were no additional registrations of self-propelled foragers during July, leaving the total for the year to the end of July at 32 units.

One further used imported machine was registered in July bringing that number to three units.

The association said the registrations of combine harvesters, as would be expected, ramped up significantly in July with an additional 28 machines registered during the month to bring the total for the year to end of July to 35 units as against 45 in the full year of 2019.

“It is expected that there are some further registrations still to come through the system.”

An additional 4 used imported combines were also registered during July to bring the total of such machines to 14 units.