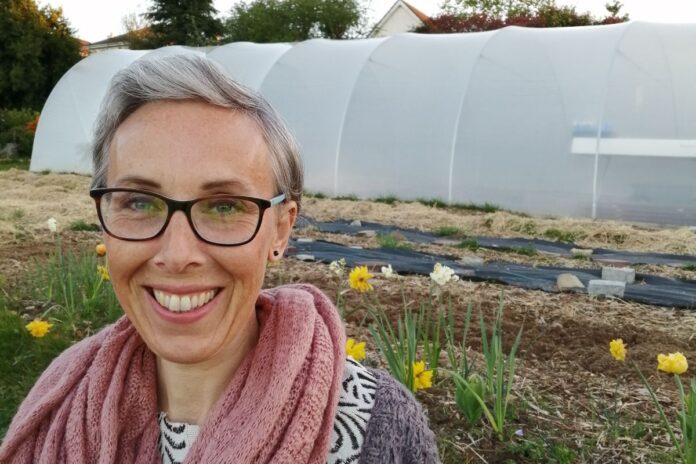 ‘Many people have become removed from the land – physically and metaphorically’

That’s Farming editor, Catherina Cunnane, in conversation with Jennifer Byrne. We discuss horticulture, her educational pathway and careers and challenges in the field.

“Horticulture is my second career – I went straight into music from school. I got the bug for growing at home around ten years ago.

Therefore, I did a Level 5 in Organic Horticulture at an tIonad Glas in Dromcollogher, which I followed a few years later with the MSc in Organic Farming at SRUC in Aberdeen.

Currently, I am a PhD student at Warwick University School of Life Sciences and Teagasc Ashtown.

I am researching the impact of integrated pest management on the environmental and economic sustainability of Irish horticulture.

I am organically certified with Organic Trust – I probably have the smallest organic garden in the country.

Also, I run the Organic Farming Internship Programme in Horticulture for the OGI (Organic Growers of Ireland).

Horticulture is the science of cultivating plants for food or ornamental purposes.

It is a broad term encompassing everything from hobby gardening to intensive commercial food or ornamental production.

It can be a natural process (as in organic horticulture), and highly mechanised or chemicalised.

The span is enormous, and I would almost go so far as to say that there are as many forms of horticulture as there are horticulturists.

For me, and what I mean when I say I am a horticulturist, is that I grow plants for food, for myself and others.

I do so in a way that is completely natural, devoid of chemicals and works with my environment.

Once upon a time, almost everyone would have had access to at least a small patch of land where they could grow a few spuds or onions.

That day is gone now, and many people have become removed from the land – physically and metaphorically.

There is a shift back towards growing food, thanks to a better awareness of food systems and food provenance.

Covid lockdown also brought people back to the joy of growing plants – nearly by necessity as there was so little else they could do at the time!

In terms of the conventional horticulture industry, Ireland’s progress has been rapid and now competes internationally.

The advances in mechanisation, pest management, and growers’ knowledge are impressive.

I see there being three main challenges at present for Irish growers, and these are, in no particular order:

Growers are facing huge uncertainty around growing media at present.

The complex situation arising from the curtailment of peat extraction here raises many concerns.

By no means do I advocate for the continued extracting of peat from Irish peatlands.

However, I definitely struggle with the idea of importing either peat from other parts of Europe or alternative products such as coir from as far away as Sri Lanka.

There are significant environmental issues around both options, as growers are fully aware.

And yet, growers are expected to go on producing cheap food without answers to this dilemma.

Research is starting here on alternatives, but this will take years.

Labour is another issue. There was outrage in the media back in 2020, during lockdown, when it emerged that a large grower was bringing in workers from eastern Europe.

But where do consumers think the workers are coming from? They are not Irish, in the main.

Horticultural labour, especially organic, is intensive and tough. The hours are long, it is seasonal work, the weather can be tough, and employees have to work quickly and to a very high standard – often for minimum wage.

There is more to it than this when you are talking to growers – for example, there is a lot of bureaucracy around hiring overseas workers – but, across the board, finding good people to do this work is an ongoing pressure.

Furthermore, we have all heard recently of growers getting out of the business due to financial pressures.

This is evidence of the broken food system we are all a part of. The supermarket gives the consumer what they want, and the consumer (in most cases) wants cheap fresh produce.

Most people do not mind where the apples or broccoli come from as long as it looks good and does not cost too much.

And I understand this – we are not educated in school about the food system or seasonality or the environmental cost of the things we like to eat.

But the upshot is that Irish growers cannot produce food and put food on their own tables if they are not being paid a fair and honest price for their produce.

The input costs to horticulture are increasing all the time – rapidly, actually, in the last year or two. Below-cost selling is not real and not sustainable.

The margins are tiny – the retailers will squeeze every last cent out of the deal with the grower – but when these cents are added up, they can make or break a business.

Some growers are finding alternative routes to market – organic growers are good at this – but it does not suit everyone’s farm system or scale, or locality.

It is a downward pressure spiral, and the grower is at the end of the line.

Horticulture is not a primary consideration for the Irish government. The livestock and tillage sectors are paramount in terms of supports and recognition.

But the horticultural sector is worth €477 million and employs 6,600 people directly.

The government reacts when growers make enough noise, but it is unfortunate when situations have to get to that point to be heard or taken seriously.

Irish shoppers spent €1.59 billion on fresh produce in 2020 – government should be looking to create a system wherein much more of that spend is going on fresh Irish produce and not cheap imports.

To be fair, some money has been allocated in recent months, but it remains to be seen how this will trickle down to the primary producer. 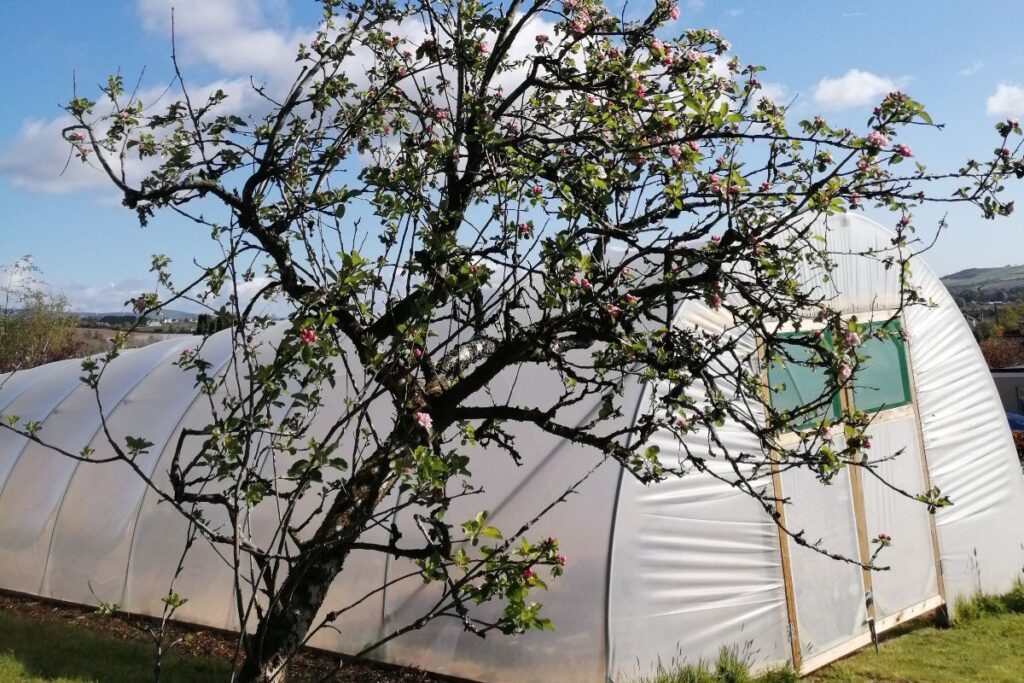 The majority of output from the Irish horticulture sector is consumed here.

The obvious exceptions to this are mushrooms and nursery stock. Exports amounted to €325 million in 2020, with most going to Britain and Northern Ireland.

Irish mushroom growers export around 80% of their produce annually, to the tune of around €117 million.

There is a really broad range of career opportunities in horticulture here – from working in some of our magnificent formal gardens to retail horticulture to research to niche food production.

Social horticulture and community gardening are gaining traction, and educational opportunities in these areas are becoming more readily available.

It is only when talking to people that you can appreciate the breadth of the vision that Irish people are bringing to horticulture.

Some careers are better remunerated than others, but there truly is something to suit the ambition of everyone interested in the sector.

The commonality across the field (excuse the pun) is that there is no career like it.

Being outdoors, working with plants or seed or soil, creating something edible or aesthetically pleasing.

I would love to see Irish growers get themselves more organised in terms of creating a unified voice.

There are only two growers’ Producer Organisations here, unlike in the UK, where more than 50% of all fruit and veg is sold via POs. Irish growers do not have that network or support.

We a relatively small industry, but there are many dynamic and progressive people involved, and it would be good to see that energy coming together more cohesively.

Farm walks, training, and discussion groups – these all help at ground level – but the structure is key in terms of being recognised and having issues heard.

The organic growers’ community is smaller again, but the networks are quite good.

The OGI runs the Small Growers Network and the annual Future Growers Conference.

NOTS are great from a training perspective, and the organic certification bodies also bring a presence to the table. 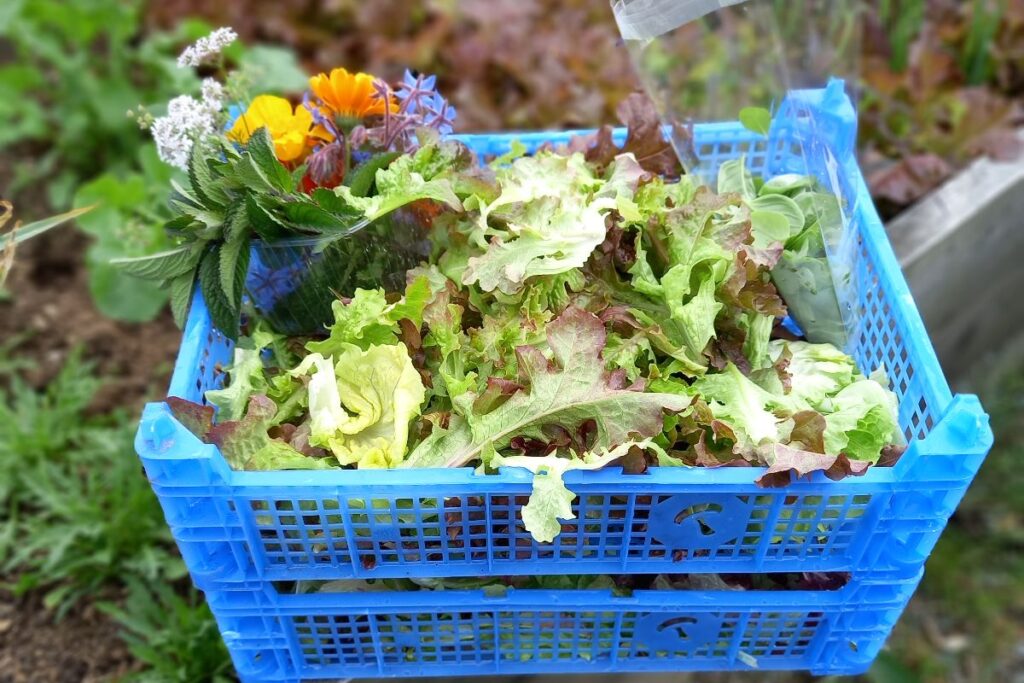 In an ideal world, children would be educated as to where their food comes from.

They would understand fruit and veg in the contexts of seasonality, farm systems, and the process of growing, from seed to plate.

By creating more educated citizens, we might have a future hope of addressing the issues facing primary producers (not just growers).

Would consumers choose to buy Wexford strawberries instead of a (possibly cheaper) imported version if they knew the provenance, could taste the difference, understood the environmental impact of the latter compared to the former?

I believe they would, where possible. I know that some families will always be forced to go for the cheapest option, which is, in itself, a testament to how broken the system is.

Also, I would love to see every child having the opportunity to experience the simple joy of planting a seed and watching it grow into something edible.

That fascination has never diminished for me. I see it in other people all the time in the courses I teach.

There is something magical about it, and everyone has the skill within them.”

- Advertisement -
Previous articleCost of keeping a dairy cow rises to €2,069 in BMW – Teagasc
Next article‘A cow would have to sell at least €2,100 in milk sales to break even’