That's FarmingThat\'s Farming Irelands Largest Farming News, Properties and Classifieds Network
HomeFarming News‘We have to beg for our survival at a time when the... 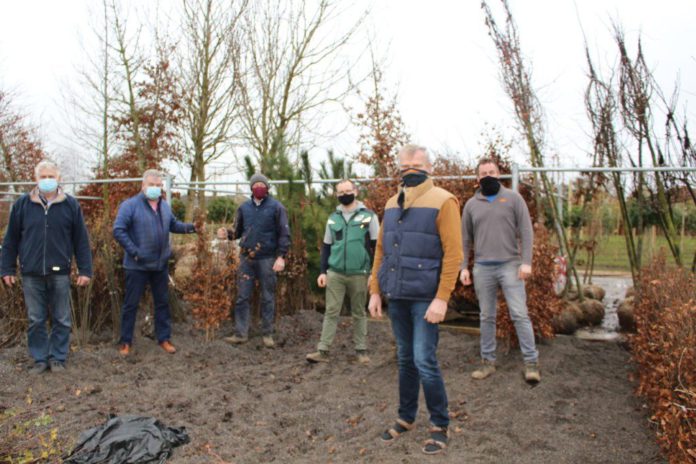 Exasperated plant nursery owners are taking their frustrations on the ban on horticultural peat harvesting to the seat of Irish government tomorrow (Tuesday, July 13th).

They claim that they are “being ignored and let down” by the government.

The demonstration will take place at the Convention Centre between 2pm-3pm.

Larry Doran, a spokesperson for Kildare Growers, says they are at the end of their tether since the ban on harvesting of peat on bogs over 30 hectares.

“We have been completely let down and forgotten about by the Irish government, and we have to take action. This is one of the most important environmental issues facing our country.”

“It is beyond belief that we have to beg for our survival at a time when the Green Party is in government”.

He warned that thousands of jobs are at risk in his industry. “Irish nurseries across the country rely on Irish peat as a growing medium.”

He said the issue is of “critical importance” not only to plant nurseries but to the wider horticultural industry.

This includes the production of mushrooms, vegetables and soft fruit and has serious implications for thousands of jobs.”

“The Irish horticulture industry employs approximately 17,000 people, particularly in rural areas. If no solution is found immediately, businesses will be forced to close. There will be a loss of native biodiversity and biosecurity.”

“There is a high likelihood that there will be no Irish plants for sale next year, and garden centres will be forced to import all products.”

He warned that stockpiles have dried up, and without legislative change, there will be no Irish peat available for the industry come September.

He stated that there are sustainable alternatives to Irish peat for growing plants in Ireland.

“The Green Party is acutely aware of this, and the cessation of Irish horticultural peat production forces us expects us to import inferior quality growing material, from the Balkans or Malaysia, 2,300km and 10,000km from our shores, respectively.”

Furthermore, Doran highlighted that this would have a “compounding detrimental” effect on the environment.

“People who have little knowledge of our industry often suggest alternatives such as coir. The product is shipped from the tropics and grown on land stripped of tropical forest. Surely the Green Party understands how environmentally damaging this is.”

“There is an epidemic failure within the government to understand the issues facing the environment and impact of short-term objectives and poor decisions on the entire horticulture industry”.

“It appears that this locally based, long-standing and successful industry has been an unintended casualty of the environmental challenges that the country is facing.”

“One of the gems of Ireland’s environmental battle is seriously threatened, by becoming the victim of the environmental war it is helping to fight.”

“This is the worst ever crisis we have ever faced, and thousands of jobs, direct and indirect, are at serious risk,” he concluded.

- Advertisement -
Previous article
Eir copper wire stolen from telephone poles
Next article
‘I sell many bulls at €10,000 and €10,500’ – Roughan Charolais