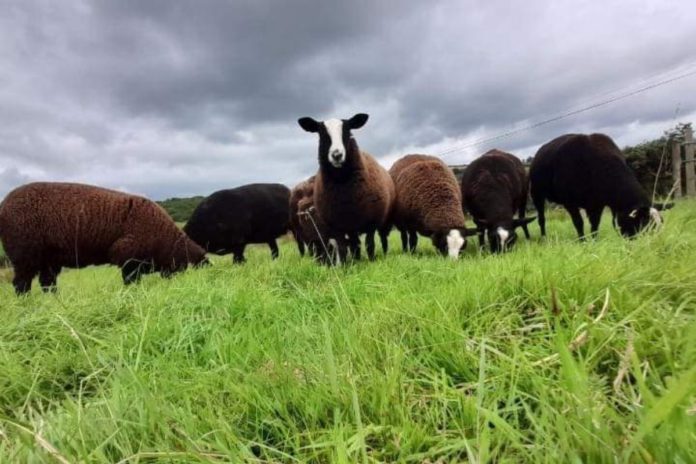 Study looking at retaining lambs from hoggets as replacements

A project that seeks to understand the long-term impact of retaining lambs from a hogget as replacements is underway.

The Massey University and Beef + Lamb New Zealand-led research project will follow the lifetime performance of single and twin ewe lambs born in 2017 from a hogget mating. These lambs were then mated as hoggets.

Professor Hugh Blair is spearheading the project, which is taking place at Massey University’s Keeble Farm near the Manawatu campus.

This project, which will finish in early 2023, has two objectives:

How they are conducting the trial

They identified all lambs in the trial and weighed them at birth. They gave supplementary feeding to a ‘fast’ group of ewe lambs to meet the 48kg target mating weight.

They combined all lambs into one mob at eight months old for mating simultaneously and to the same ram team.

They repeated the cycle over four years, with all lambs weaned in either December or early January, with all groups being farmed as one mob except at lambing.

The variables they measure annually include:

In his most recent project report, Professor Blair stresses that because this is a lifetime study, data will not be fully analysed until the end of the project in February next year.

As four and a half-year-olds, the ewe’s retained from the hoggets (and themselves mated as hoggets) remained lighter than the control groups, particularly the twins who were about 7kg lighter.

However, the bodies say that this lack of size does not appear to have hindered reproductive performance.

Furthermore, they found no differences in BCS between the four groups at weaning in December. Besides, ll groups recorded similar weaning rates (135-147%) and weaning weights (30.48 to 32.2kg).

The report notes that it was encouraging that the ewes born as twins from hoggets weaned a similar proportion of lambs to the control group even with their liveweight handicap.

The project builds on previous research Massey University carried out. It demonstrated that while twin lambs from hoggets were smaller at birth, they produced the same weight of lamb weaned as ewes from mixed-age dams.

This hinted at potential efficiency gains, but unlike this project, those trials did not mate ewe lamb off-spring until they were eighteen-months-old.

According to those involved, the important part of this trial is to determine whether there is potentially an optimal pre-mating growth strategy for ewe lambs, so they do not grow out to be excessively heavy mature ewes while still achieving good hogget breeding performance.

This part of the project, they said, will show whether very heavy ewe lambs at breeding have heavier mature weights.

If they do, they will utilise this data determine what impact this heavier mature weight has on ewe production efficiency.