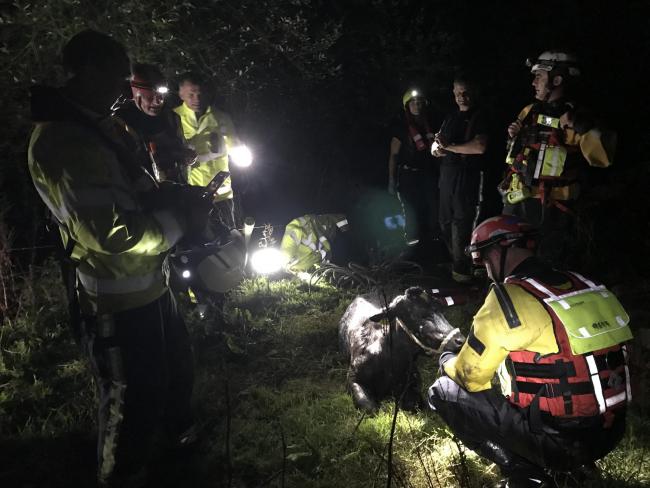 Heifer rescued after being washed downstream

A heifer was rescued after she fell into a river and was washed downstream in Devon in recent days.

He said: “The heifer had fallen into the river and been washed downstream along the River Exe tributary.”

“Debris from the storm had pinned her against the bank so she was struggling to get out and couldn’t keep her head above the 6ft-deep water.”

Steve met the caller at the scene and located the Friesian. The fire and rescue service was called for support, due to the fast-flowing water and “dangerous”  conditions.

“A crew came and called in support from their specialist water and animal rescue team.”

“I got into the water in my drysuit and managed to get a line around her. Then we performed a front assist rescue by pulling her free and up the bank.”

“She was absolutely exhausted but, thankfully, wasn’t injured. We took the fence down and got her back into her field before building the fence again and contacting the farmer to let him know what had happened.”

“She could have drowned, and she was incredibly lucky to have been spotted and rescued. I’m so pleased we were able to save her life and I’d like to say a huge thank you to everyone who was involved,” he concluded.