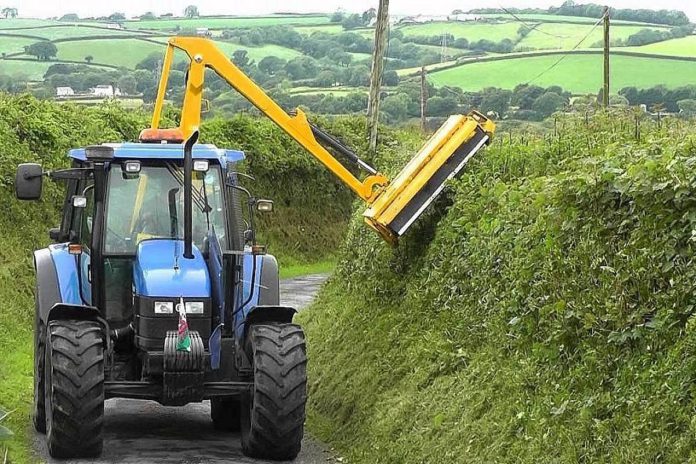 Hedge-cutting ban in place until September

A ban on hedge-cutting and gorse burning came into effect on Sunday, March 1st and will remain in place until September.

In a post on social media, on Sunday, March 1st, a spokesperson for Meath Crime Prevention said: “Today is the 1st March. We wish to remind the public that, under the Wildlife Act 1976, as amended, it is prohibited to cut, burn or otherwise destroy vegetation between 1st March and 31st August, except in the case of any of the derogations permitted under the Wildlife Act.”

“This means that the cutting of hedgerows and the burning of gorse and other vegetation are prohibited during this period.” the social media post added.

In recent weeks, the Association of Farm & Forestry Contractors in Ireland (FCI) called on Minister of Culture, Heritage and the Gaeltacht, Josepha Madigan, to extend the hedge cutting period until March 17th, as reported by us here.

This call came against the background of a number of weeks, where the country has experienced three-times the normal seasonal levels of rainfall.

The association also requested that a temporary review of the Wildlife Acts takes the impact of changed climate conditions, during the current winter months, into consideration and to allow for some flexibility in line with current and predicted weather changes.

To date, there has been no response from the Department of Culture, Heritage and the Gaeltacht.