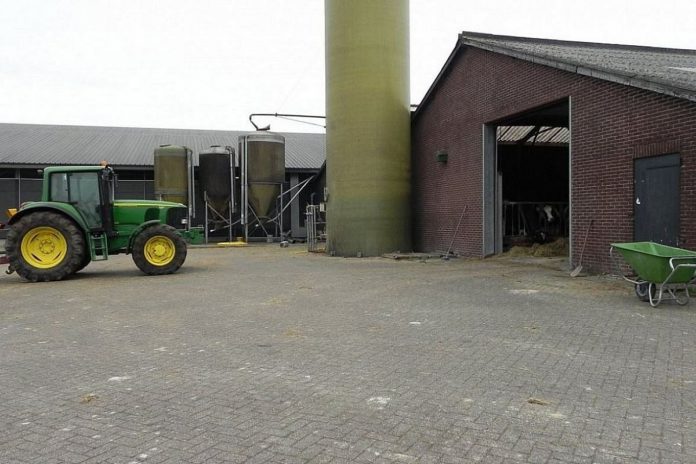 April 4th, 2003, was like any other day in our house until that evening we got a phone call to say, my daddy, Eric, had fallen off a ladder, writes Ruth Parkes.

Every person’s worst nightmare. Daddy was fixing a lightbulb inside our cattle shed when the ladder slipped.

Due to farm work and his day job, daddy was well used to handling/climbing up and down ladders. He fell 14-foot from the top of the shed and landed between a girder and a cow cubicle, which at the time, had cows and a bull in it.

He managed to pull his mobile out of his pocket with his teeth and use voice recognition to shout into the phone to ring mummy.

I remember mummy getting the phone call, I was 12-years-old at the time, and her calmly telling me: “We have to go, daddy has fallen off the ladder.”

The whole time she was trying to put me at ease, but she must have been worried sick inside.

We got round to the farm and we rang the ambulance, who took him to Craigavon Area Hospital where he was diagnosed with a smashed elbow, broken ribs, and severe bruising.

Later that night, he was transferred to The Royal in Belfast, so they could operate on his arm.

Due to his elbow being completely smashed, they had to put metal plates and screws in. He resided there for over two weeks.

It took 6 months for him to recover from the incident, but he has still limited movement in his right arm since the accident.

But he is alive and that’s the main thing. I have known so many people who have fallen off ladders throughout the years and have had more severe injuries than my dad or have unfortunately passed away.

My daddy learnt a lesson a hard way that day, to never go up a ladder without someone holding the bottom of it. When doing jobs like these on the farm, please have someone with you.

A few years later when closing a cow house door, his foot caught underneath it. He thought nothing of it and just motored on until about 15 minutes later, when he felt his foot wet.

He took his wellie off and the whole back of his heel was hanging off. Off to Craigavon, he went again, this time coming home with 19 stitches.

Looking back, he says stupidity caused it, too busy rushing around trying to do too many jobs at the one time, something farmers are very guilty of doing, I think.

We need to take our time and always expect the unexpected as you never know when things could change in an instant.

Think safe and be safe

This year alone there has been too many farm fatalities – it felt for a while there as if one was happening every day of the week! Please think safe and be safe on the farm.