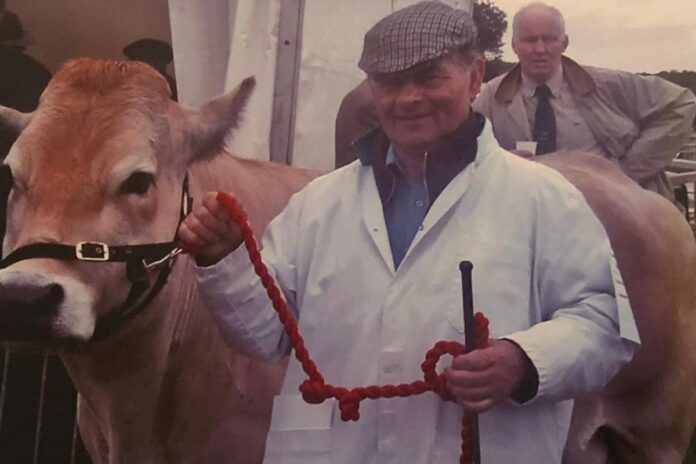 The first importers of the Aubrac cattle breed into Ireland, Derry, and Sean O’Driscoll of Skibbereen, Co. Cork, have received a National Hall of Fame Award.

Two of the Irish Aubrac Cattle Breed Society’s founding members have been recognised for their outstanding service, dedication, and commitment to the breed’s development in Ireland.

Minister Pippa Hackett, Minister for State for Land Use and Biodiversity presented the awards at its recent 2022 awards ceremony.

The National Hall of Fame Awards acknowledge individuals that have made a special contribution to excellence in developing livestock breeding in Ireland, focusing on bovine, equine, and ovine breeding.

The first 5 Irish Aubrac calves born in Ireland were born on the farms of Derry and Sean O’Driscoll, in Co. Cork in 1992.

They imported them from the UK as embryos. Of two bulls from this first batch of calves, Coolnagurrane Adam went on to the bull testing station in Tully.

According to the society, he was the first Irish Aubrac bull available through AI. Thornhill Alice was the foundation cow of Sean O’Driscoll’s herd.

Derry and Sean were founding members of the Irish Aubrac Society in 1998. Subsequently, they were on the council for several years. They held voluntary positions to help advance the breed and the society.

Trips to France and ag shows

Furthermore, both Derry and Sean built their herds around animals imported from France. This has required many trips to French farms and livestock shows around the Auvergne region to bring the “best” bloodlines back to Ireland.

Over the intervening period, Sean and Derry’s passion for the Aubrac breed has not dulled.

With a small group of fellow breeders, they have been involved in showing the Aubrac breed at the annual National Ploughing Championships and other livestock shows nationwide.

Furthermore, they have introduced interested farmers to the qualities of the breed, its docile nature, easy calving, and high feed conversion.

“Their National Hall of Fame Awards are a fitting recognition of the immense contribution that they have made to developing the Aubrac breed in Ireland, and supporting their fellow breeders and farmers that want to use Aubrac for their beef cross in dairy and in beef herds.”