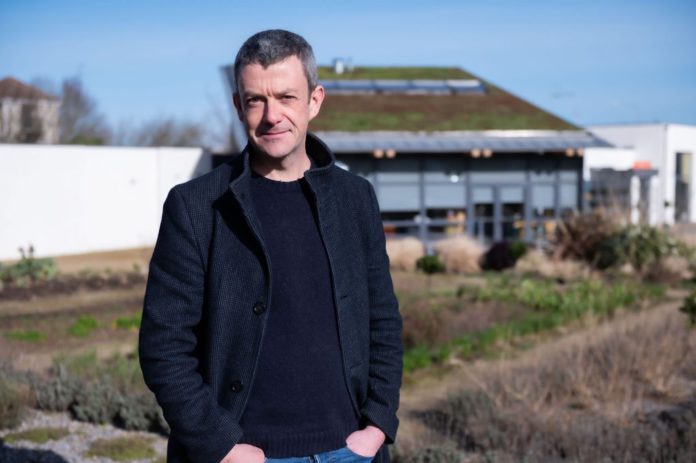 Want to help reduce harmful emissions? Grow your own food

Growing your own food can play a significant role in reducing the adverse impact greenhouse gas (GHG) emissions have on the planet, says Mick Kelly, founder and CEO of Grow it Yourself (GIY).

The United Nations’ COP26 climate change conference has highlighted the drastic action that countries need to undertake to avert a climate catastrophe in the coming years.

In response, last week, the government published its Climate Action Plan that, amongst other measures, sets a target of cutting the agriculture sector’s GHG emissions by 22-30% by 2030.

According to the Sustainable Energy Authority of Ireland, overall agriculture emissions accounted for 37.7% of total GHG emissions in 2020. Livestock is responsible for the lion’s share of these emissions.

Kelly believes that growing some of your own food is a transformative step towards connecting with farmers and nature in a way that a sustainable food system demands.

“We simply cannot shy away from the fact that our food is a major part of the climate change problem. But the good news is that many solutions are right in front of us.”

Food growers more likely to have a plant-based diet

“Our research shows that food growers are more than 50% likely to have a predominantly plant-based diet compared to the general population.”

He adds that homegrown food is, by definition, the most sustainable, nutritious, and delicious food imaginable.

And concomitantly, it makes sense that one would want food that you have grown yourself to form a bigger part of your daily plate.

Fertiliser is the second biggest contributor to agricultural emissions. Kelly says a whole-scale shift towards chemical-free, organic production is needed.

He contends that although organic food is more expensive, switching to a more plant-based diet, helps makes this possible.

“Organic soil also has the potential to be a major carbon sink. Supporting farmers who love their soil and cultivate organic matter into it is not just about damage limitation. It is also about taking carbon out of the atmosphere.”

“The more food growers learn to care about their own soil, the more important this becomes when they visit the supermarket as consumers.”

Furthermore, Kelly says buying directly from farmers at local markets or through box schemes instead of food retailers, ensures that many foods do not have to travel so far to reach us.

It also ensures that the middleman does not squeeze out food producers, he added.

“People that grow their own food are more than twice as likely to buy direct from local farmers than the average person.”

And when it comes to food waste, “food growers show different behaviour to the general population”. Over 40% are more likely to avoid letting almost any food go to waste.

According to the Environmental Protection Agency, Ireland generates more than one million tonnes of food waste every year. Globally it is estimated that food waste generates about 8-10% of GHG emissions.

Kelly says one of the greatest threats to progress on the food system is tension between food producers and climate activists.

“But growing food can turn a person into both. We need more and more people to become both.”

“Our collective health and wellbeing are intimately tied to the success of our farmers. By walking a mile in a farmer’s boots, we can go beyond finger-pointing and support transition policies that protect the planet as best as we can.”

- Advertisement -
Previous article
Heifers to €2,080 and cull cows to €1,870 at Castlerea
Next article
Synthetic N fertilisers: A major driver of the climate crisis