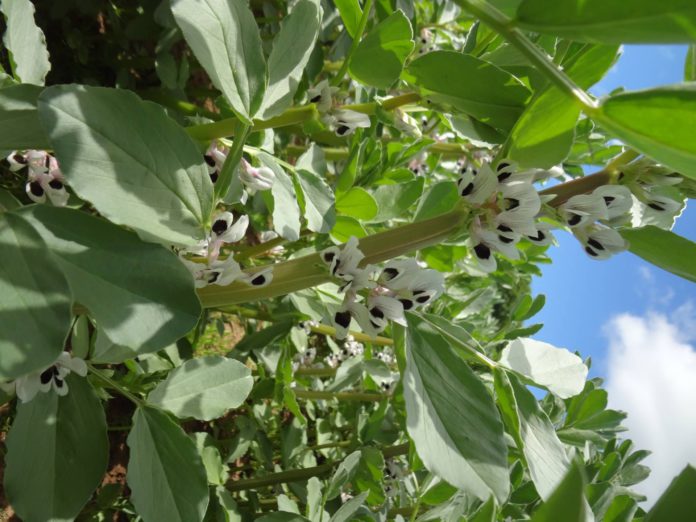 Growing protein crops – everything you need to know

According to CAFRE, the financial support the Protein Crop Scheme offers has renewed interest in growing protein crops.

This was the focus of a recent webinar held jointly by DAERA, AgriSearch and AFBI.

The three crops eligible for the scheme are peas, beans and lupins, and each crop must be grown as a single species stand and not in mixtures with cereals or other crops, including under-sown grass.

Leigh McClean, a crops adviser with CAFRE, pointed out that for an arable farmer protein crops may offer a useful take-all break crop option and provide several other benefits.

Here are some key take-home messages from the webinar.

Farmers can use these as part of an integrated pest management strategy to get on top of difficult-to-control grass weeds.

This strategy offers the opportunity to use stale seedbeds and herbicides with alternate modes of action once the crop has emerged to counteract the development of resistance in some weeds.

As protein crops are flowering crops, they bring diversity to the landscape and provide a feed source for pollinators such as bees.

With protein crops, there is potential to spread the workload. For example, spring beans may be suitable for earlier drilling than spring cereals and are later to harvest than other combinable crops.

However, there are some important aspects to consider before planting a protein crop.

The first being, do you have a market for them? On mixed farms, they can reduce the amount of bought-in protein required as stock feed.

For arable-only operations, there may be potential to sell to neighbouring livestock farms or local feed mills, some of whom currently use peas and beans as part of their rations.

Consideration needs to be given to harvest, treatment and storage of the crops. Harvest can be late in the case of beans or tricky in the case of peas as they tend to lodge.

It is also important to consider the nutritional value of any protein crop grown, an issue that was examined in several recent studies undertaken at AFBI.

These studies, which DAERA and AgriSearch jointly funded, examined the impact of including locally grown field beans in dairy cow diets.

Conrad Ferris, a dairy scientist at AFBI Hillsborough, explained that beans were included in dairy cow diets in two separate experiments to examine the effect of inclusion level.

The maximum inclusion level in the first study was 4.7 kg beans per cow per day, and this had no negative effects on cow performance.

However, in a second study, beans were included at up to 8.4 kg/cow per day, a much higher level than would be advised in practice.

While neither intakes nor milk yields were affected at this high level of inclusion, both milk fat and milk protein levels were reduced. Based on these experiments, maximum inclusion levels of 4 to 5 kg field beans per cow per day are advised.

A third AFBI study demonstrated that cow performance was unaffected when either dried, milled beans or moist propionic acid treated beans were offered to cows, thus, providing an option for beans’ home treatment.

These experiments have clearly demonstrated that field beans can partly replace some of the imported protein in dairy cow diets.

It is essential to consider the pros and cons of growing a protein crop on an individual farm level.

The new Protein Crop Scheme enables growers to trial it on their own farm, providing a financial safety net, thus reducing the financial risk of trying out a new crop.

You can find more farming tips and advice by clicking here.