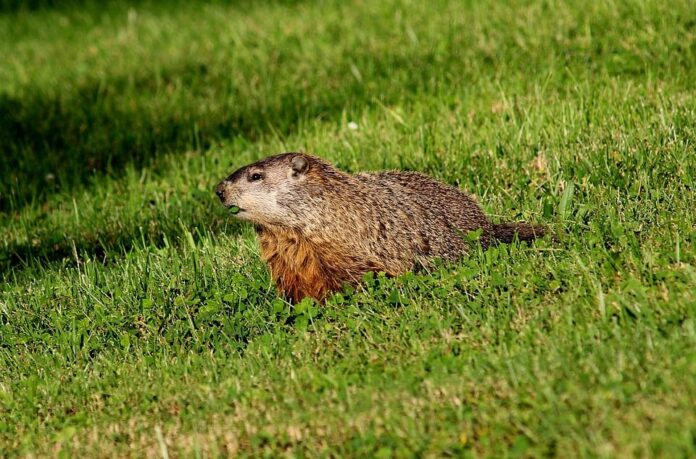 Woodchuck Vs. Groundhog: What is the difference?

Groundhogs are well-known rodents, a symbol of the arrival of spring.

However, what most people do not know is how a groundhog and a woodchuck differ.

Which one is right?

Well, before we get into anything more let us tell you that they are actually the exact same type of animal. The main difference is the etymology, so, let’s start there.

For more information, do not hesitate to check out floofmania, or if you are really curious about groundhogs, take a trip out into the countryside and try to spot one, get to know them in their environment, but be sure not to invade their habitat.

The primary difference between a woodchuck and a groundhog is in the etymology; they are actually the same animal!

These different names are most likely to have come from differing etymologies worldwide. Consider it has also been called woodchuck, wejack, and woodshaw in Native American cultures.

The scientific name for the groundhog is monax, which most likely came from the Native American word for the phrase “the digger”. However, most people now will refer to it as a groundhog.

In British English, the same animal is called a woodchuck; however, these are not the only names for the animal; it is also known as a land beaver and as a whistle pig.

Whistle pig comes from the sound of their call, as it sounds much like a shrill whistle, but land beaver is a basic description of their behaviour and their habitat.

Of course, their British English name causes us to ask, “How much wood would a woodchuck chuck if a woodchuck could chuck wood”.

The answer, none. Woodchucks do not really eat wood. They only eat the bark of the tree if they come out of hibernation before any vegetation has sprung back up.

So, really, woodchucks are only chucking any form of wood at all in some very specific circumstances.

Groundhogs come from the marmot family, and they are closely related to large land squirrels.

Note how they are different from squirrels and what they look like that makes them different.

The groundhogs most noticeable feature is their top incisors, a very easy-to-spot feature in their mouths.

This is their characteristic that allows them to chow down on all of your precious garden features.

However, in a similar way to squirrels, they are brown-grey in colour, but have significantly stockier bodies, at around 16-20 inches in length, with short and stocky, dark tails at around 4-7 inches in length.

Squirrels and groundhogs belong to the same family as prairie dogs as well, all part of the Sciuridae family, which makes up a massive amount of tree and land rodents.

As they are all part of the same family, they all have similar characteristics. So, they will all burrow, hibernate, and ruin your well-designed garden.

Groundhogs also hibernate; when they are preparing, they stock up on food, like any other creature which hibernates.

In the summer and autumn months, they will spend a great deal of their time gnawing their way through gardens and burrowing.

This is often why people scorn them, as it can cause issues with ground stability in some places.

They are herbivores, so they also enjoy eating vegetables, fruit, grass, and tree bark. So, if you plant peas, beans, carrots, or have grass, expect visitors.

This feeding frenzy allows these little rodents to store up fat in their bodies for their hibernation through the winter, which they start in October until they start breeding in March.

Groundhogs will hibernate in burrows beneath the ground, and when they do, their heart rate plummets from 75 to 4 beats per minute.

If you have a groundhog hibernating in your yard, expect peace during this season and then unbridled chaos when spring hits.

Groundhogs are well known to be able to predict spring weather before spring is even officially here.

Groundhog Day has long been celebrated, but there is no actual evidence that groundhogs actually have the ability to forecast the seasons this well.

Candlemas Day began in Europe and came to America when Germans landed in Pennsylvania in the 1700s.

And there was a legend that should a groundhog see a shadow, there will be six extra weeks of winter, but if not, then spring will come sooner.

Groundhogs usually see their shadows, and the groundhog has only ever correctly predicted the seasons/ weather 40% of the time, but this tradition carries on.

Groundhogs live in the North Americas, handling the humid summers of the South, and the icy winters of the North, living as far towards the poles as Canada and even Alaska.

Groundhogs create these very intricate tunnels underground as whole systems. They even encompass rooms in which to eat, sleep and even make their own rooms as bathrooms!

A majority of groundhogs will go back to the same burrow for their whole life, but some groundhogs are members of multiple burrows.

Groundhogs value their underground burrows a lot since it protects them from the elements and predators alike, giving them a safe haven to snooze through the cold winters.

Why Are Groundhogs Called Woodchucks?

It is entirely possible that groundhogs also got the name “woodchuck” thanks to the Algonquin people who called this animal the “wuchak”. Eventually, this may have been adapted by English settlers who lived in North America, making it sound like “woodchuck”.

But, remember, woodchucks do not actually chuck wood at all, nor do they technically eat it (bark is not technically wood, after all).

So, the name is actually nothing to do with any behaviour and may indeed just be an adaptation of another culture’s word for this animal.

A Rodent Of Many Names

Groundhogs, or woodchucks, belong to the same group of ground squirrels that is known as marmots.

They are among the largest of the squirrel family known as Sciuridae, which is the family including prairie dogs, chipmunks, and so on.

These rodents eat plants, but groundhogs also chow down on insects, grubs, and snails. They have plenty of names:

Woodchucks tend to live around 5 to 6 years, which is pretty normal for a wild rodent, or even good; however, this is in the wild. They can live even longer in captivity, with some even living to be over 20 years old or even more.

The most well-known groundhog, which was named Puxatawney Phil, has been around for decades; however, it is very unlikely that this is the same groundhog!

This is often why they are well known for doing damage to crops or gardens, and in many places, groundhogs are often seen as pests.

Note that they do not eat during their hibernation, instead their bodies make use of the fat reserves they have built up in the months beforehand.

Around February, groundhog males will walk out of the burrows, and come out of hibernation in search of female burrows.

When a male finds a female burrow, they will go inside. There is no 100% proof, but it is believed that the males do this to introduce themselves to a potential mate.

Groundhog babies are usually hairless and blind, but they do not take long to mature fully. These babies will usually be mature in around three months (or thereabouts).

Once groundhog offspring after matures, they will usually leave their mother and head off to dig their own burrows. These rodents will usually live no longer than 6 years in the wild.

Groundhogs are squirrels belonging to the same family, with some people even referring to groundhogs as being giant ground squirrels. In fact, while squirrels are everywhere, groundhogs are even more widely distributed out of all of the rodents in this species.

Groundhogs Fill In For Hedgehogs

In America, we used groundhogs for ‘Groundhog day’ which is linked to Candlemas, a Germanic tradition. However, in Europe, they did not have groundhogs and instead badgers or hedgehogs were used.

When the Europeans came to America, there were no hedgehogs or badgers to point fingers at. Groundhogs got the role of these animals simply because they were already there and they were large enough.

Simply by being in the wrong place at the wrong time, groundhogs end up being named as the prophets of winter.

There have been animal rights movements around Groundhog Day, arguing that these animals should not be displayed or interrupted from hibernation for Groundhog Day.

As a result, PETA has argued to replace groundhogs with robots that are equipped with AI technology that detects shadows in the same way that groundhogs do and how Groundhog day works. Although, the whole legend around Groundhog Day is not even 100% accurate.

Their Homes Are Very Impressive

Groundhog burrows fall between 8 and 66 ft in length, fitted with many chambers and an impressive amount of exits.

They even layer their burrows in some cases, with some sections of the burrow for hibernating and others that are more like a summer vacation home.

They even have bathrooms!

We all knew rodents were intelligent, but groundhogs have really got us amazed there!

Groundhogs are seen as pests

Since groundhogs are so great at tunnelling and making burrows, they are quite the headache for farmers, tractors can break axles over them, and these impressive tunnel systems break equipment.

Let us not forget they have a taste for the vegetation the farmers are growing in the first place!

Groundhogs only seek out their own kind to mate; otherwise, they are pretty solitary creatures, so males do not even know where females are until it is mating season.

Even maternal duties are brief!