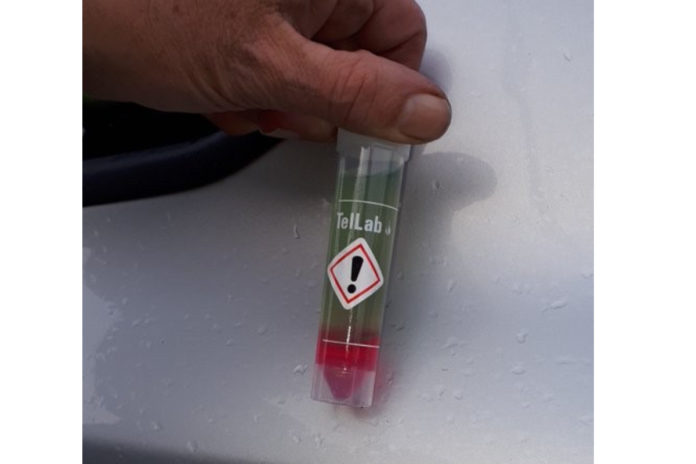 Green diesel use: What you need to know

In light of the rising costs of fuel at pumps, at this point, there is “no evidence of an increased use” of marked gas oil or ‘green diesel’ in ordinary road vehicles.

That is according to Revenue (The Revenue Commissioners), who provided confirmation, by means of a statement, to That’s Farming this week.

The Irish government state agency informed this publication that tackling shadow economy activity in all its forms, including any form of misuse of marked mineral oil,, is a “key” priority in its drive to maximise compliance and protect legitimate trade.

In the statement, Revenue highlighted that marked gas oil (MGO) on-road diesel attracts higher excise duty and VAT than diesel for off-road use.

A marker is added to diesel intended for off-road use in:

MGO is ‘green diesel’ or ‘agricultural diesel’ (or ‘red diesel’ in Northern Ireland).

As the Revenue spokesperson highlighted, its use in ordinary road vehicles is illegal.

What vehicles can use MGO?

The Mineral Oil Tax (MOT) legislation defines a motor vehicle as mechanically propelled that is designed, constructed, or modified to be suitable for use on roads.

Mineral oil used for combustion in the engine of a motor vehicle is taxable at the standard rate.

The legislation further defines vehicles that are not regarded as motor vehicles and, as such, may use fuel on which MOT has been paid at the reduced rate i.e., Marked Gas Oil (MGO).

“Whether the use of MGO is permissible, depends upon the type of vehicle, rather than the actual use to which the vehicle may be put on a particular occasion.”

“For example, vehicles designed for use in agriculture, such as tractors, combine harvesters, silage harvesters, etc., may also use MGO.”

“Similarly, vehicles for use in the construction industry, such as excavators, dumpers, forklifts, etc., may also use MGO.”

“While these vehicles are designed for off-road, they may legitimately use MGO for travel on public roads.”

Furthermore, Revenue stated that its compliance framework is risk-based. It stressed that confronting non-compliance is a “standard” element of its work.

The spokesperson confirmed to That’s Farming that Revenue determines these checkpoints by:

“Revenue policy is that all detections of the misuse of marked mineral oil are investigated with a view to prosecution.”

“The maximum penalty on summary conviction for a first offence is €5,000.”

“Revenue is not complacent as regards the misuse of marked mineral oil and fuel laundering.”

“We are alert to the risks posed by the illegal fuel trade. We are ready to respond to any new developments in this area,” the spokesperson concluded.

- Advertisement -
Previous article
New TV series dedicated to rainfall
Next article
Quiz: Think you are a judge of cattle?