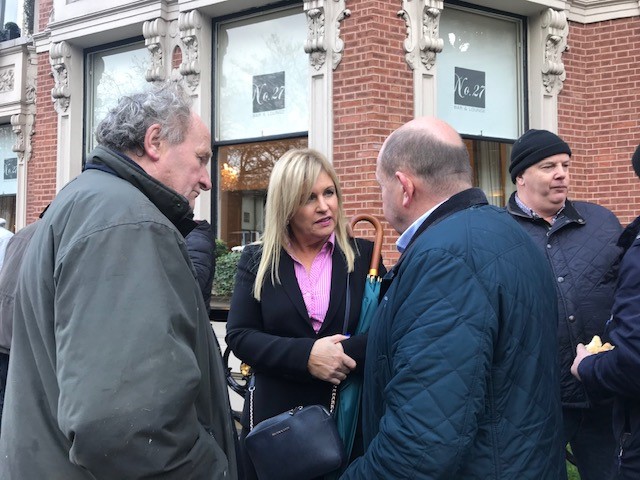 ‘Government cannot continue to ignore the plight of farmers’ – Senator

Rural Ireland without farming is just not viable, according to Mayo Senator, Rose Conway-Walsh, who joined with the hundreds of farmers who protested in Dublin this week.

“The sight of hundreds of farmers and tractors, gathered in the pouring rain outside Government buildings and the refusal of the Minister or Government representatives to even come out and talk with them, for me, summed up the consistent neglect of rural Ireland.”

“Government cannot continue to ignore the plight of farmers.”

“We have to ensure a proper price is paid to farmers with a proper scrutiny of pricing structure employed by meat processors.”

She called for a fairer re-distribution of basic payment to benefit farmers in the West on low entitlement values and support a move to full convergence.
“The GLAS scheme has to be rolled over while CAP negotiations are ongoing and it must be reopened for all farmers who exited AEOS in 2018.”

The Senator said that farmers have been responsible custodians of land and rural Ireland for generations. “We have to ensure adequate compensation is paid to farmers who have land designated as S.A.C. or S.P.A.”

“The payment for such lands has been grossly inadequate under AEOS and GLAS.” Conway-Walsh added.

She said a number of GLAS farmers are still awaiting their 2019 payment which was due in November last year.

“Most of the farmers left waiting are along coastal areas from Louisburgh to Ballycastle. Commonages have been inspected by satellite and minor changes have been made.  These changes have led to an IT problem when trying to pay applicants.”

This problem, she added, is still ongoing with no definite date for payment.