That's FarmingThat\'s Farming Irelands Largest Farming News, Properties and Classifieds Network
HomeDairy‘Currently, it is not about making a fortune; it is about trying... 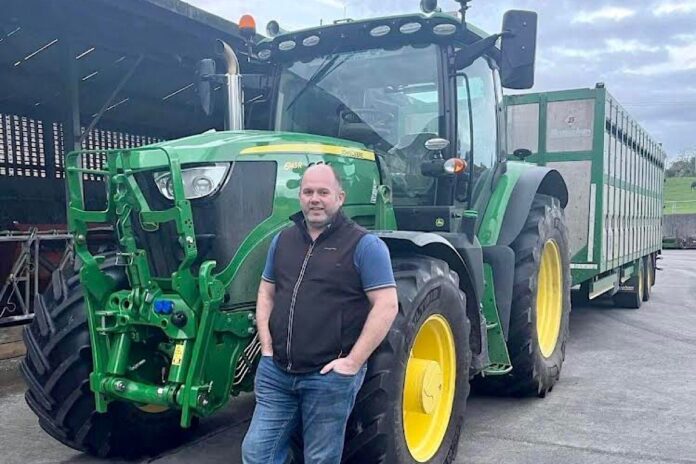 As part of this week’s Agricultural Contractor of the Week segment, That’s Farming profiles Glenn Porter Agri Contractor. He discusses leaving school to establish his agricultural contracting business, juggling farming with this work, making up to 15,000 bales and the challenges facing the sector.

At the age of fifteen, Glenn Porter from Malin, County Donegal, left secondary school and three years later, in 2003, established his own agricultural contracting business.

His uncle helped him invest in a Welger rp-220 baler, a Kuhn mower, and a McHale 991BJS Joystick Controlled Trailed Round Bale Wrapper.

In addition, Glenn and his sister, Donna, operate an 80-cow dairy herd of Montbéliarde, British Friesian, Norwegian Red, and Fleckvieh cows, which they established in 2017 with 36 females.

Glenn’s father, Terence Porter, is now retired and farms and helps in the agricultural contracting business.

In 2009, Glen developed his business further and now employs two operators, serving a 20-mile radius of a Carndonagh.

He mows and buckrakes silage for another agricultural contractor, with his services including:

Building a customer base

The business built up its customer base through word of mouth and from opportunities arising over the years from other agricultural contractors exiting the field.

Glenn feels cash flow is the “hardest” part of the job with rising input costs, but with the dairy farm, he can balance both businesses.

“The agricultural contractor doing a lot of work needs a lot of money to keep the wheel turning.” 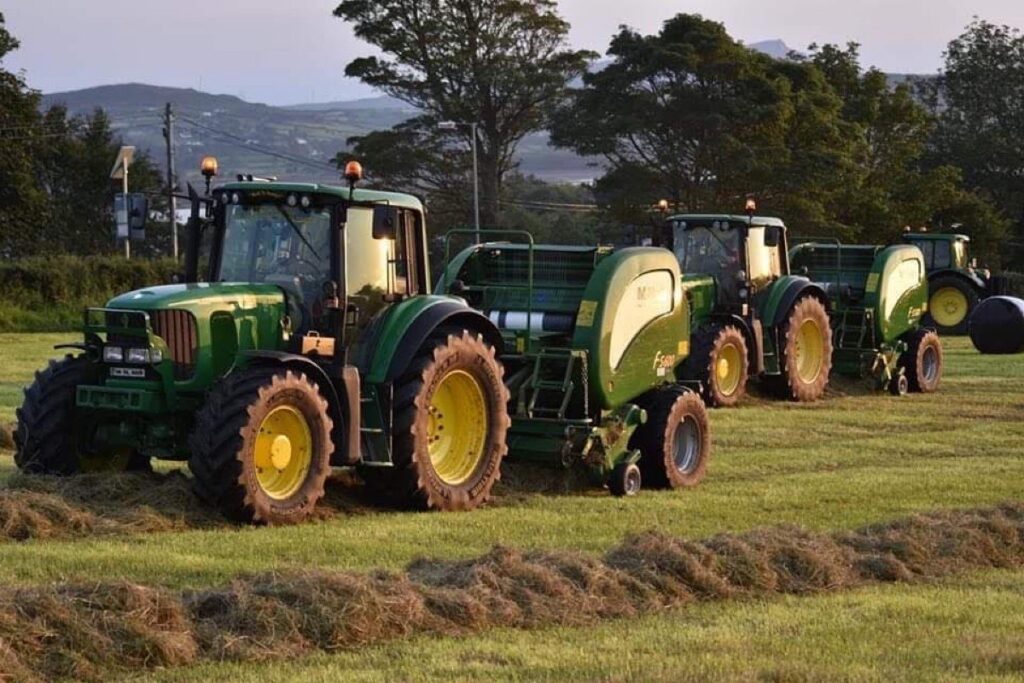 Baling is the firm’s number one service making up to 15,000 bales across 180 customers, which includes up to 1,000 silage bales and up to 500 bales of haylage of his own that he will sell.

Moving bales from farm-to-farm in the winter and livestock haulage for farmers to marts and factories are the next popular services, followed by up to seven weeks of slurry spreading.

The company intends to change its current slurry tank for one fitted with a Low Emission Slurry System (LESS) dribble bar this year.

“I do not see an opening for a dribble bar. The government is pushing everyone towards it at the minute, but people are happy enough with the current system I have.” 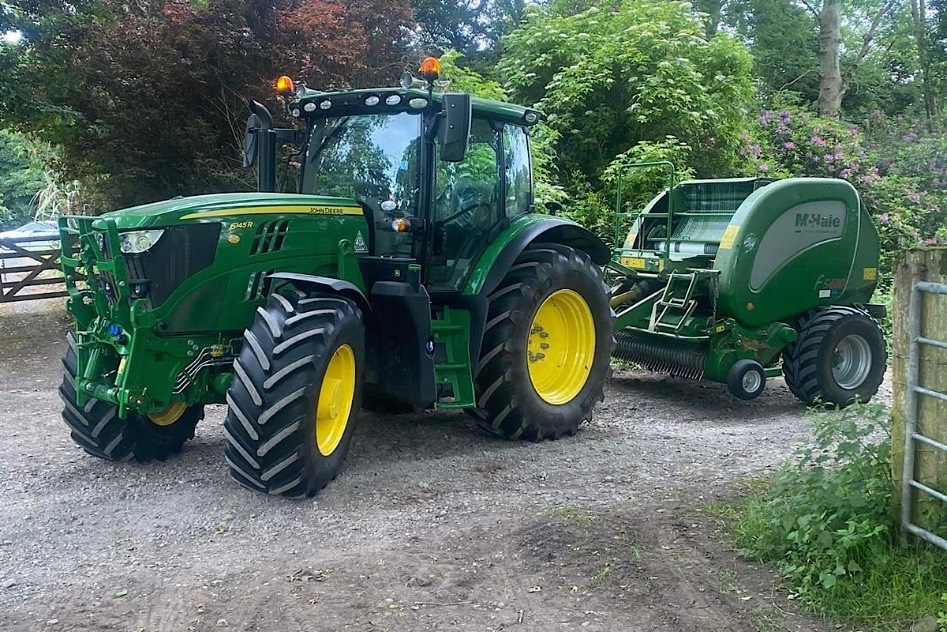 Glenn changes oil/services all tractors but contracts out further tractor maintenance and upkeep of his John Deere tractors to Stephen Moore Farm Machinery, Coleraine, who he finds provides a “very good” service.

“It would be a bonus if you could have some mechanical skills. I always tell people if they want to be an agricultural contractor, it helps to be mechanically-minded to deal with the inevitable breakdowns.” 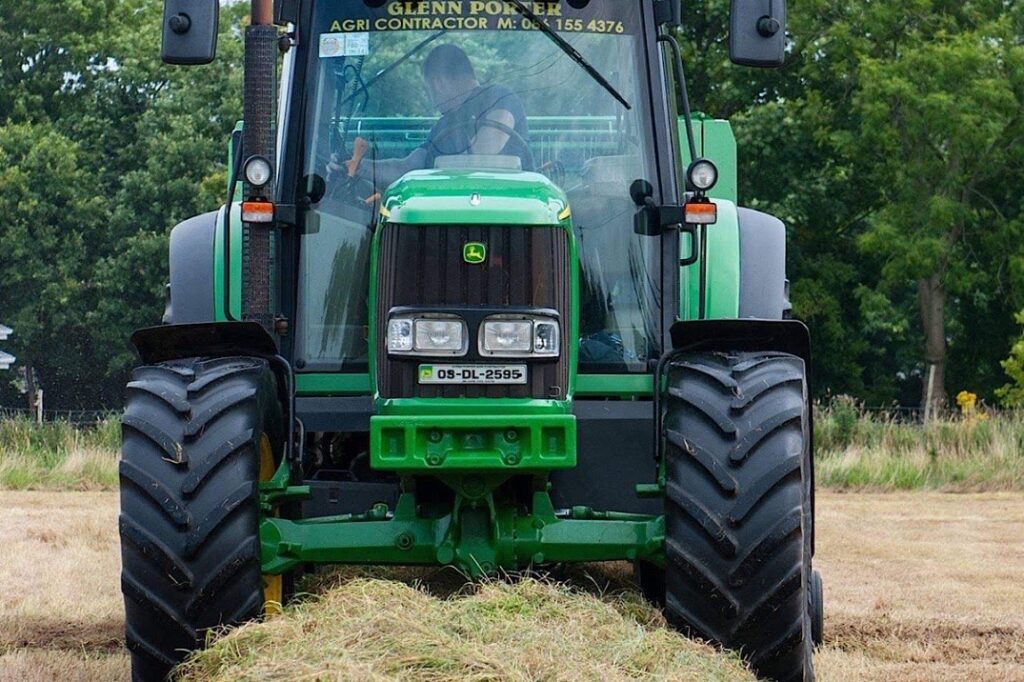 Glenn described the cost of fuel, balewrap prices, and upkeep of machinery as “scandalous” and faces difficulty sourcing parts for tractors and machines.

The agricultural contractor explained that he nearly gave his supplier “the same amount of money in June 2022 as in the whole summer of 2020 for diesel”.

“The government does not know what way they are heading, so it is very hard for you to be farming and know what direction to head when they change the goalposts all the time.”

The contractor revealed that while he has increased his rates, it has not been in line with rising costs and said, “if you charge too much money, it does not pay the farmer”.

“You are trying to think of a balance just to make it work. At the minute, it is not about making a fortune, it is about making a living, trying to cover costs, keep the show on the road, and keep the farmer going at the same time.” 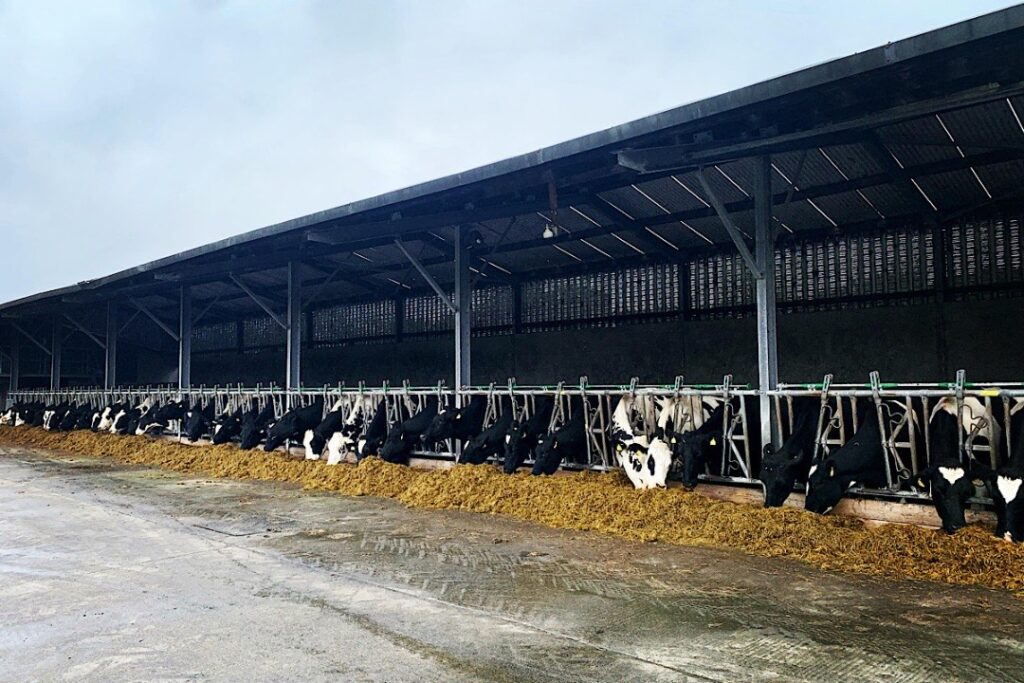 Plans and the future of agriculture

In his view, the key elements of running a successful agricultural contracting business are to provide a “good” service, operate “good” machinery, carry out a “good” job and employ “good” and “well-mannered” operators.

Glenn says although he enjoys his job, he would advise against establishing an agricultural contracting business and said if he were the age of eighteen again, he “would not start it”.

He added it is a “hard life”, and with costs, bookkeeping, and keeping cash flow going, it is “very difficult” to balance.

Glen intends to grow his customer base, continue updating machinery, and if an opening in the market appears, would not hesitate to employ further workers, or expand his business.

His aims are to continue to provide “good” customer service and grow his baling service to between 18,000 and 20,000 bales.

“I think the future of farming is very uncertain at the minute, and if we are not careful, farming will be on the way out through the government with their unrealistic targets and blaming emissions on farming.”

“I find young people are more reluctant to get into farming, and with costs of fertiliser, feed etc rising; I do not blame them,” the agricultural contractor concluded.