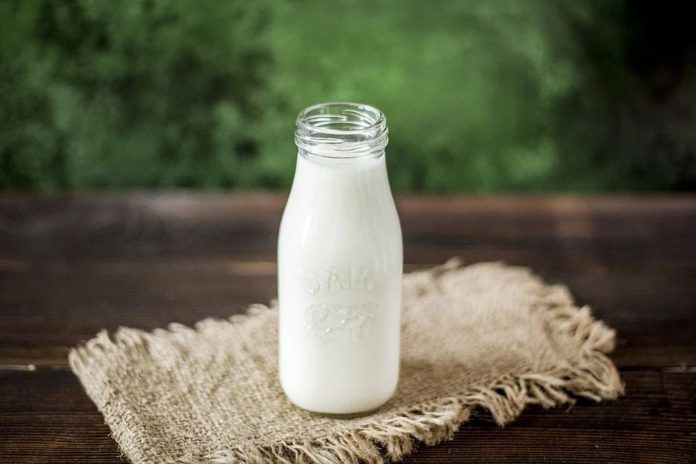 What do glass bottles have in store for the dairy industry?

Maeve Ni Raighill, BSc (Hons) in Agricultural Science, asks what do glass bottles have in store for the dairy industry?

According to several studies by European universities, a fading memory for the older generation, the old glass milk bottle appears to be making a comeback.

The phenomenon has been discussed in the media by some of the country’s most notable politicians, entrepreneurs, journalists and researchers within the last couple of years alone.

Why is this so? What impacts will it have on health, the environment and the dairy industry as a whole over the coming years?

In more recent times, it has only been that the perhaps eccentric choice of glass over plastic has been implemented in the mainstream eye.

In February 2020, for example, Waterford City and County Council announced that it planned to eliminate single-use plastics from all council buildings, hired venues, catering and all events it organises.

This was driven in part by the European Commission’s adoption of the first-ever Europe-wide strategy on single-use plastics in 2018.

One of the main drivers for this is the radically increased environmental consciousness amongst the general population.

Even outside of the EU, there has been a notable shift in attitudes. Milk ‘vending machines,’ each containing glass bottles, have been popping up across Northern Ireland over the last two years – and continue to do so.

However, being “keen to go green” is not the only reason behind this. Another significant factor is health consciousness.

Studies from authoritative sources, such as National Geographic, Time, Business Insider, The Guardian and the New York Times, along with countless research papers published by universities across the world and even the U.S Food and Drug Administration, have highlighted the drawbacks of using plastic bottles when compared to the relatively advantageous traits of glass bottles.

Despite this, most of these sources have only been published within the last decade – so who was saying what when plastic first replaced glass?

We do not have to look too far, as we can find a critique from a local vet. Timothy ‘Tadgh’ Stephen Quill, M.V.B, M.R.V.C.S (December 26th 1932 – May 8th, 1970), a city veterinary surgeon for the Cork Corporation, was a notable example of one who criticised the introduction of plastic milk bottles in the 1960s.

Quill had a strong association with milk, its production, sale and its scientific aspects.

Before his early death due to cancer in 1970, he had been lauded for improving Friesian breeding in the days before Irish membership of the EEC.

A former member of the General Committee (now known as the General Council) of the Munster Agricultural Society, the MAS Tadgh Quill Challenge Cup for Best Young Friesian Heifer is named in memory of his notable contribution to pedigree Friesian breeding, as it was something in which he was nationally renowned for.

Examining the possible effects on long-term use of plastic milk bottles, Quill noted that those using plastic bottles were, in effect, swallowing millions of microplastic particles per day.

He claimed that they were inherently carcinogenic, as certain chemicals found in plastic, such as phthalates and bisphenol A (also called ‘BPA’), can act as toxins within the body associated with certain cancers, such as breast cancer and liver cancer.

In addition, he suggested that it could contribute to altered brain development and heart complications in certain persons – all exactly what reports from Harvard, Chicago’s School of Public Health and other highly regarded medical institutions have expressed only in more recent years.

Quill, a local vet, was clearly streets ahead of his time in this regard and has clearly played a distinguished role in agricultural life nationally.

To note, the design of early plastic milk bottles was much less refined then than it is today. However, the principles and effects remain largely the same.

The unsettling conclusion of a study published in 2018 in Frontiers in Chemistry that analysed samples taken from 259 bottled waters sold in several countries and found that 93% of them contained ‘micro-plastic’ synthetic polymer particles.

According to the author of the study, several particles were visible to the human eye without the aid of a magnifying glass or microscope.

The changes brought by the gradual re-adoption of glass bottles could be pervasive and beneficial.

Aside from glass having an endless recycling life, glass is an ideal material for containing dairy and other food products. It extends food product shelf-life, preserves product quality and reduces food waste.

Unlike plastics, moisture is less likely to get in the container or bottle, keeping your food safe from mould or going stale faster than desired.

Plastic erodes over time which results in chemical leaching and altered taste. Due to its inert nature, you can reuse glass bottles over and over again.

Glass products can be easily and conveniently cleaned and sterilised in a way that ensures that they maintain their high-quality standard.

BBC News has reported that several dairy processors have willingly supplied a significant increase in demand for glass, which has helped to boost their sales and public image.