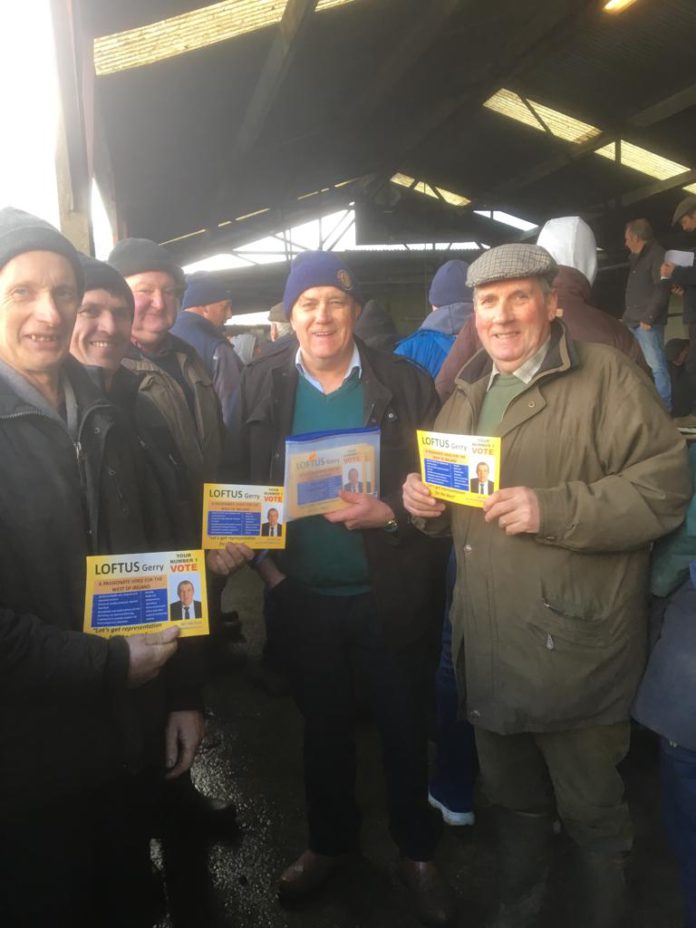 ‘Cattle were the same price 40 years ago’

Farmers are concerned about their future in terms of climate change, the next CAP (Common Agricultural Policy) and prices – that’s according to independent election candidate, Gerry Loftus.

The founder of Ireland’s Future was on the campaign trail at Mayo-Sligo Co-op Mart on Tuesday, January 28th.

“Cattle were the same price forty years ago, one man said as he stressed that the cost of everything has increased dramatically,” Loftus explained.

“There were other complaints from two farmers where forestry was planted within thirty metres of their homes, blocking light and their view.”

“One of them said: that’s how it is – there is no planning permission when it comes to forestry,” Loftus added.

Special status for the west

He told farmers at Mayo-Sligo Mart that the west of Ireland is special because of its land-type. “We must now look for special status for the west.”

“We have the most valuable land in the world for carbon sequestration but politicians want our land to write off carbon emissions from industry.”

“I urge people to think carefully before casting their vote in this election, which I view as crucial for the entire country,” he concluded.